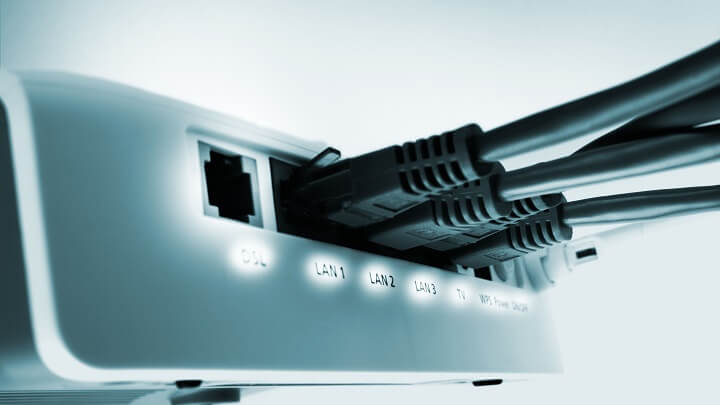 In today’s world, being connected to the internet has virtually become a must. This leads us to the need for a reliable and secure internet connection. In this aspect, broadband is one of the most effective options available. ADSL, or Asymmetric Digital Subscriber Line, is one of the most used broadband technologies.

The difference between ADSL and ADSL2 is that ADSL2 is an enhanced form of ADSL that has a maximum speed of 12Mbps (Megabytes per second), while ADSL can only go up to 8Mbps in maximum speed. For example, ADSL2 can reach a greater distance with less copper lines or junction boxes than its predecessor, ADSL1.

Broadband technology starts with ADSL, which is the most fundamental form. An internet connection may be made via a phone line, which is called a “subscriber line.” Internet technology, which is prevalent in both homes and businesses, is inexpensive and simple to set up. The copper cables in a standard landline phone are used to create an internet connection.

ADSL2 is a newer form of ADSL broadband technology that is more efficient and reliable. Internet speeds are much improved compared to the previous model. ADSL2 is backwards compatible with ADSL and employs the same technology. ADSL2 comes with a faster data transfer rate as an upgrade.

What is ADSL, and how does it work?

internet technology is a godsend in the business and at home, where high data speeds are required. Broadband ADSL was one example of a broadband technology that utilised a standard two-way telephone link for an online connection. Asymmetric bandwidth and bit rate, as the name suggests: ADSL has a larger bandwidth and bit rate in the downstream direction than in the upstream direction

For the most part, ADSL is used to connect to the internet and to download large files. Despite the fact that it may also be used for browsing, downloading has always been its primary focus. A maximum data rate of 8Mbps may be achieved with this device. Using a spectrum above that used for voice calls, this data is sent at a much faster rate.

In most cases, ADSL is available within a few hundred feet of the telephone exchange. For this reason, ADSL2 outperforms the standard ADSL in terms of data rates, as long as the other requirements are maintained the same. Even while ADSL can only handle a significant quantity of noise, it performs better than ADSL in this regard.

Still, ADSL is the most popular option for homes. People favor ADSL over other modems because it gives a greater bit rate at the client end. If you’re looking for a faster download speed, ADSL is a good alternative for your house. Full-duplex communication, either through frequency division, echo cancellation, or time division, may be used to accomplish this.

What is the difference between ADSL and ADSL2?

People’s needs and circumstances vary with time. There may be a time and a place for anything! The only answer to this problem is technical development. ADSL2 is the first update to ADSL broadband technology.

With the same technology as ADSL basic, the ADSL2 model is able to provide much higher internet speeds. It has a maximum data rate of 12Mbps in the downstream, which is higher than the upstream rate. ADSL2 and ADSL utilize the same amount of bandwidth. Backwards compatibility means that all the current ADSL2 equipment may be used at the original ADSL requirements.

The enhanced model, on the other hand, is suggested for those who need to use the internet from locations farther away from the exchange. A single copper cable may traverse a greater distance with ADSL2 than with ADSL1. Because of this, ADSL2’s transmission and transfer speeds have been enhanced. Even though this model offers benefits over the previous one, its availability is lower. This is why ADSL is more popular in families and workplaces.

ADSL and ADSL2: The Main Differences

Humans currently rely on the internet as their primary source of energy. For most people, it is an essential part of their daily routines. Internet connection enables us to do, say, and learn whatever we choose. As a result, a quick and all-encompassing internet connection is one of the most common desires of today’s consumers.

Access to the internet is extremely typically provided using broadband technology. ADSL is one of several new modems available for it. It was ADSL that was originally launched, followed by ADSL2 as a follow-up.

Faster and better internet access is provided by ADSL2 as an enhanced version of ADSL. Although the ADSL2 modem offers several benefits over the basic type, the technology employed in both modems is the same.