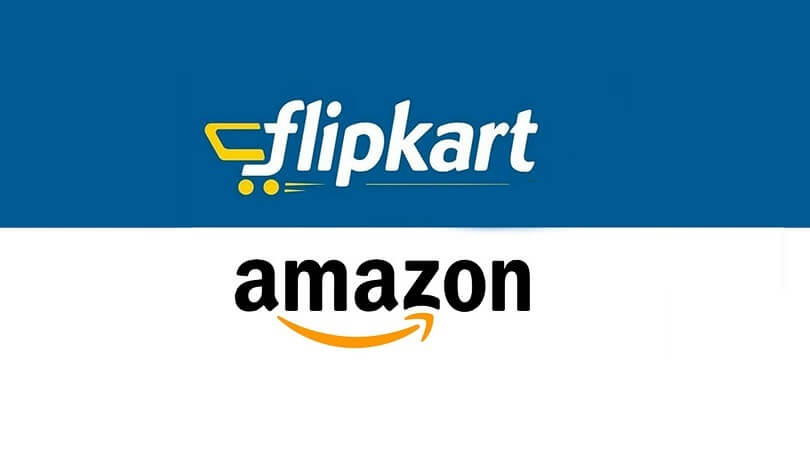 Over the years, e-commerce has gained lots of popularity, with almost every product being sold online. This has led to an increase in the shopping experience since customers now have a very wide option to choose from while relaxing at home.

Two of the most preferred online retail shops include Amazon and Flipkart. Even though both of these companies offer almost similar products and services, there are many ways to be differentiated.

Amazon is a multinational technology firm established by Jeff Bezos in 1994 in Seattle, Washington. It started out as a bookselling company that offered its services online and eventually introduced other new products and also services within different arenas.

On the other side, Flipkart is a Singaporean-based E-commerce company that was established by the famous SachinBansal and BinnyBansal in 2007 in Bangalore, Karnataka. In its early stages, Flipkart began as an online bookselling firm that also introduced several different products and services to serve other users’ needs adequately.

Amazon is simply an American-based multinational technology firm. It’s a well-known e-commerce company based in Seattle, Washington, founded by Jeff Bezos in 1994 and launched on the same year on July 5. Amazon is currently listed as among the five most technological companies within the U.S. the firm was early started as an online bookselling company that later made a drastic change and expanded to even electronics, software, food, furniture, toys, and jewelry, among other products.

Currently, Amazon is the largest e-commerce firm. It is also the most valuable firm. This company makes it possible to download and stream different videos, audiobooks, and music through prime video, twitch, amazon music, and audible subsidiaries. Amazon owns over 40 subsidiaries making it easier for users to choose one that meets their needs and specifications.

Amazon also features a publishing forum known as amazon publishing. They also have a television and film studio, cloud computing subsidiary, and amazon web series. With all these features at the disposal of amazon, the company has taken a step further to produce consumer products, including kindle, electronics, quality TVs, and other sound device.

Amazon offers unique retail websites to a few selected countries. They also provide international shipping for some of their products. Well, their website has over 615 million users every year. In 2008 130 million users were only from the U.S. The high amount of money invested on the amazon website’s servers has made it possible for the site not to crash due to the high traffic experienced.

Flipkart is an e-commerce company that was established in Singapore. The company was founded back in 2007 by founders SachinBansal and BinnyBansal. The company’s headquarter is based in Bangalore, Karnataka. Previously the company started out as a simple online bookselling firm that later evolved and introduced other products, including apparel, electronics, and groceries, among other products.

By 2017 March, Flipkart had managed to hold over 39.5% of the Indian market shares within the e-commerce industry. Flipkart has a solid basic within the apparel section that gives intense competition to similar Myntra. In August 2018, 81% of Flipkart stakes were owned by a U.S based retail chain known as Walmart. With the company having a value of $20 billion, Walmart managed to acquire the stakes at $16 billion.

The Flipkart subsidiaries that most users get to enjoy according to preference will include myntra, phonepe, 2gud, and jabong.com. Flipkart is simply an Indian firm that never ships its products outside India. It is primarily based in India.

Difference between Amazon and Flipkart

With digital revolutions at their peak, e-commerce has become the talk of the town over the years. It has led to the creation of better shopping opportunities as users have a wide choice of products to choose from while in the comfort of their homes. Two of the best e-commerce online platform includes amazon and Flipkart. The two firms offer lots of competition, with each trying to outdo the other’s pace and introduce new and better projects within the existing market.

Amazon is considered the best multinational company, founded by Jeff Bezos in 1994. Its headquarters is based in Seattle, Washington. Having a worldwide presence makes it possible for the company to offer a few chosen companies special retail offers.

Flipkart on the same was founded by SachinBansal and BinnyBansal in 2007. Despite being an exclusively Indian-based eCommerce company, it also stands out differently. However, it does not offer shipping services outside India.