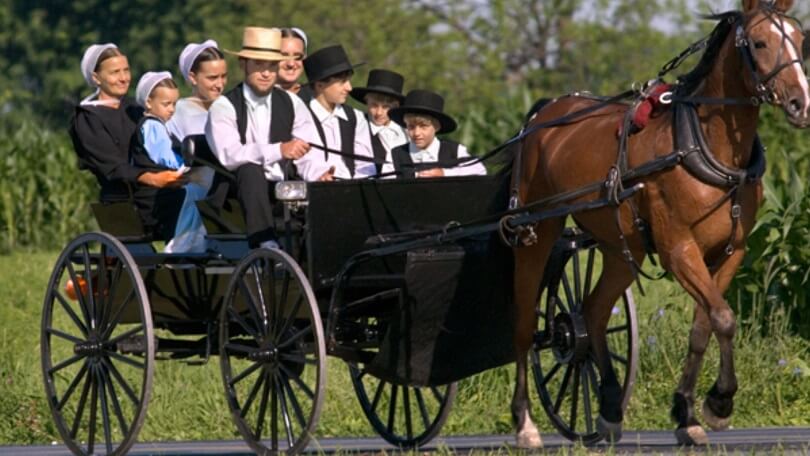 The Amish are a group of people who live in the United States and Europe. They are often referred to as “the plain people.” The Quakers, on the other side, go by many names. They are also called Friends, Society of Friends, or simply Quakers. This post will explore the similarities and differences between these two groups.

The Amish and the Quakers both have a long history of religious beliefs. The two faiths are very similar in many areas, but there are some notable differences between them as well. For example, while both groups do not believe in having any type of physical representation for God, they differ in their view of Jesus. The Quakers believe that Jesus was a human being who became an instrument for God, while the Amish view him as a divine figure in their religion.

The Amish are a Protestant group that separated from the main branch of Christianity in 1693. They adhere to the teachings of Jacob Amman, who believed that baptized members should live “separate and distinct” from the world. This means they wear plain clothing, don’t use electricity or drive cars, and don’t participate in mainstream society. They live in small communities and reject modern technology.

Amish are members of the Amish church. Their history and beliefs are based on the teachings of Jacob Amman, who broke away from the main branch of Christianity in 1693. Amish believe in wearing plain clothing, not using electricity or driving cars, and living off the grid. They live in small communities where they work with their neighbors to preserve tradition.

Amish communities are led by a bishop and a minister. They have no written language, so they must rely on their ministers to teach them directly from the Bible. The Amish people do not believe in formal education for children after the age of 14 because it is believed that this would take away the time needed to work with neighbors or help on the farm.

The Quakers are a Christian group that was started by George Fox in the mid-17th century, who experienced an “inner light” during his prayer sessions. The belief of this inner light became one of their beliefs, which differ from mainstream Christianity’s teachings. Quakers also emphasize pacifism, social justice, and equality.

One of the most notable differences between the Amish and Quakers is their approach to technology. The Amish reject it outright, while the Quakers use it selectively. For example, many Quaker businesses use computers and the internet, but they don’t watch television or use cell phones.

Another major difference between the two groups is their views on violence and war. The Amish are strictly pacifists, which means they will not pick up arms to defend themselves or participate in wars waged by governments. In fact, some of them have been imprisoned for refusing military service during wartime because it goes against their beliefs.

Quakers were also among the first to speak out against slavery in America, as well as cruelty to animals.

Difference Between Amish and Quakers

The Amish and Quakers are two very different groups of people. While they have some similarities, the main differences lie in their beliefs and approaches to life. The Amish reject modern technology and participate in mainstream society, while the Quakers use technology selectively and are involved in social causes. The Amish are strictly pacifists, while the Quakers may or may not be. The Quakers live in many different places around the world, while the Amish live in small communities.

In order to better understand their differences, it is important to read about both groups and take a closer look at what they believe and how they practice those beliefs.