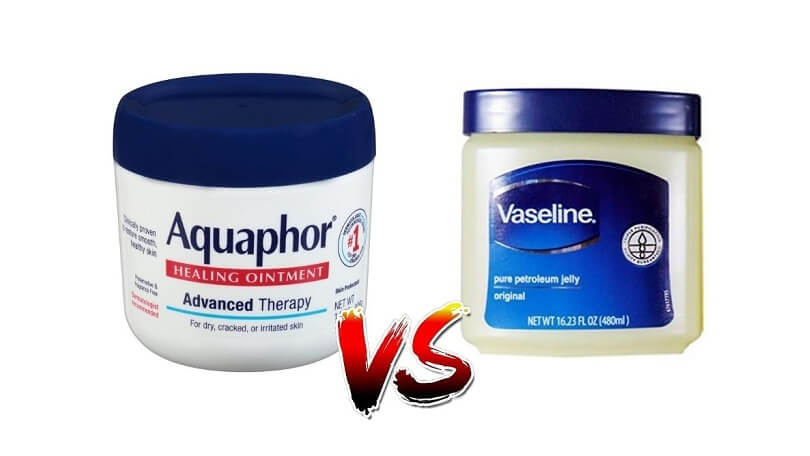 Taking care of one’s skin should be a daily ritual for everyone. It cleans and disinfects the skin while also repairing and improving its look. It may also entail medicine and therapy at times. Cosmetics, exfoliation, botulinum toxin injections, dermal fillers, laser resurfacing, and other methods of skin care are common.

A vast variety of skincare aids are readily accessible on the market. They are distinct in their composition, features, and importance. Generally speaking, these products fall into two categories: Cosmeceuticals, which are used topically, and Nutricosmetics, which are taken orally.

When it comes to skincare, everyone has a go-to product. People will choose a single product to heal everything from chapped lips to cracked heels. Aquaphor and Vaseline are two examples of these products. People all throughout the globe are really perplexed by the difference between these two options.

Both are skin-repairing and -maintenance ointments, which is why they’re often confused. Despite the fact that they are both derived from petroleum, each one has its own unique characteristics.

Aquaphor, often known as “the nectar of the gods,” is a unique therapeutic ointment that protects dry or rough skin and enhances the natural healing process of the skin. It has several benefits. Everything from chapped lips, cracked, dry skin, and small burns may be treated with this product.

Ointment containing about 41% petroleum and other active substances and water is on the market. Aquaphor contains mineral oil, ceresin, lanolin alcohol, panthenol, glycerin, and bisabolol as its primary constituents.

There have been reports of skin irritation and stinging due to the fact that lanolin alcohol is derived from animal skin. Aquaphor does not have any additional adverse effects.

Aquaphor’s ability to heal wounds is laudable. By keeping water from evaporating, it calms the skin. It’s a skin-healing miracle. Even if applied for a few days at a time, it may soften the skin over time. It also helps to keep the skin hydrated, which prevents it from drying out.

Aquaphor has also been proven to be a successful therapy for Keratosis pilaris, a disorder that affects a large number of people.

Oil-based Vaseline aids in healing by preserving skin’s natural characteristics. It’s a jelly-like material made entirely of petrolatum and devoid of any other water-soluble ingredients. Robert Augustus Chesebrough discovered it in 1859 and its restorative properties have remained unchanged ever since.

Vaseline has become a household brand because to its widespread usage by almost everyone. Its major component, petroleum, helps keep the skin hydrated and heals it from the inside out. Vaseline may be used to heal small skin scrapes, burns, moisturize the face, hands, etc., remove makeup, and act as a lubricant for stuck items.

Protects the skin with a water-resistant layer that seals in moisture. Despite this, it’s not as benign as it first seems. Vaseline has unquestionably been refined to eliminate any potentially dangerous ingredients.

The truth is that there are countless petroleum jelly copies on the market, and it’s impossible to tell just how much of the original is left behind. Water-insoluble substances may suffocate the pore structure. It can only serve to lock in moisture and, as a consequence, dehydrate the skin.

Difference Between Aquaphor and Vaseline

Vaseline and Aquaphor are both excellent moisturizers for the skin. Both have natural healing characteristics that aid in the healing of the skin. There are a few further advantages of using Aquaphor instead of Vaseline. Because it is less expensive and more widely used, Vaseline remains an option. Because of this, Vaseline is more popular than Aquaphor among consumers.

As a result, individuals should make their selection based on what is most important to them. Unless there’s a budget limit, one should choose for Aquaphor rather than Vaseline since it’s claimed to be an improved version of the Vaseline formula.