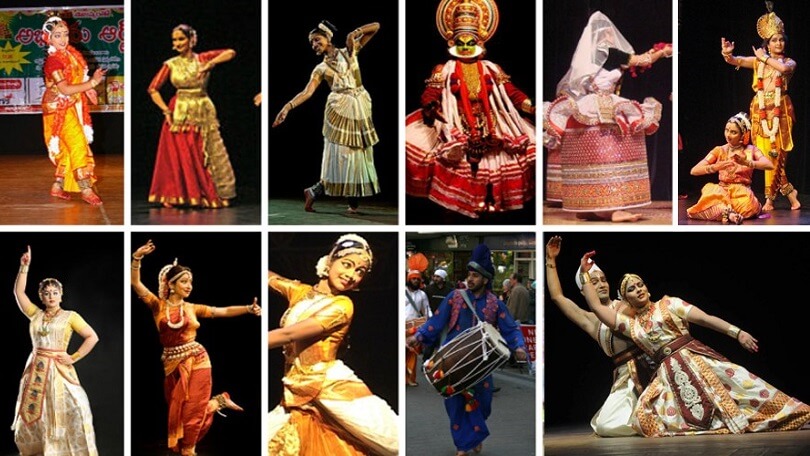 Expression of art and creativity is important and sometimes necessary. Sometimes, just moving your body can tell a story, without using words. There are many types of dance, based on the culture, country, or specific style.

Dance is a universal language. It brings us together by connecting us to our past, present and future. The dances of India reflect its rich heritage, from classical to folk, and the many different forms of Indian dance are popular all over the world. Dance styles vary greatly from culture to culture, but that doesn’t stop the best dancers in the world from trying to learn different types of dance styles.

There are many types of dancing, but these are two that have remained relatively unchanged over time. They are staples in every Indian dancer’s repertoire. Two of the most well-known are Kuchipudi and Bharatanatyam.

Dance styles, though, are easy to confuse with the dance forms that they represent. When it comes to choosing a particular style of dance, it’s very important to know the difference between the dance forms of different states.

Kuchipudi and Bharatanatyam have significant differences from each other. Kuchipudi has its origin in Andhra Pradesh, while Bharatnatyam comes from Tamil Nadu. These two dances are very different from each other in terms of their forms and techniques. But both these dances have a few similarities. One similarity is that both of them have an energetic rhythm which is expressed through the use of the feet.

Comparison Table Between Bharatanatyam and Kuchipudi

The ancient dance of Tamil Nadu, India is the traditional dance of Bharatnatyam. It is one of the 8 officially recognized classical dances of India. Bharatnatyam is the traditional dance of Tamil Nadu. It’s one of the eight classical dances of India; the others are Kuchipudi, Kathak, Odissi, Mohiniyattam, Kathakali, Sattriya, and Manipuri. It’s been around for a very long time and is one of the most difficult and refined of all Indian dances.

This dance form has a combination of grace and power. The most noticeable part is that the dancers’ knees are bent while the upper body remains stationary. The dancers use their arms, eyes, and facial expressions to communicate during the performance.

The traditional dance form of South India, Bharatnatyam, conveys the religious message of the Hindu religion. It’s a great way to tap into your spirituality.

During the show, the dancers wear saris, jewelry and make properly synchronized movements that go in rhythm with the classical music that plays during the performance.

These movements are designed to communicate ideas, religious stories, and messages that are derived from or extracted from the shastras, epics such as the Mahabharata, and the Ramayana.

This dance form is performed according to a 7-step process. It starts with alarippu (opening), then proceeds through jatiswaram (closing), shabdam (turning), varnam (moving up), padam (moving down), tillana (inclining), and slokas or mangalam (final touches).

The dance form of Bharatanatyam involves playing and moving to traditional music, using instruments like the mridangam, cymbals, and flutes. The movement of the dancer is choreographed with the music.

Kuchipudi is a folk dance from India. It is considered to be the classical Indian dance form. It was created in the small village of Kuchipudi, in the state of Andhra Pradesh. Thus, the name of the dance – Kuchipudi.

Kuchipudi is a classical Indian dance form depicting the religious drama and messages of the bards and the major spiritual beliefs of ancient India. It’s based on the Krishna-oriented Vaishnavism tradition.

Kuchipudi was originally a male-only art form. Its dancers were required to wear the Angivastra (a tight-fitting, knee-length garment) and a dhoti (a loincloth worn by men). When women began to dance in the 1990s, they adopted this traditional costume with little alteration.

In Kuchipudi, the sequence of performance starts with an invocation. Each dancer has a specified role and performs a short prelude followed by the main event.

Contrary to popular belief, Kuchipudi is not a “cheap” form of dance. It’s true that there are many steps and movements that can be learned very quickly and are therefore suitable for beginners. But Kuchipudi requires much precision, focus, and most importantly, respect for the art. Only then will you be able to perform this beautiful and complex form of dance with any degree of skill and grace.

In Kuchipudi, there are three main instruments used: The mridangam, the thamburi (small frame drum), and the violin. The lead musician is the sutradhara, who leads the rhythm of the dance and also sings out the musical syllables. There is also a clarinetist and a flutist.

Kuchipudi dancers use various styles because of the varying creativity of the teachers who have taught them over the years. The Margi and Desi have been around for a long time and have been mentioned in the Nritta Ratnavali of Jaya Senapati. In fact, the Desi style is an openly more innovative version of the more conservative Margi style.

Difference between Bharatanatyam and Kuchipudi

The dress of Bharatnatyam has three fans, each fan is different in length. The sari in Kuchipudi has varying lengths of fans, the longest fan being the least long.

Dance is a beautiful art form that conveys the beauty of a person’s inner self. It is performed in India in various styles such as Bharatnatyam, Kathak, and Kuchipudi. Whether it is Bharatanatyam or Kuchipudi, the art of dance is purely based on the performance skill of the dancer.

The music of the instruments, whether it be thump or clangorous sound is universal and can resonate with everybody. Ancient India’s history is full of stories that have been passed on for generations. The performance aims to show us these historical events and personages in a way we can all understand.