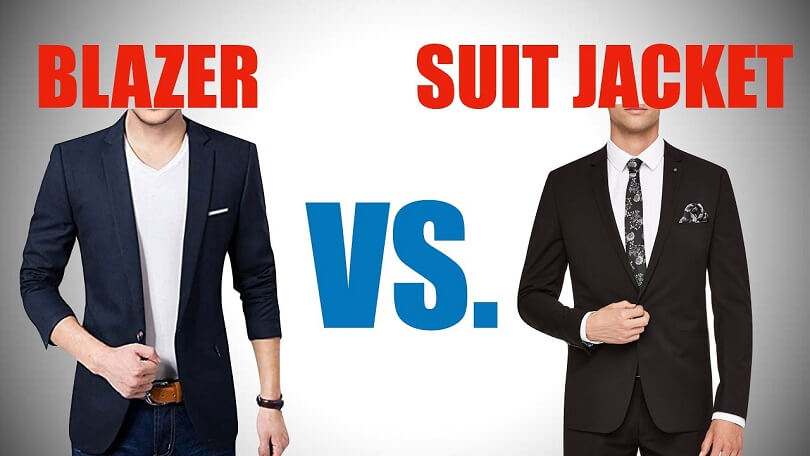 You’ll stand out from the crowd if you dress smartly and follow a style that’s right for you. As a result, it influences your character and portrays you as a self-confident individual. The most common attire for formal events is a blazer or a suit. However, these phrases are occasionally used interchangeably and treated as if they were synonyms.

You can create or ruin an appearance by paying attention to these minor elements. Even some business owners don’t know the difference. However, some interviewers are particularly attentive to these minor adjustments.

Dress is the first thing people notice about you when you go into a room. Using a suit or a jacket instead of a blazer might result in worse grades or possibly the loss of his job.

As a result, the business sector does not cut corners when it comes to appearance. That’s because they’ll be representing their brand or product even more.

There is the potential for a negative impact on a company’s image when its employees do not recognize the difference between a blazer and a suit and when to wear it.

As opposed to a suit jacket, which can only be worn with a certain fabric, a blazer is more versatile. Any color pants may be paired with a blazer. In a formal setting, the suit jacket is worn over a suit and slacks. A suit consists of a jacket and matching trousers.

The comparative chart below shows some further distinctions between a blazer and a suit.

It wasn’t until approximately 1825 that the name “blazer” was coined. The blazers worn by members of the Lady Margaret Boat Clun and the Rowing Club were red in color, therefore they were referred to as blazers.

It is possible to wear a blazer with a variety of different trousers, including those in various materials and even different colors. A blazer has its own distinct personality. The most popular color is navy blue. However, these days, they may be found in every shade of the rainbow.

The design of clothing develops as time progresses. Patterns like monochromatic, florals, and ornate pockets may be seen on blazers.

Tailors are well-versed in the intricacies of sewing a suit and blazer. The shoulders of a blazer are not padded with inside material.

In this way, the jacket’s form is rounded from the shoulders outward, matching the curve of your shoulders perfectly. “camicia” is the name given to this object.

A blazer isn’t stiff; rather, it’s a piece of clothing that you can move about in with ease. Multiple layers of clothes may be layered on top of it. It’s loose-fitting and doesn’t cling to your body in any way shape or form. If you’re going somewhere casual but yet want to seem presentable, this is a great option for you.

Jaquette was the original spelling of the phrase when it was coined in the late 1800s in England. However, through time, the style evolved to approximate what we see now. It had a square cut and went all the way down to the thighs.

Suit jackets are often paired with matching slacks and, in rare occasions, a vest. They are only appropriate for more formal events, such as business meetings or weddings.

It is customary to place a padding pad into the shoulders of a suit jacket in order to further define the look of the jacket’s shoulders. The rigid structure is created by attaching a sleeve to the remainder of the piece.

Because a suit must look professional in both a business setting and a wedding ceremony, it lacks patterns or elaborate designs. There aren’t a lot of packets either.

Navy blue, brown, and black are the most common colors for a suit, although other hues may be used sparingly. Because a suit is a form-fitting dress, it should be worn only with a shirt beneath.

Difference Between Blazer and Suit

The following are some characteristics that set a blazer apart from a suit:

In other words, self-grooming may go a long way toward enhancing your professional and social life, as well. It’s also crucial to know what to wear at the right time. Employees don’t want to work with someone who doesn’t know how to dress for the job they’re working in.

If you know the difference between a blazer and a suit, you won’t make the same mistake again.