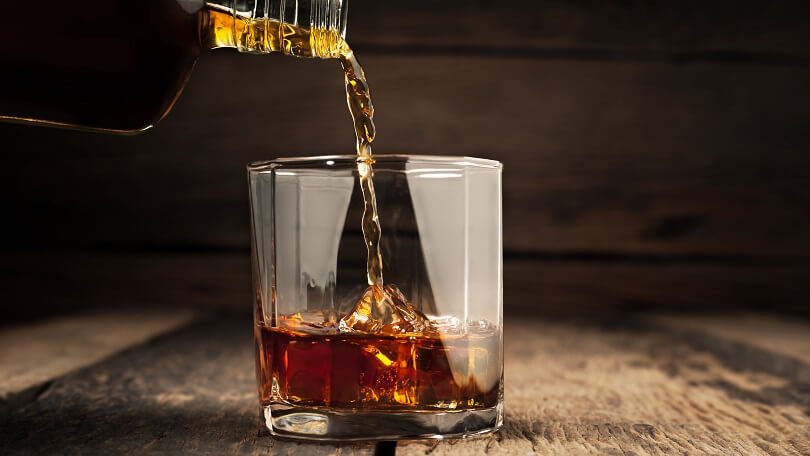 Drinking alcoholic beverages is a pastime that a lot of people enjoy. It is certainly something that brings happiness and relaxation to them. It is quite common these days to hang out with friends by asking them to have a drink with you. There are so many different alcoholic beverages out there. Some of them would be wine, scotch, rum, vodka, and a whole lot more. They all have different alcohol content and ingredients, but the bottom line is they are all drinks that can get you drunk depending on the amount. However, when it comes to rum and brandy, they can easily get many people confused due to the similarities of their color. However, they are two completely different drinks.

The main difference between rum and brandy is their main ingredient. Brandy is made from fruit mash or wine, while rum is made from molasses or sugarcane. They also differ in their alcohol content as rum has a higher alcohol content by volume at 40-80%, while brandy amounts to around 35-60%.

Brandy is a well-known drink all over the world, something that a lot of people would consider to be classic alcohol. It is famous for being served in bars and is a good ingredient in cocktail drinks. Its production started way back in ancient Greece and Rome around the 16th century and has continued to this very day. It is a drink that is now available worldwide. It is considered an alcoholic drink with about 35-60% alcohol by volume and is made from grapes and other fruit juices such as apricot, peach, and apples. It has a subtly sweet and fruity taste and has a flavor of oakwood where it is normally aged in. The taste is known to turn more complex and mellow as time passes by. Brandies need to be more than two years old to be considered mature.

There are a lot of different styles of brandy, such as Armagnac, Pisco, Cognac, and more. Cognac is one of the most known brandy types and is considered a high-end, expensive kind. Spanish brandy was first produced for medicinal purposes, while Armagnac is French. There is a lot on the list when it comes to popular brands, such as Torres, Hennessy, Paul Masson, and more.

Brandy can also be used to cook food and is added to different dishes to give a savory and sweet taste. It is also known to be included in some desserts.

Rum is a liquor made with sugarcane molasses or juice through fermentation and distillation. It is produced in the Caribbean and dates way back to the 17th century. It is considered one of the oldest types of alcoholic beverages, with 4-080% alcohol by volume. Nowadays, it is prepared worldwide, and different countries have their ways of preparing it, which gave way to different rum types.

Rum comes in clear, brown, red, black, and golden colors and tastes dry and sweet. It is known to be stored in the cellar or in the pantry but definitely away from light. There are a lot of different styles of rum, and the most common one is Light Rum which is also known as white rum or silver rum. It is one of the finest types of rum. On the other hand, the gold rum is very rich in flavor and is quite smooth. Dark rum is the heaviest and richest of all types.

As for brands, the most popular ones would include Appleton, Mount Gay, and Bacardi. It is a very versatile drink that can be used in preparing daiquiri, mojito, and cocktails of different sorts. Rum can serve as a warm drink, but it can also be used in cold drinks for tropical countries.

Difference between Brandy and Rum

While some people might think that brandy and rum are the same, the truth is that they are as different as black and white. While alcoholic beverages are mostly considered as vices, brandy and rum can actually help to improve the health of a person as it helps in maintaining heart-healthy when drank in moderation. It is also known to give warmth to people during the cold season. In some countries, brandy is given to children to fight the coldness of the winter. On the other hand, rum has been given to people to fight colds and get rid of them faster. Both drinks are also known to be good in relieving stress and stabilizing the blood level.