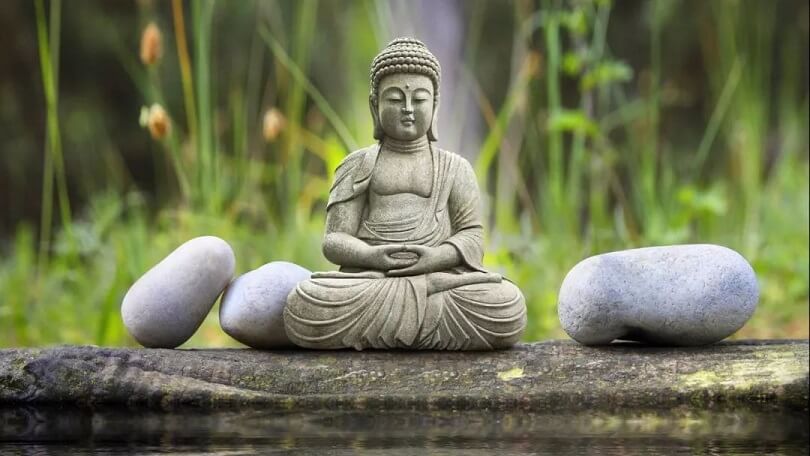 Religion is a journey of faith in which people believe. There are different kinds of religion, and Buddhism is one of the largest religions in the world. Buddhists believe that human life comes from suffering and good behavior is one of the ways to achieve enlightenment.

It was founded from the teachings of Shree Siddhartha Gautama and has been around since 2,500 years ago. When Buddhism spread through Chinese territories, Lao Tzu’s Taoism gave birth to a new way of faith called Zen.

Although similar in name, Buddhism and Zen Buddhism are two different things. Buddhism is a way of life founded by Prince Siddhartha Gautama and started in India. Whereas when Buddhism was brought to China by the monk Bodhidharma, it transformed into something else because of mixing with the teachings of Taoism by Lao Tzu, thus Zen Buddhism was born.

To put it, Zen Buddhism is a branch that bloomed from Buddhism. Buddhism started from India but later spread into different parts of Southeast Asia such as Japan, Tibet, China, and Myanmar. Religion is about believing that there is a cycle of life, and thus, it is important to follow the right path to attain enlightenment.

On the other side, Zen Buddhism focuses on achieving enlightenment through learning more about one’s own mind, donating to monks, and going to shrines. They believe that buddhas can live forever, and thus, they influence mankind just like deities do.

Buddhism is a way of life, a religion that has more than half a billion followers worldwide to date. Prince Siddhartha founded it in North-Eastern India around the sixth century BCE. They believe that nirvana or enlightenment can be achieved by following specific beliefs. These beliefs include the Nobel Eightfold path: the right view, right aspiration, right action, right speech, right concentration, right mindfulness, right effort, and right livelihood.

Lastly, they believe in the Three Universal Truths: that everything is impermanent and changing, that impermanence leads to suffering, making life imperfect, and that the self is not personal and unchanging.

Devotees of this religion do not believe in the concept of monotheism, which means that they do not have one supreme deity. Instead, they focus on achieving enlightenment from inner peace and finding wisdom. The concept of attaining nirvana is interpreted as the lack of the three fires, which are ignorance, aversion, and greed. When they have extinguished these three, they are said to be released from the eternal cycle of rebirth,`and they can attain reincarnation.

Buddhism aims to help people understand that suffering can be eliminated caused by desires and temptations if one is dedicated to making it happen.

What is Zen Buddhism?

Zen is from a Japanese word that is ‘chan’, which translates to meditation. It is a branch of Buddhism that got into China through the teachings of the monk Bodhidharma. The belief emphasizes self-restraint by meditation and being mindful of everyday life.

Believers normally dedicate themselves to this way of life by visiting shrines daily, worshipping Buddha, and offering a donation to the monks. They practice a rigorous self-restrained and give insight into the nature of the mind and nature of things around them. They do their best to express their insight of life, more on so for the benefit of others. Practicing Zen begins by learning how to meditate and find a routine that works best for you.

Zen Buddhism might be a branch of the original faith that is Buddhism, but it is different from it. They have similarities, but their main goals and beliefs are different. There are a lot of differences between the two, especially with Zen followers believing in one true god and visiting shrines and worshiping idols, whereas Buddhism does not, and they only believe in the right path to enlightenment.