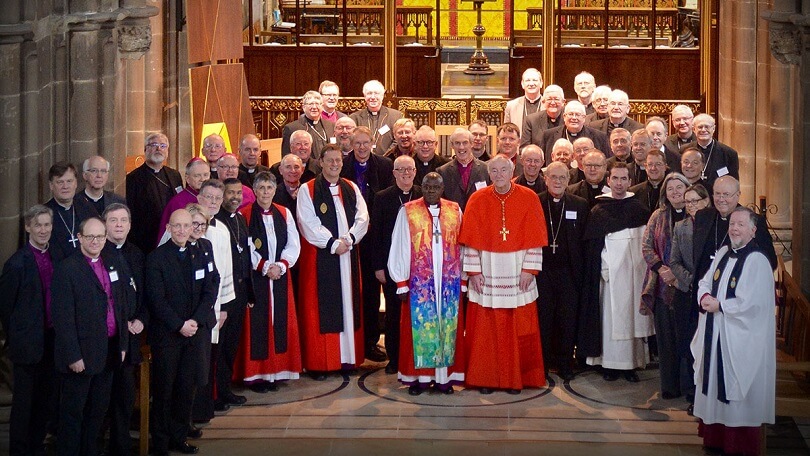 Religion is something that people belong to, and it is known to help create an ethical framework for humans and regulate the values in daily life. Christianity is said to be one of the largest religions in the world, and it is a religion based on the teachings of its savior, Jesus Christ, from his birth to his death and his resurrection.

More than a quarter of the world’s population are Christians, and as time went by, the particular religion got divided. One of the formed divisions was Catholicism, dating way back to 1054 AD. Martin Luther thought there were mistakes in the practices made by the Catholic Church in the 16<sup>th</sup> century, and thus, Protestantism was formed.

The main difference between Catholics and Lutherans would be their beliefs. Lutherans believe that with Grace and Faith, they can be saved, while Catholics believe that faith is something formed through love and work. Thus, Catholics tend to do more practices that help other people, showing compassion.

The difference between them would be that Catholics believe that by doing good work with their faith, they will get closer to God and the salvation they want. On the other side, Lutherans think that showing love and faith to Jesus would bring them closer to salvation.

Roman Catholicism is a part of the Christian Church, and they believe in the teachings of the Catholic Church. They are formed by Jesus Christ and his twelve disciples. They believe that Jesus Christ is the son of God. Jesus is said to have given Peter, one of the Twelve Apostles, the job of forming the Church, and he passed this on to the Church’s leader, the Pope. The Bishop of Rome, which is also the Pope, is the known successor of the apostles.

Catholics also believe h2ly in the concept of Baptism, in which they believe that every person born into the world has carried sin that can only be removed through being baptized. In this sense, infants born into the Catholic religion are baptized.

For Catholics, the Church is the one true Church, and they believe that the Pope is the only vicar of Christ born on Earth. They also worship the Bible deeply because they believe it is the word of God. The Roman Catholic Church has the original scriptures of the Bible.

Another thing that they believe in is that Mary is the mother of Jesus Christ, and she is one of the many saints that they worship. She is considered to be the mother of their Church. Catholics do not pray to statues; instead, they pray to God. They do not believe in reincarnation but instead believe in the concept of resurrection.

What is a Lutheran?

In the effort to reform the beliefs of the Catholic Church, Protestantism was born in the 1500s. The professor of the Bible at the University of Wittenberg, Martin Luther, started the movement. The political and academic climate existed in Europe, and thus, in 1521, the first splits in Christianism happened as Catholics and Lutherans separated from each other.

Martin Luther never actually liked the name Lutheran but wanted the newfound religion to be named Evangelical, which meant good news. However, the German Theologian Dr. Johann Maier von Eck kept the term. The faith of the Lutherans relies heavily on the doctrines that were given out by none other than Martin Luther himself. In 1625, they set up the first Lutheran Church.

Lutherans believe h2ly in the Bible and highly disliked the concept of the Pope as well as the authority that he has over the people.

For Lutherans, Heaven and Hell are literal places where hell is known as the place where the sinners are punished, and heaven is the place where God resides. They do not like a lot of practices made by the Catholics, and they also believe that salvation is something that can only happen through faith in God and his Grace and by no other means.

Though Lutherans practice Baptism, they do not believe that it cleanses the sins of humans. They believe that humans are only going to be saved if they follow the Bible and have faith in God.

Difference between a Catholic and Lutheran

Christians are one of the largest religions in the world, but at one point, they were divided into subcategories. Some of these divisions were the Catholics and the Lutherans, and they both had different beliefs that set them apart. They have a lot of differences despite belonging to the same religion, and knowing more about them will help you to understand their point.