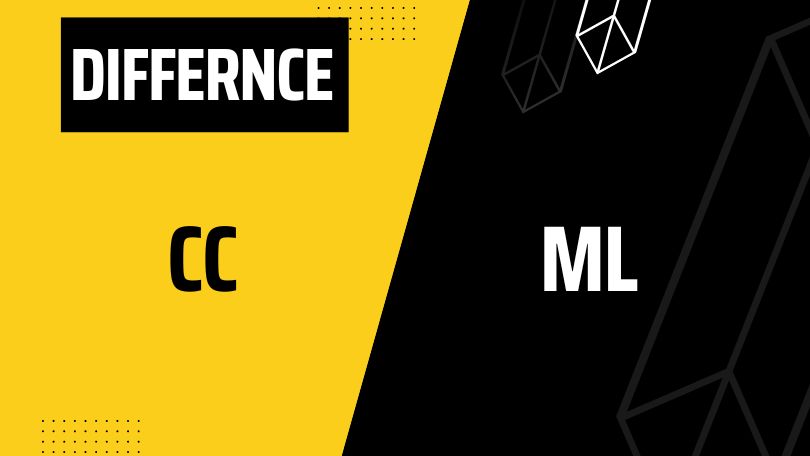 Measurement is known as quantifying a specific attribute of an event or an object. It is the process of comparing a known quantity with a standard quantity. There are different ways an object can be measured depending on its type. If it happens to be solid or liquid, some of the measurements that you can get would be in CC or mL. CC and mL are considered equal, and thus, they are synonymous. The amount of substance that a 1CC of container can accommodate would also accommodate 1mL of that substance.

From this specific point of view, it would seem that they are just the same. However, there are still some differences between the two that would be helpful to get to know about.

The main difference between CC and mL is that CC is normally used to measure solid objects while mL is used to measure liquids. It is commonly used as a unit of volume, equal to a cube with measurements of 1cm on all sides. It is also equal to 1g of water at 3.98 degrees Celsius. CC is computed by multiplying the height by the width and length product.

On the other side, milliliter or mL is often used in measuring liquid. It is equivalent to a thousandth of a liter, and its imperial system value is 0.004 of a cup. When converted to US measurement, 1mL is equivalent to 0.20 US tablespoon. A milliliter of liquid is exactly a little cube measuring 1mL on every side. The most common form or way of getting mL is through a dropper or a pipette with a fitted rubber bulb at the top.

Despite all the similarities that both CC and mL has, they are very different depending on the parameters given, and that is why it is important to study more about them.

CC or cubic meter is indicated by cm3. It is the measurement of the volume of a cube that has a measurement of 1cm on every side. In other term, it is the equivalent of 1/1,000,000 cubic meters. The term CC is a base unit of volume of the CGS system of units. The CGM or the centimeter gram second system is a widely known unit system.

The term CC is a derived word of meter, and it was coined in France. CC is a measure precisely to be 0.0001 percent of a cubic meter. CC is also related with mL as 1 CC of an object is equivalent to 1mL of that object. Also, 1 cubic meter is equivalent to 1,000,000 cc and is related to mL at 1,000,000 mL. One thousand cubic meters will fit exactly in a 1L bottle.

CC is frequently measured on motorcycle engines, and it is done by calculating the surface area of the cylinder and multiplying it by the height. It is known that you can find the engine capacity by learning more about how much cc it is capable of holding.

What is an ML?

mL is the abbreviated form of milliliter whose base unit is L or liters. It is a term invented for the French metric system. It denotes a thousand of a liter. It is an SI unit, and it is equivalent to 0.20 US teaspoon in US measurements. It is the preferred unit for gasses and liquids and is normally associated with the medical field. It is also used in automotive engineering.

A good example of its use is in collecting blood samples. It is also a common term used in the household in measuring different cooking materials. Bottles of water and other drinks normally come with an mL label as well. 1 mL is equivalent to 1 CC, although the latter is mostly used for solids. There are a lot of ways to measure mL, and it can come in the form of a dropper, of the graduated cylinder, pipettes, and a lot more. 1,000 mL is also equivalent to a liter.

Difference between a CC and ML

CC and mL are both important ways to measure objects, and they have their own use. There are preferred things that are measured in them, such as cc being used to measure solids while mL would be better to measure liquids.