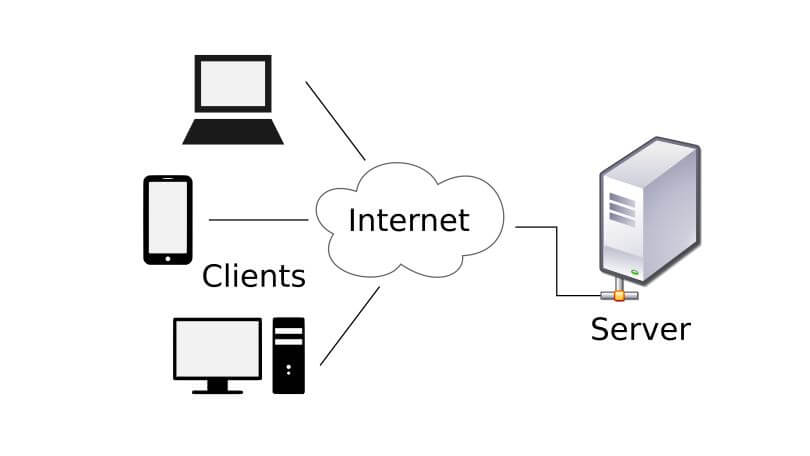 The complicated server operating system manages and processes several client requests at the same time in order to provide the needed services. This distinction in functionality between the client and the server is crucial.

In terms of functionality, there is a distinction between a client and a server. The former is in charge of generating requests for the server to handle. A server’s duty and function is to verify, process, and respond to client requests.

What is a Client?

A client is a piece of software or an operating system that is meant to send requests to the server for processing. For requests, the client system uses a network to connect to the server.

The third category is the hybrid variety, which combines traits from both of the other types. A single server may have multiple client machines linked to it. This is done to make access to the server’s resources as simple as possible.

The most frequent method of connecting to servers is using Internet protocols. Clients, on the other hand, can use shared memory or domain sockets. Client operating systems are commonly used on desktops, laptops, tablets, and smartphones.

What is a Server?

A server is a piece of software or an operating system that authenticates and processes requests from client systems. The client system can make requests for a variety of data types, including web pages and data sets. The server responds to these requests and gathers the information required.

A server’s running protocol is extremely complicated. They can handle a variety of difficult tasks, including complex calculations, network resource management, and enormous databases. Clients can log in as several users at the same time. Because of their superior system configuration, this is achievable.

Some servers are specialized to specific tasks, while others are shared servers that can be used for a number of purposes.

Proxy servers, web servers, database servers, and other types of servers exist. Servers can be on-site, such as business servers, or they can be hosted remotely, such as data servers.

Difference Between Client and Server

Each of their operating systems is set up to tackle tasks that are best suited to them. Clients follow minimal protocols that allow for single-user logins and basic functionality. The server uses a significantly more complicated operating system that is designed to manage multitasking and multiple user logins.

One cannot, however, function without the other. To maintain a working equilibrium, these two operating systems must remain in sync.