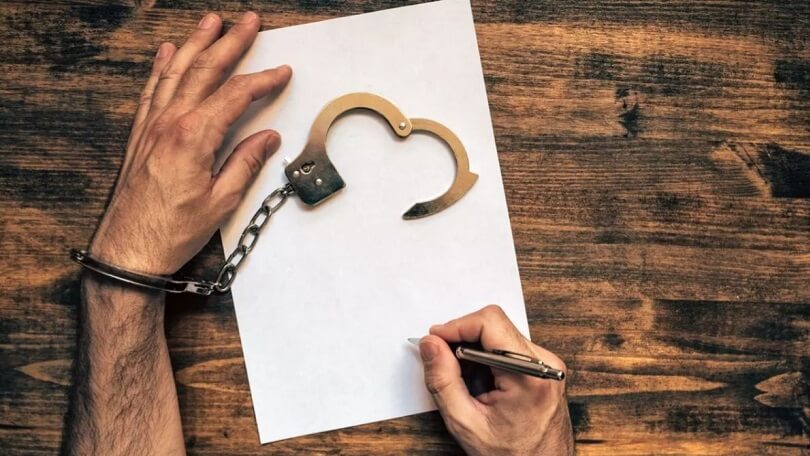 Knowing the distinction between confession and admission in the law of evidence is critical because they have varying degrees of importance when given as proof.

It can be made by any of the people involved. Section 17 of the Indian Evidence Act of 1872 defines the idea as well.

What is the definition of Confession?

A confession is a declaration made by the accused in a case that expresses their candid admission of guilt.

This is founded on the assumption that no one will falsely admit to committing a crime. A confession can also be revoked at a later date.

A confession must be a direct statement, not an inference drawn from the accused’s remarks. It must be made voluntarily and without the use of any sort of force.

While a confession cannot be used to prove guilt on its own, it can be used to support additional evidence.

The Indian Evidence Act of 1872 does not define confession, but it does spell out the elements that must be met in order for a confession to be accepted as evidence. It also defines when a confession is relevant.

A confession is only significant if it is not made under threat or encouragement from the authorities, according to Section 24 of the Act.

Section 25 of the Criminal Code states that if the confession is made to the police while the accused is in their custody, it is not relevant.

A confession given to the police, on the other hand, can be accepted if it is made in front of a Magistrate, as the presence of the Magistrate ensures the accused’s protection. Section 26 of the Act expressly states this.

Section 28 also allows a confession made in police custody to be considered relevant if the court determines that all threats, inducements, or promises have been eliminated.

Even if the accused made the confession because they were promised confidentiality, or because they were drunk or ignorant that the police could overhear them, it will be considered significant under Section 29.

Judicial and extra-judicial confessions are the two types of confessions. According to Section 164 of the Code of Criminal Procedure, 1973, the former refers to a confession made in Court during the trial or to a Magistrate.

Extra-judicial confessions occur when a confession is made outside of court processes and without the presence of a magistrate.

If the accused admits their guilt out loud in front of onlookers, it can be considered a confession if it can be substantiated with corroborative evidence.

What is the definition of Admission?

“A statement, oral or documentary or contained in electronic form, which indicates any inference as to any fact in issue or relevant fact, and which is made by any of the individuals, and under the circumstances, hereafter described,” according to Section 17 of the Act.

While admittance can also refer to a voluntary recognition of a fact, it has a much broader definition than confession.

A statement made by a party to the proceeding or their agent is considered an admission under Section 18. As a result, it can be produced by anyone, not only the accused.

When a third party makes a statement and a party’s obligation is contingent on that third party’s liability to the claim, the statement can be considered an admission under Section 19.

This is an exception to the rule that admissions can only be made by the parties to the lawsuit.

Section 20 makes an exception to the aforementioned concept, allowing third-party statements to be taken as admissions if they have been specifically directed for information by a party to the litigation.

Section 21 of the Act states that admission is significant. It also permits it to be proven only against the person who made it or their representative.

However, the section also discusses the unique circumstances in which the individual making the admission or his agent can establish it.

The manufacturer is obligated by what they have said once they have made an acknowledgment. It must be made voluntarily and without any threat of force.

Admission is divided into two categories. Parties make judicial admissions during court proceedings, and they are totally binding on the parties.

Extrajudicial admissions are made informally outside of court processes.

Extrajudicial admissions cannot be rendered entirely binding because they are not made through a formal procedure. They are only useful as an estoppel if they can be employed as such. Furthermore, they are not included in the case files.

Difference Between Confession and Admission

Confessions fall under the category of admissions, although while every confession is also an admission, not every admission is a confession. A confession provides a higher and more conclusive level of proof.