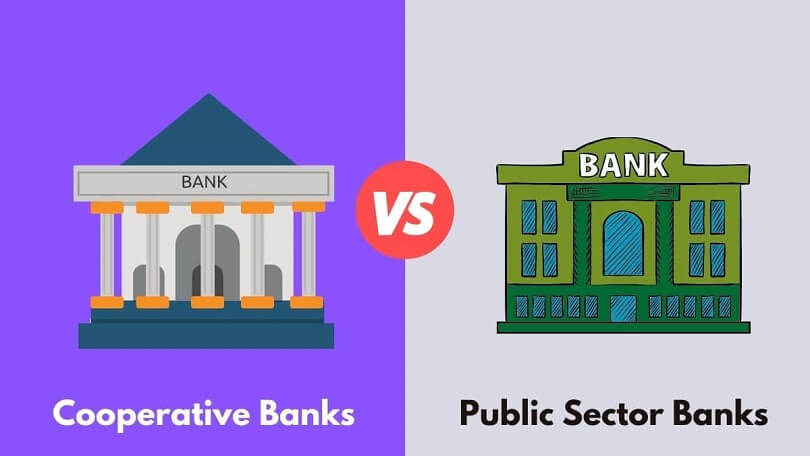 People used to save their money in lockers, underground, or with grains before banks came along. Their money was sometimes stolen or eaten by rats. Modern banking, on the other hand, aided in the resolution of this problem.

Banks lend money and contribute to the growth of the economy. Loans assist in the lending of funds to agriculture, education, small enterprises, and service providers, resulting in the creation of jobs and spending power. Cooperative banks, savings banks, utility banks, public sector banks, and other types of banks exist. Each of these banks serves a distinct purpose.

Banks that are owned by their members are known as cooperative banks. This ensures that the bank’s customers are also shareholders. These organisations provide a wide range of standard banking and financial services. There are two types of banks in this category: rural and urban. Small enterprises rely on cooperative banks for 46 percent of their net funding in rural areas.

What are Cooperative Banks, and how do they work?

Cooperative banks, as their name implies, were founded on the principle of “no profit, no loss,” and hence do not pursue profitable projects or customers. Their goal is to aid and help each other. These banks are governed by the Banking Regulations Act of 1949 and the Cooperative Societies Act of 1955.

These banks have aided the rural populace greatly by providing loans and credits at lower interest rates than those offered locally (money lenders). These banks have customers from all over the world and have managed to maintain personal relationships with them due to their nature of not seeking large profits and instead of assisting one another.

These banks offer a high-interest rate on deposits but a low-interest rate on loans, and they encourage borrowing to minimise the risk of loss. Farmers in rural areas have benefited greatly from these agricultural bank programmes, which have allowed them to acquire commodities like seeds and fertilizers that they require for farming.

Cooperative banks have a number of advantages. There are, however, some disadvantages. These banks require investors to lend them money, which can be difficult to come by at times, and the number of past-due accounts has continuously risen over time. Rich landowners have reaped the benefits of cooperative banks in rural areas, rather than small industrialists who want financial assistance.

What are Public Sector Banks, and what do they do?

Public sector banks are referred to as the government.

These banks’ loan interest rates are slightly lower; for example, SBI recently offered a house loan offering for its female customers with an interest rate of 8.35 percent for a ticket size of up to Rs. 30 lakhs. In public sector banks, fees and costs, such as balance management, are lower.

Many public-sector banks are also adding new services to their portfolios.

For their pensions, fixed deposits, lockers, and other needs, government employees frequently open public sector accounts. Because they have been in the industry for a long time and have established customer trust, their client base is likewise rather large when compared to their private-sector peers.

Because the government owns public sector banks, it frequently injects new capital into them, allowing them to flourish. People come from all across the country to use these banks for loans and to store their money in the lockers. Public sector banks also offer a variety of initiatives to assist their customers, and their fees are typically lower than those charged by private sector banks such as ICICI or HDFC. Their performance and services, on the other hand, are slow and low-quality.