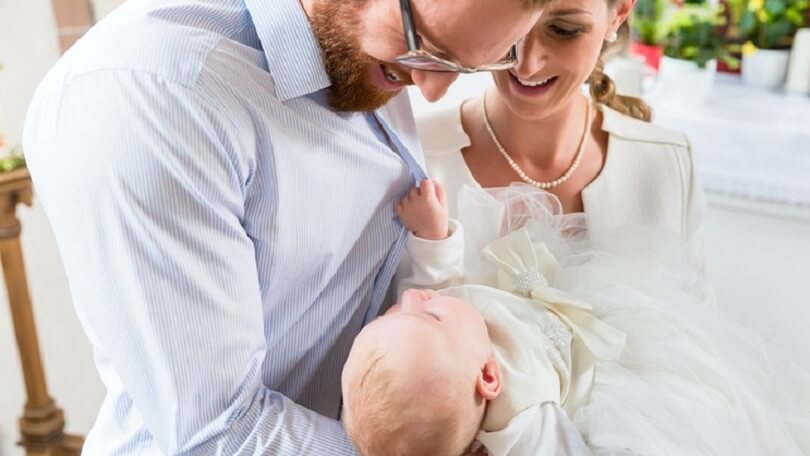 Being a person of any religion makes the soul pure, and with proper practice, you can strengthen your faith. People have the freedom to choose their own religion and follow rituals that suit them.  Being a follower of any religion purifies the soul; individuals follow any particular religion, either by birth or through a series of rites. Across religions, believers often use rituals to keep their personal lives and work lives in harmony. These are generally required to be carried out by priests, whose procedure must be followed for the ritual to take place.

The distinction between dedication and baptism is that dedication is a rite used to welcome the infant into the church, but baptism is a ritual performed to make the aware human belong to Christ by sprinkling holy water on them.

In Christianity, dedication is a rite in which an infant or newborn is committed to God and welcomed into the church. The child is always devoted to God as a Christian in the ceremony during which the parents are also committed to God. It is a religious rite that takes place under the supervision of the church’s pastor.

The majority of baby dedications are performed by protestant churches. Some Christian sects consider that baptism is more important than newborn dedication. It is not obligatory to hold the dedication ceremony on the child’s birthday; it can be done anytime the parent deems appropriate.

The dedication ritual requires the participation of the entire family, particularly the child’s parents. There is a lot of ritual in Christianity. The ceremony will start with Bible readings and possibly a spoken discussion in which the Minister will ask the family if they are prepared to raise their kid as a Christian.

The speech exchange is proceeded by a concluding prayer and a gift for the kid and parents, along with a certification. A concluding hymn may also be sung by the congregation. A dedication ceremony’s core ritual is as follows. Depending on the child’s family, the dedication might be a major or modest event.

Parents that participate in dedication rituals embrace and agree that they will teach their kids according to God’s will rather than their own. This method entails raising the child “in a holy manner.” Grandparents can also teach their grandchildren the principles.

Baptism is a Christian ceremony that involves the use of water in a ritual to welcome a person into the Christian community. This entails the assimilation of Christianity as a new faith and the burial of prior lives. Accepting Christianity entails a person’s love for, confidence in, and hope in Jesus Christ.

Baptism is frequently taught in churches as a ceremony that requires a believer to devote his life to God in trust and obedience. Baptism, it is claimed, cleanses a person of sin and transforms him or her from a demon or alien to a person of God.

In orthodoxy, submersion is exclusively practiced. Immersion has been considered compulsory in various societies since the Protestant Reformation. Infant baptism is a liturgical practice in the Roman Catholic and Eastern Orthodox churches. It typically involves baptizing a baby or infant, giving the person a name literally signifying entry into the Christian faith, or using a name from an Old Testament prophet.

Baptism has the same meaning and beliefs in all Christian sects. Baptism is intended to transform you into a better person and to free you from the sins of your previous life. It’s also supposed to assist you in entering God’s kingdom. The baptized individual is likely to walk in Christ’s footsteps.

Difference Between Dedication and Baptism

Baptism and  Dedicationare two distinct Christian practices. They are carried out in different ways, have diverse meanings, and have different objectives.

Both of these lead an individual one step closer to God. Both of them have been based on the Bible.