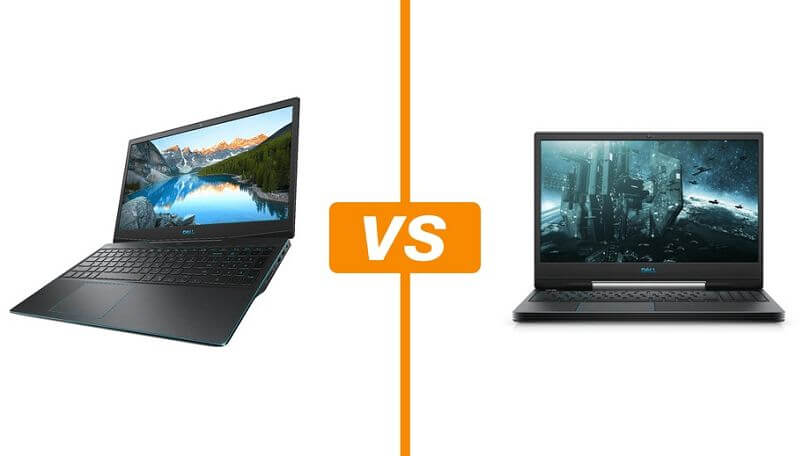 People from all over the world rely on laptop access to carry them through every day and study at school. There are some common benefits for everyone in having a portable computer and most people would agree that it’s important and absolutely necessary to their lives. Laptops come in different configurations, including professional laptops, gaming laptops, and more.

A gaming laptop is typically more costly than regular laptops. The specifications of hardware and form factors are where the discrepancies lie. Buying a gaming laptop can be difficult, but don’t worry we have you covered. With an array of different models to choose from, you’re sure to find one for your budget! Companies like Acer, MSI, ASUS & Dell offer options within different price ranges. Along with these options are two laptops that are best for the budget-conscious gamer in mind: Dell G5 and G3.

Each of these pcs has a 15.60-inch display with a 1920 x 1080-pixel resolution. However, there are several distinctions that distinguish them from one another.

Dell has developed a cutting-edge gaming laptop called the G3 which is a high-profile machine for professionals. This computer comes with up to 8GB of DDR4 memory and up to 10th gen Intel Core i7 Octa-core processors. This is wonderful because it has a lot of processing power and smoother multipurpose functionality, which you can enjoy when playing games or editing photos. In April of the year 2018, it was originally introduced.

The Dell G3 laptop has a superb form factor and high-end features. It has a 15.6” full HD anti-glare screen with a 1920 x 1080 pixel resolution. It offers a 120Hz refresh rate, which usually provides an advantage when rendering videos and gaming while editing.

When you buy the Dell G3 laptop, you get a lot of connectivity and other extras. These include WiFi 5 and Bluetooth v5.0, which allow for greater connectivity over a wider network range than usually offered in laptops. One of the great features of this laptop is Game Shift which performs heat-related tasks, raising productivity when you’re at work or playing a game.

Dell G5 is a refinement of the Dell G3. It has more storage and longer battery life than the G3, allowing it to multitask better and more smoothly for extended amounts of time. Along with the G3, it was released in April of 2018.

With the Dell G5, you can have a gaming machine that has high-quality graphics and tons of storage space. It has a large amount of DDR6 dedicated graphics memory, as well as an M.2 SSD which provides a ton of room for storing large amounts of data like videos and games.

The Dell G5 has an excellent form aspect than the G3 due to its reduced dimensions. It contains a USB Type C port and Wi-Fi v6.0 for better network connectivity and Wi-Fi coverage. This also means that this laptop is more expensive than the G3.

Dell is a well-known brand among laptop manufacturers all around the world. When it comes to gaming computers, there are a lot of alternatives, but the Dell G series has some very decent specs beneath the hood.

The Dell G5 and G3 laptops provide two quite distinct experiences, each catering to a different set of requirements. Although they are both amazing, the Dell G3 is less expensive than the Dell G5. This article will inform you which model will work best for you and your budget if you’re seeking a fantastic laptop with exceptional gaming capabilities.