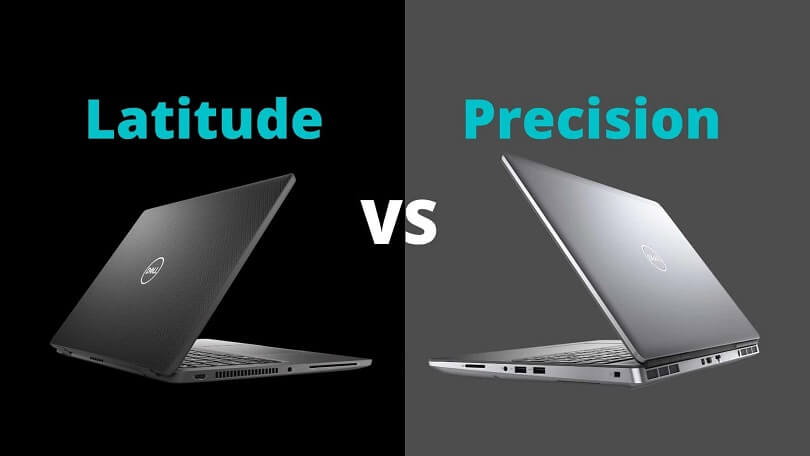 When choosing a laptop, a person’s mind is usually racing with ideas about what kind of laptop he should choose and which aspects, such as specifications and durability, would best suit his purpose and wants. Both the Dell Precision and Dell Latitude contain many characteristics, including some that are only found in a few other competitors, such as extra GB (RAM), screen sizes, a rapid connection to a Wi-Fi signal, and various improvised technological elements.

Dell Latitude and Dell Precision are two laptops created by Dell. Deciding between these 2 laptops works similarly to choosing between any other laptops of a different brand.

Dell Precision is a line of computer workstations designed for CG professionals architecture and small-scale companies. For advanced users, designers, and artists, this computer boasts over twenty years of innovation. Dell precision laptops were initially introduced in 1997.

The Dell latitude has changed over the years, although it still lacks some functions when compared to the Dell Precision. Dell latitude comes in three different varieties. The latitude was the first laptop to be created in 1994.

According to the latest stats, Dell Precision performs exceptionally well and quickly when compared to competing workstations on the market. Dell Precision’s base model has a quo-core i5 processor. It has a 15.60-inch display and 16 GB of RAM. It comes with Windows 10’s most up-to-date software. The total weight of this version is approximately 2.13 kg. In comparison to previous generation laptops, the Dell Precision boasts a reduced footprint and revamped cooling systems. DELL Precision 7540 has greater RAM, with up to 32 GB customizable.

It’s worth noting the substantial bezel around the Dell Precision display when looking at it – it’s almost a warning that this computer is built for work. If you’re looking at the screen long enough to notice the hefty frame, you’re probably not doing the job this laptop was designed to accomplish. This Dell laptop is approved for smooth operation and ensures durable and high-performance depending on apps, which a person can rely on to run smoothly every day.

These pcs are the backbone of effective and enhanced reality content development, with commercial-grade visuals. Dell Precision is a really efficient and productive breakthrough for any professional user. Dell precision’s expert system, which has aided intelligent retrieval, assists businesses in solving complex issues and gaining new insights into their data.

What is Dell Latitude?

The Dell Latitude laptop was designed primarily for business use, and it was manufactured and sold to corporations, schools, hospitals,  and government agencies. Due to their business-oriented capabilities, Dell latitude pcs are highly customizable. They’re also present in Latitude laptops, which is a system within a system.

There’s a lot to appreciate about the Latitude, but the amazing battery life is the highlight feature for this reviewer, whose biggest concern is a dead battery on his laptop. We’ve been yearning for this kind of battery life. It’s an “all-day” machine in every sense of the word. The Dell precision device was designed with a large number of users in mind.

Dell Latitude is a fantastic laptop that is well-built in a methodical and efficient manner and appears quite classy from the outside. A Dell latitude comes in a variety of configurations, each with impressive battery life and a stunning screen display. Despite all of these advantages, one of the most significant disadvantages of latitude is the lack of an SD card port. Only a Memory Card card can be used instead. The second disadvantage is that this device can’t be utilized as a tablet.

Difference Between Dell Precision and Latitude

As a result, the Latitude is a wonderful choice if a person wants a superb system for general business efficiency and will be utilizing the built-in keyboard for many hours every day. However, if a person requires Power Saver, accuracy would be an excellent alternative. Instead of the ultra-low-power U series CPU found in the latitude, the Dell precision capabilities use a higher-performance H Series CPU.

If a person truly requires more performance, the precise advantages would undoubtedly outweigh the downsides in terms of day-to-day usage when compared to the Dell Latitude. However, if you do not require additional processing power, the Dell latitude is an excellent choice.