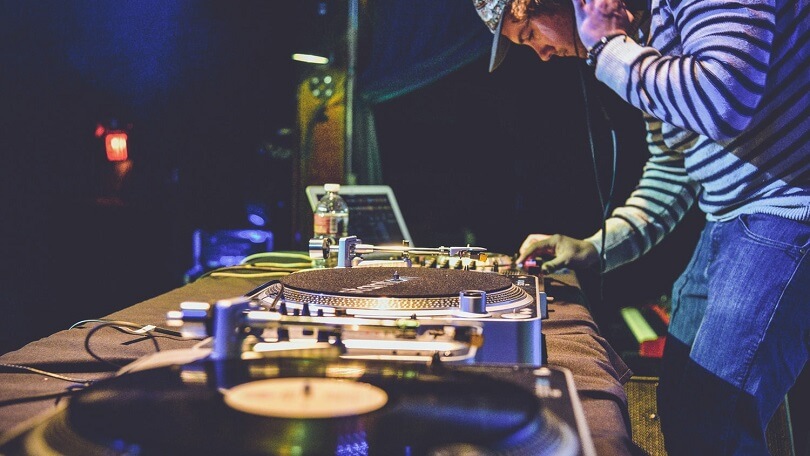 There are a variety of positions tasked with keeping a live audience entertained and, perhaps, more involved. They may be part of a community event management team or perhaps operate alone as a freelancer. DJs and MCs have two of the most important positions in community management.

A disc jockey (DJ) plays music that has been pre-arranged and pre-selected for an audience. Even when playing music, some DJs chime in with their thoughts and observations. Dancers frequently use this tactic to get the crowd going.

When it comes to hosting a party or event, an MC is in charge of making sure everyone has a good time. They’d introduce the event’s key players and make any announcements that were required. The primary means through which MCs engage their audiences is via the words they choose and the delivery they use.

Disc Jockey is the formal name for a DJ. The DJ is primarily responsible for ensuring that the event or party’s music or soundtracks go well. DJs often play tracks that have previously been arranged and prepared. They also incorporate fresh rhythms into old classics.

There are DJs that chat or remark while playing music. This is a way to re-energize the audience’s sluggish dance moves. For their ability to remix, DJs are well-known A DJ’s skill is evident in the way he or she mixes tracks together, adjusting the low and high rhythms to get the desired effect. In addition to their music, certain DJs are recognised for their on-stage antics.

DJs may be found in a variety of settings, including radios, parties, weddings, and dance clubs. Even though they are mostly hidden behind their music consoles, the interaction they have with the audience is based on their music, not their appearance.

The DJ prepares the music based on the event’s atmosphere and theme. Tracks are often designed with the guests’ ages in mind. It’s as though a younger audience is more likely to dance to hip-hop and rapid music. Whereas during a wedding, soothing and romantic music would be played to commemorate the joining of two people in love.

What is an MC?

Microphone Controller, Master of Ceremony or Master of Ceremonies is the full name of MC. This person is usually in charge of running the show during an event. Communication abilities and a quick wit are among the MC’s greatest assets. In order to keep the audience entertained, the MC usually gives their speech in a calm yet well-structured style.

With an MC, there is more engagement and exposure with the crowd. Every aspect of the event is handled by the MC. This includes welcoming and introducing visitors, assisting attendees in finding their seats, and even assisting with the food service process if necessary.

It is the responsibility of the Master of Ceremonies to ensure that the event proceeds as smoothly and efficiently as possible, according to the organizer’s original vision. Rappers are also known as MCs in hip-hop culture. With the DJ as a sounding board, they often work together.

MC has a long and interesting past. It all started with the Catholic Church, where MC would serve as the church’s official timekeeper. MC would aid the Pope and the hallowed rites of the Catholic Church. When looking for an MC, the ability to speak in front of a crowd was an important consideration.

Difference Between DJ and MC

The purpose of both DJs and MCs is to keep the audience interested in their performances. They’re always looking for new ways to keep their audience entertained. Those in charge of the event or activity are expected to ensure that it goes off without a hitch.

Whether you’re a DJ or an MC, you need to be able to bounce back quickly if anything goes awry. For their ability to captivate an audience with clever one-liners and unexpected twists, they are highly regarded. DJs and MCs have a unique style that sets them apart from other DJs and MCs in the industry because of their abilities in timing, networking, endurance, technical competence, and creativity.