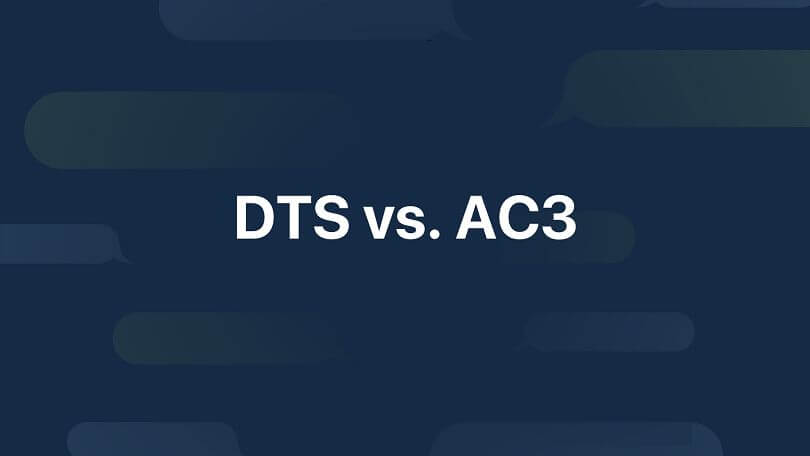 A number of technical steps must be completed before a digital output such as a movie, music, or television show may be made available to the public. These specialised treatments are necessary for a more relaxing experience. Graphics and sound editing are part of this process.

In the entertainment industry, editing work is becoming more feasible because to the rise of new technology. Different sound systems have been devised to make the material more audible due to various sounds or the real voice being low or not up to the mark when filming.

It’s possible to hear things more clearly and loudly when using one of the many sound systems available in today’s digital world. Diverse organisations are introducing new technologies, and the way people interact with them has changed significantly as a result.

When theatregoers hear actors’ voices being amplified with the use of sound enhancement devices, they get a more immersive experience. Each of these technologies is in rivalry with each other since there are numerous businesses who have better versions than the others.

What does DTS stand for?

In the field of cinema and video audio, DTS is a firm that develops multichannel audio technology to improve the sound quality.

Those interested in digital surround sound systems should check out this company’s offerings. In 1993 DTS was developed as a higher quality rival to Dolby Laboratories and unquestionably achieved its aim of being superior in the market. The firm is situated in Calabasas, California.

Their technology, DTS, is another name for DTS. People with home theatre systems may enjoy movies that were previously only available to moviegoers in a movie theatre, thanks to advancements in audio technology.

Home theatre systems may benefit from DTS’ cinematic sound quality. And the audience will remember it for a long time. There are varying degrees of quality in the technology. There are a variety of variations, each with a specific function. As an example, there is a separate version for the theatre and a separate one for the home.

To encode six separate audio channels into one or two CDs, the DTS encoder is now in use. Many decoders and CD players are available in theatres, allowing the sound to be routed to various speakers according to the situation.

DTS-HD, which supports 7.1 speakers, is one of the most sophisticated surround sound formats available. DTS-HD Master Audio and DTS:X are two alternative options for high-definition audio (this version competes with dolbyatmos).

When it comes to DVDs, DTS offers a higher data rate of up to 768 kbps and a higher bit rate of up to 1.5 MB/s. It’s better for the listener if the audio isn’t compressed too much during encoding.

What does AC3 stand for?

When it comes to audio compression, Dolby Digital’s AC3 technique is known as Dolby’s AC3. Under the auspices of Dolby labs, this innovation has been hatched. In the stead of Dolby Digital, the name AC3 is being utilised.

While the quality of AC3 isn’t quite lossless, it’s close enough for home theatre use. A DVD’s sound format is known as a ‘.wav’ file. and also in blu-ray discs

There are several reasons why ATSC picked AC3 dolby digital, including its widespread usage by filmmakers and audiences alike, its single audio output made possible by downmixing, and its obvious sonic excellence.

In order to offer an immersive experience for the spectator, AC3 includes a 5.1 audio channel, which includes five full channels and one low-frequency effect channel. Since AC3 pre logic, the sample rate has been increased to 48KHz, resulting in better sound quality.

The human-audible frequency range is covered by the AC3’s sound frequency range of 20 to 20,000 Hz. To put it another way, sound effects may be magnificent. Most HD TV programming uses AC3 as their standard audio format mixed with HD signal television transmission, making the viewer feel as though they are in the middle of a real-life scene.

It is recommended that consumers utilise an amplified theatre system while using AC3, since AC3 encodes in low bitrates.

Difference Between DTS and AC3

DTS and AC3 are two surround sound technologies that are in direct competition with one another. The sound quality of a film may be increased by using either DTS or AC3, which are two distinct approaches that achieve the same result.

From what we’ve learned thus far, DTS is a product of the DTS Corporation, whereas AC3 is a product of Dolby Laboratories. When it came to the marketplace, DTS was a direct competitor of AC3. DTS is often considered to be better than AC3.