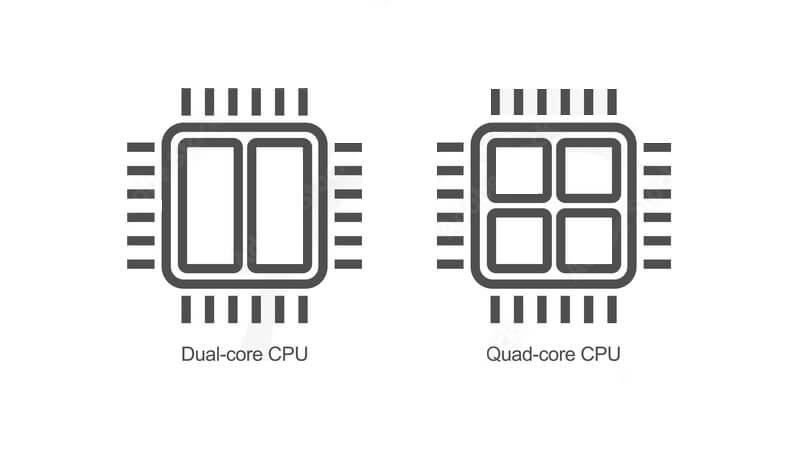 In the modern age that we currently live in, people love buying electronic devices, because they come with all the features they need to help in fulfilling the functions they want. However, not everyone fully understands what they mean and are not able to figure out which is best for them.

Manufacturers come up with different specifications all the time, and one is better than the other. However, when you have no idea what you are actually in for, it can be hard to decide which one to get, even when they come in the same price range. You can sometimes read on the computer’s specifications: dual-core or a quad-core. But, do you know what they actually mean.

They might look the same and feel the same, but once you start using the device, you will see the difference in terms of how fast your device reacts when you open a lot of things and carry out intensive tasks. Knowing the difference between them and how they operate will help you understand them better.

The main difference between a dual-core device and a quad-core device would be that a dual-core device has two core processors, which are great for individual use and are energy-efficient and cost-effective. It is great for handling basic tasks and day-to-day activities on the internet, such as surfing the web and sending emails.

On the other hand, the quad-core devices would have four core processors, and it is better for people who need to do a lot of tasks at the same time. Without a doubt, quad-core devices will consume more energy and generate more heat in the process, but they also work faster and is able to support the user for using a lot of different application without any lags. In terms of performance, a quad-core would be much faster than a dual-core device.

What is a Dual-core?

The advantage of a device that has a dual-core processor would be that it performs better than a single-core processor. It also has the benefit of being able to divide the data for processing into several units. Thus, it helps to boost the performance of the device. When computer processors need data to switch between threads, dual processes allow the device to run them simultaneously instead of having to switch in between. This process is known as hyperthreading, and dual-core processors are able to give better battery life to devices compared to other multicore processors.

Some of the disadvantages of dual-core processors would be that some single-core central processing unit is able to outrun it because they tend to have a greater clock speed, and it can also be better at doing single tasks. There are some programs that cannot be run using a dual-core processor as well because it is not able to handle the tasks required simultaneously compared to multi-core units.

What is a Quad-Core?

Some of the major advantages of the quad-core would be that it helps in increasing both the speed and the performance of a device, and it also helps the device to run tasks simultaneously without any lags. Even when a task uses up a lot of resources, it is able to handle things better than a dual-core processor would. It is also great for managing intensive tasks while using very little power.

Some disadvantages would be that it consumes a large amount of power to operate and thus would increase the heat of the system, which means that you will need to find cooling systems for your device.

Difference between Dual-core and Quad-Core

As the struggle to make a good device comes into play, there has been a huge talk about the processors that come with them. Depending on what you will be using your device for, the dual-core processor might be good enough for you. However, if you are thinking of doing a lot of tasks at the same time, then you would best consider trying to use a quad-core device.