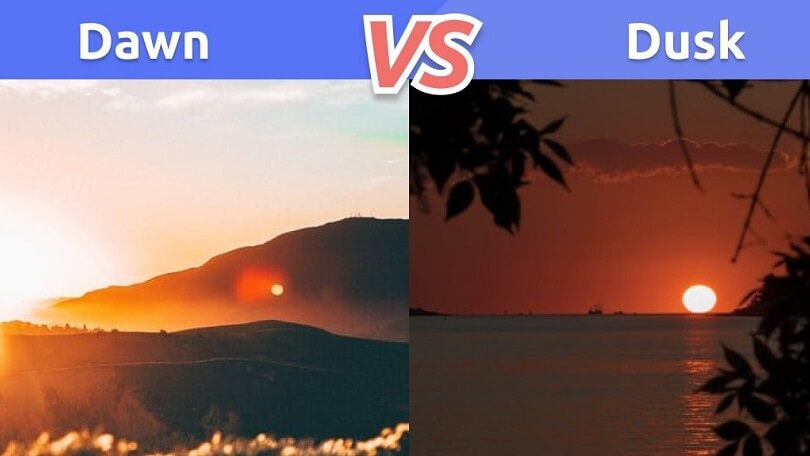 Twilights are known to be important for the aviation, navy, and the military because they often use terms like EENT and BMNT in order to define and set rules when they are having strategic meetings in making very important decisions. However, layman’s term for these things is simply dusk and dawn. And yet, these basic terms can still be very confusing to some people.

There are three types of twilight when it is based on the angle of the sun on the horizon, and they are the civil twilight, the nautical twilight, and the astronomical twilight. Considering these twilights, it is important to note the differences between the two. For example, in the civil twilight, dusk is when the sun is at 6 degrees below the horizon before the sunset, which means that it occurs in the evening, while dawn happens at the same placement as the sun but happens in the morning.

On the other hand, in terms of nautical twilight, the difference between dawn and dusk would be their geometric center where the sun is 12 degrees below the horizon in the evening and called dusk, while if it is in the same place but occurs during the morning, it is known as dawn.

Knowing these differences allows you to have a better understanding of what dawn and dusk are and also enables you to figure out which is which. This helps you to easily identify dawn from dusk, which is helpful when you need to tell the time to someone else.

The general term is dusk is known to be the twilight that happens before sunset that can be found on the western horizon. It is the time that would mark the end of daylight hours and would start the dark hours. This transition would be where the dim light from the sun is masked with the different color that gets formed from the last rays of the sun as it goes down to set. However, it would also be good to know about the different technical specifications of dusk, which come in three forms: civil, nautical, and astronomical definitions.

To further clarify things, dusk is known to be shorter in tropical regions as well as regions that are near the equator while it happens to be longer in places with higher latitudes. Polar dusk remains for the longest time as it starts from the beginning of the September equinox and would remain for a few days before the sun would set completely for six months and darkness would prevail completely.

Dawn is also known as the twilight before the sun rises right about the Eastern horizon. It is when the sky is of light orange colors with hues of red, and it also serves as the beginning of daylight. When the end of dawn is done, then sunrise is completed. However, the different phases of dawn are separated through the different angles of the geometric center of the sun on the horizon.

The astronomical dawn would mark the beginning of morning twilight and is followed by the nautical and then the civil twilight, completing the sunrise. The length of dawn would depend on the latitude as well as the longitude of where the place is. In the equator and the tropical countries, dawn is shorter, while it happens longer in places of higher latitudes.

Dawn would prevail the longest time in the poles, although it would only happen once a year. Polar dawn is known to happen a few days before the March equinox starts, and it also marks the start of daylight in the poles.

Difference Between Dusk and Dawn

Dusk and dawn are markers of time, and they are extensively used by a lot of people, and that is the very reason why it is important to understand them better and learn how to use these terms properly.