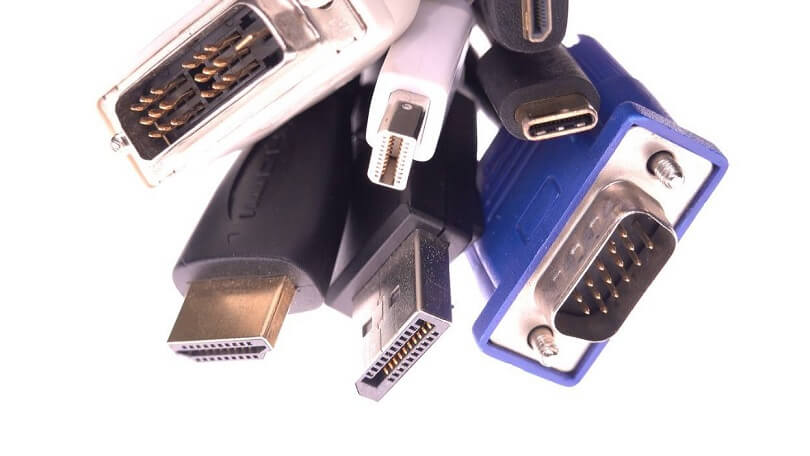 The hype for video output of higher resolution has been going up through the past years, and it is because of the technological advances that accompany them. Two of the jargon that is mostly associated with this would be the D-sub and the DVI. They are often confused with one another, but it’s important to know that D-sub and DVI are two completely different things as we will see in this article.

The main difference between DVI and D-sub would be the type of signals they can transmit as DVI is able to transmit both analog and digital signals while D-sub is only able to transmit analog signals. This makes all the difference when it comes to how good their output quality is and this is one of the most important reasons why you should know about their differences as well.

Another important thing to know would be that DVI is designed specifically for display purposes, and that is why it is more focused on the quality of the video that it displays. On the other hand, D-sub was designed for other purposes such as gaming pads, connecting mouses, and more. In that sense, it is more understandable if D-sub is not able to produce a quality video as good as the DVI.

At the same time, DVI is way different from D-sub in the sense that D-sub is already outdated as it was first released way back, years before the DVI was. DVI has been continuously improving its specifications to the point that it is able to support high-quality resolution videos than the D-sub. However, although the DVI is able to give off a good quality video display, that is all it can do as it is not able to do other purposes that the D-sub is able to give off. In terms of types, DVI comes in three types, while D-sub comes with five shells and a lot of different configurations for you to check out.

DVI was introduced way back in 1999 specifically for commercial use, and it was made to support visual displays of great resolutions. DVI is curetted to be able to transmit both analog and digital signals and is known because of its clearer and higher quality of videos. There are three types of DVI which are DVI-A, DVI-D, and DVI-I. The DVI-A only transmits analog signals, DVI-D only transmits digital signals, while DVI-I transmits both analog and digital signals. DVI-A, DVI-D, and DVI-I are all used in LCD monitors depending on the one that you buy.

DVI-I standard was one of the most widespread in the types of DVI because of its great compatibility with both analog and digital signals, and thus, it has built rapport with VGA cables, and this allowed it to be used for a lot of input and output devices of the plug-in type.

DVI stands for digital visual interference, and it is a hot-pluggable cable that is known to be used in laptops and computers. DVI is a D-shaped shell that uses pins to connect to channels which is the basis of confusion between VGA and DVI cables. DVI comes with dual signal links, which enables it to support 2560 x 1600 video quality at 60Hz.

D-sub is short for D-sub miniature, which is an electronic cable that comes with a lot of different purposes introduced way back in 1957 and is mostly no longer used in modern times. It is used when transmitting video signals and is also known as VGA. T is only able to use analog signals. However, there are serial ports that allow it to transmit digital signals too. VGA or DSub has a D-shaped shell with 15 pins and is arranged neatly in three rows.

Other D-sub applications would be used as parallel ports, mice, serial ports; gaming pads have been replaced with USB cables. However, D-sub is still used in DB15 and DB9 connectors for monitors, although it is mostly applicable to LCD monitors as well as other visual display devices.

D-subs are great in terms of built and can screen against electromagnetic radiation. The D structure of the device gives it enhanced support and easy to correct orientation to the cable, and its metal shield also helps in providing protection.

Difference Between DVI and D-sub

While both are electronic devices that are similar in appearance, DVI is more developed and advanced than the D-sub, albeit only having one specific function. It is important to learn the difference so that you are able to select which one would be more useful for you when you plan to buy it.