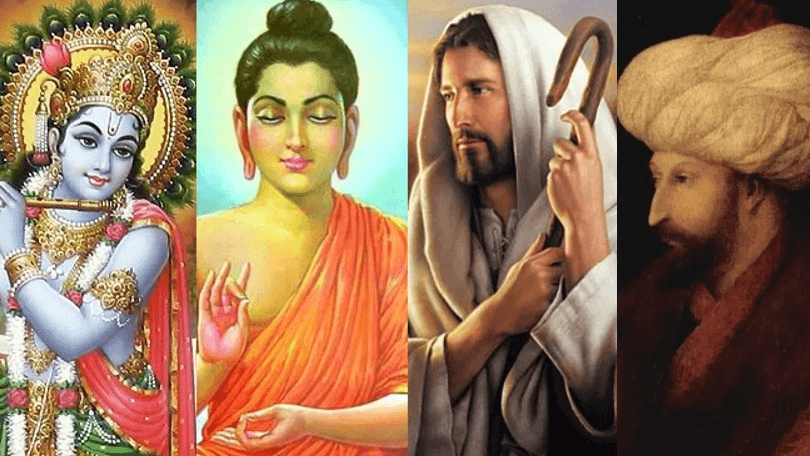 Religion has existed in some form or another since the dawn of time. There are many distinct faiths around the world, each with its own set of beliefs, ideals, and faith. It can, however, be separated into two groups: Eastern religion and Western religion.

Islam, Judaism, and Christianity make up the Western religions, commonly known as Abrahamic religions. These are generally practiced in the West, and they have influenced Western civilization.

What are Eastern Religions?

This paradigm of religious beliefs, which originated in Asia, consists of worshiping several Gods and obeying religious leaders’ teachings. Hinduism is one of the most well-known Eastern religions, and it is also one of the world’s oldest religions. Hinduism’s teachings are founded on the cycle of Dharma, Karma, and Moksha. Some beliefs date back to the Indus Valley civilization.

The Vedas and Upanishads are revered religious scriptures, with The Bhagavad Gita being the most important. It is said to offer solutions to all of life’s issues. Buddhism is another closely connected religion to Hinduism, in which Lord Buddha taught his devotees how to achieve Moksha or enlightenment, and so be free of the cycle of birth and death. Mahavir’s followers in Jainism take the same approach to life.

Taoism or Daoism, which is more prevalent in other Asian countries, is founded on the three pearls of Tao, which are compassion, restraint, and humility. Shintoism, which is practiced in Japan, is also closely tied to Buddhism. Confucianism is more than just religious teachings; it is an ethical, cultural, and even political guidebook on how to live a decent and just life.

What are Western Religions?

Western religions, like their equivalents in the East, have their roots in earlier civilizations. For example, Christianity is based on Roman Catholicism, and it believes in a single God who will atone for all of their sins. Jesus, the son of God, is the Saviour, and if one adopts his teachings as laid out in the holy book, The Bible, which also includes being sympathetic to others, forgiving those who hurt you, repenting of your sins, and finally when the Day of Judgment arrives, one will be saved.

These daily good and evil deeds will either lead to Heaven or damnation to Hell. Judaism is thought to have begun in the Bronze Age in the Middle East. Judaism’s central doctrine is that there is only one God and that He desires his adherents to be sympathetic, just, and kind to others.

Islam, like Christianity, has its origins in the Middle East, and its adherents believe in Muhammad as God’s messenger. Muslims believe that there can only be one God who is all-powerful, all-forgiving, and all-knowing, according to their sacred scripture, The Quran. They, like Christians, believe in prophecy and the idea of judgment day.

Difference Between Eastern and Western Religions

Any religion and its principles are really about finding strength inside oneself and doing what is right for oneself and others. It’s about doing the right thing even when there’s an easier way out; living a moral life is a rewarding experience. Even if Karma and Judgment Day do not exist, it is about going through life according to specific ideas indoctrinated by wise leaders for the sake of all, person and society at large.