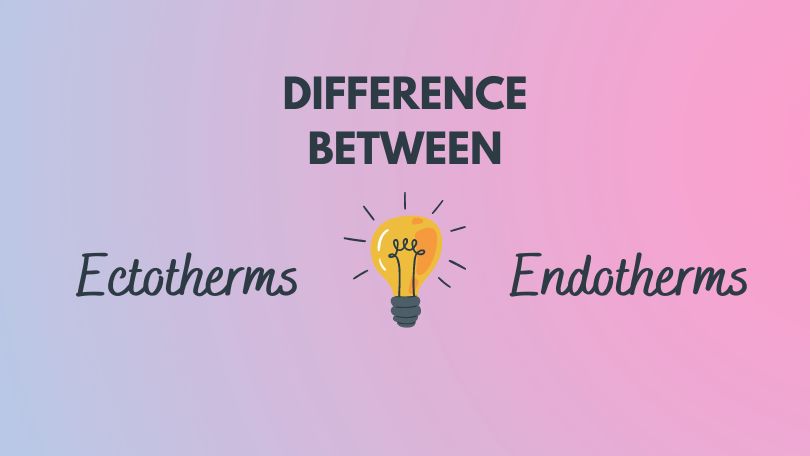 Pets like reptiles and amphibians need more time and effort than dogs or cats. Like a dog’s or a cat’s health, it is dependent on the surroundings for its well-being. As each amphibian, or reptile is adapted to its specialized, or a particular food, it is essential for the keeper to be informed of their family history.

Many biological functions, such as the ingestion of food and the defense against illness, are facilitated by the heat provided by the environment, which is the case for both reptiles and amphibians. They may be unable to fight diseases or absorb any nutrients from their diet if the temperature in their environment is too low.

An important distinction between Ectotherms and Endotherms is that the Ectotherms cannot create their own heat, hence they have to rely entirely on the environment for their survival. Endotherms, on the other hand, are creatures that can keep themselves warm on their own, without any help from the environment.

When it comes to creatures, ectotherms are those that have a modest or low amount of internal heating, therefore they absorb heat from their environment. Several ectotherms exist in a climate where the temperature is never going to rise or fall. In contrast, animals bask in the sun to take in heat, undertake activities, and occasionally restrict their physiological activity in order to save energy in regions with a wide range of temperatures.

As temperatures fluctuate, so do the body temperatures of Ectotherms, known as Poikilotherms, which gives them a second, more specific moniker. Many ectotherms, such as reptiles and insects, have specific body patterns that allow them to maximise sun exposure or seek protection.

Ectotherms are able to control their body temperatures via a combination of behavioral and physiological changes.

In cold weather, some ectotherms enter hibernation, or a state of torpor, which may last for a day or a year depending on the species, and thus restrict their movement and some may not be able to survive the season, as their metabolism rate and body temperature decreases and, in some animals like wood frogs, their metabolism stops. Hibernation is a lifesaver for animals like these because it permits them to go lengthy periods of time without sustenance.

Endon, the Greek word for internal, refers to species that control their body temperature from inside. In order to keep their metabolism running smoothly, they keep their core temperatures stable at a comfortable level. The animal’s regular metabolism is the source of the animal’s internal heat.

Instead of being impacted by the ambient temperature, like Ectotherms are, Endotherms maintain a constant internal temperature in order to keep their metabolisms running smoothly. Endotherms, on the other hand, are active all day and night, unlike Ectotherms, which slumber throughout the night and emerge in the morning to absorb the sun’s heat.

As the temperature rises, the body’s metabolic rate increases, resulting in a greater need for food. In order to prevent being overheated, animals “pant” to expel heat from their bodies. Unlike hairless and short-haired animals, such as humans, who “sweat” to cool off, humans shed heat by sweating. In order to cool off, elephants utilise their enormous ears to boost the flow of air.

Difference Between Ectotherms and Endotherms

All chemical reactions include the transfer of energy, and this energy is typically released as heat in the form of ectothermic or endothermic reactions. For example, mechanical and thermal energy are generated from the chemical energy, which is subsequently used in everyday activities such as food digesting Both Ectothermic and Endothermic reactions are opposite processes, in which the heat is taken from outside sources, while the energy is generated from inside i.e. via its biological systems.