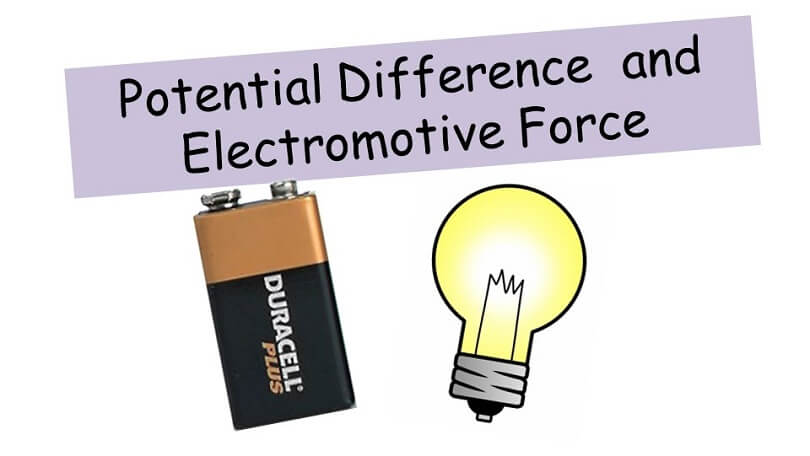 Voltage comes with different types and terms, and part of the types would be the potential difference and electromotive force. Voltage is the pressure produced when the power source of an electrical circuit pushes charged electrons through a conductor that produces current. The concept of voltage might be confusing for some people, but it is rather easy once you learn more about it. The same can be said about potential difference and electromotive force. They may seem similar, but they are actually two completely different things. By learning more about them, you would be able to differentiate them properly.

Electromotive force is not really a type of force but an electrical action that is made from a non-electrical source. It is the electric potential that is caused by a magnetic field or an electrochemical cell. Emf is measured as the work done or the unit of electric charge. It is represented with ε and Volts in the S.I. unit of measurement.

The potential difference, on the other hand, is the difference between the amount of energy between one point to another within a circuit. It is often denoted as voltage and is represented by P.D.

What is Electromotive force?

An electromotive force or emf is related to voltage, except it is the energy per unit charge that an electrical source produces, such as an electrical generator or a battery. It is the electrical potential that is generated by a changing magnetic field or an electrochemical cell. It occurs within a circuit that has an electrical generator or one that is operated with batteries and has two terminals: positive and negative charges. The current moving from the negative charge to the positive terminal is known to be the electromotive force.

The Faraday Law relates emf through the development of an electromagnetic field that is caused by induced emf. The measure of emf is done by the sum of the source voltage, the product of the current, and the internal resistance.

Numerically speaking, it is the ratio of the work done on a unit of electric charge in the entire circuit. The value of emf is known to be constant throughout the entire circuit. EMF measurements are widely used to detect the endpoint of the titration. It is also used to measure the relative strengths of a lot of different reductants and oxidants. Along with that, it is also needed in the calculation of the standard cell potential. It is also useful to help in predicting possible reactions and finding the equilibrium of a reaction.

What is Potential Difference?

It can also be determined through the use of a device called a voltmeter. The parts of the EMF are the gravitational field, electric and magnetic fields. Potential Difference can only be computed in the presence of electric fields. It can be applied to various situations, such as the separation of large molecules like DNA through size and charges and more.