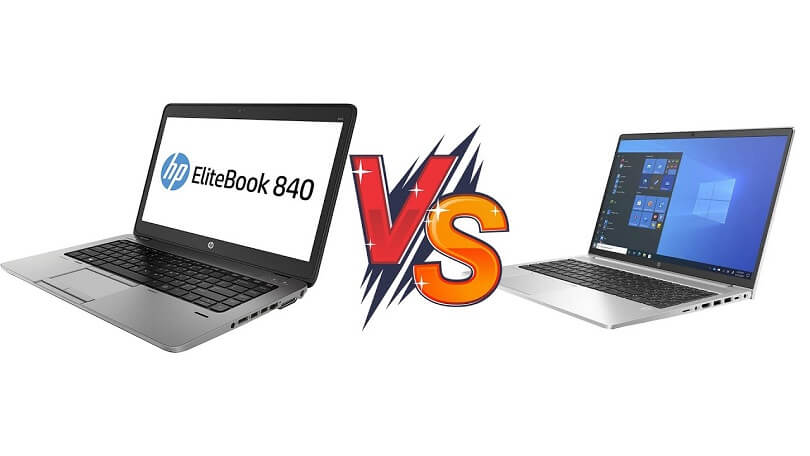 EliteBook and the ProBook are two different brands offering premium business-class notebooks that are crafted by HP, a modern tech company. Both the brands are designed for corporate clients as well as business owners. They are very useful and are worth the money paid for them. If you are thinking about getting one, you will need to learn more about their differences so that you can properly assess them for yourself.

The main difference between the EliteBook and the ProBook is that HP EliteBook is pricier than the HP ProBook. The high price of the EliteBook can be justified because of its state-of-the-art features, its military testing level, and its strong computing power. It is very well worth the money that you will be paying for it. This is why you need to understand more about what it can do and how it can help you with what you do.

EliteBook devices are built using a sweet brush anodized aluminum exterior that comes with magnesium alloy chassis. This helps to ensure toughness and durability even in extreme environments. On the other hand, the ProBook devices are built with flexible bodies that are work-ready and are very lightweight. It allows users to carry it anywhere without any inconvenience.

HP EliteBook is a brand that has 11 generations of business-class notebooks and comes in high performance that is developed and crafted by HP. This series was first introduced in 2008 as HP set new standards for its manageability, performance, and designs. The EliteBook series became an instant hit to its target audiences, which are large enterprises.

The machines came with Intel Comet Lake as well as AMD Zen 2 Renoir processors, which made them of high quality. It included a lot of different features such as 5G WWAN. It is known that the EliteBook rose up to compete against Lenovo’s Thinkpad, Acer’s TravelMate, Dell’s latitude and precision as well as the Toshiba Protégé. Knowing more about how it works helps you to learn if you want it or not. Most of the laptops in the series come with 14 inches of screen with a touch screen as well.

HP ProBook is designed as a mainstream commercial notebook targeted towards small to medium-sized business owners. It was produced in August 2009 with its S-series and was followed by a B and an M series. The devices used to be the ones that were always first to offer the latest technologies in terms of their processor.

Currently, the ProBooks are known to be just below the EliteBooks when you look at their performance, reliability, manageability, support, and security. The main difference is that the body of the ProBook is very light and flexible, allowing the user to carry it anywhere with many conveniences. It is the best companion when you are planning to go to a coffee shop and happens to always be on the go. In the recent update, HP gave this computer an aluminum chassis that makes the device stronger and more durable.

ProBooks happen to be in the medium price range and is considered to be a cheaper alternative to EliteBooks. The latest version would be the ProBook 455 G7 and the Probook 445 G7. They both run on Windows 10 Pro, and it means that users should be able to enjoy the different management tools it offers as well as some additional security features.

Some of the competitors of the ProBook are the Dell XPS 13, Asus ZenBook 14, Microsoft Surface Pro, and the Asus ZenBook Flip 14. It is a good type of computer, especially for those that are not heavy users, so it would be good to figure out if you want one or not.

Difference Between EliteBook and ProBook

ProBook is a good choice if you are tight on budget, but you want something that comes with excellent quality. If you happen to have the money and a large enterprise, then the EliteBook would be the perfect choice for you.