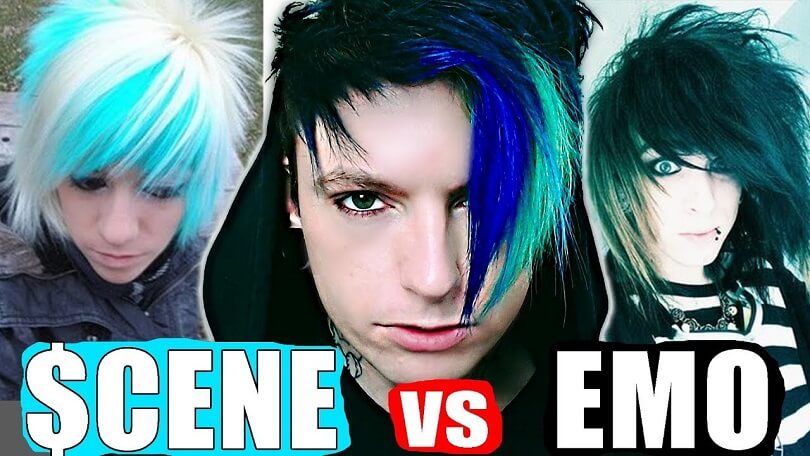 Culture can be defined through a lot of things, and it is called the way of life for a society. It can be a belief, manner, dress code, religion, art, language, or more. Culture is something that tells you the characteristics and social behavior of a group of people. Every culture has its own unique characteristic and tradition that is embraced by each person within the group. Thus, culture can be an identity or proof of a person’s behavior and character.

Different types of cultures have been spread all over the world, with some cultures dating way back hundreds of years ago while some have been born in the later years. In line with this, it is important to know that the amount of followers nor the time of discovery does not invalidate a culture.

Besides different cultures, there are subcultures where the essence of the parent culture is there, but it has been modified. This is where emo and scene subcultures come into play as they are traced back to the punk rock music genre. There are a lot of things that would be important to learn about how culture works and why they exist. While two cultures may share some characteristics, it is undeniable that they are still different from one another. Emo and Scene subcultures are two different cultures, and learning more about them will help you to understand their differences.

What is the Emo subculture?

The entirety of the emo subculture actually originated from die-hard fans of the emotional hardcore music genre or emocore. It is a music genre that follows the style of punk rock music. It has been reinvented into indie rock and pop-punk style as well. Fans have paved the way for the emo subculture to get started. Inspired by the music genre, they started to have a specific appearance and dressing style. People that are die-hard fans of emo music are often referred to as emo kids or emo.

Emo fashion is unique and easy to identify. This includes tight t-shirts worn with very tight jeans and dark eyeliners under the eyes, as well as black hair. The most easily identifiable part was the hairstyle, as it would cover more than 50% of their face as the emo subculture identified with introverts. They also wore thick-rimmed glasses, black fingernails, and wristbands. Studded belts and black sneakers were also some of the common to-go outfits.

In its initial phase, the emo subculture gained large popularity, but it faced a lot of different controversies because of the emphasis on the emotional expression that brought about a stereotype that emo culture came with self-harm, high sensitivity, depression, angst, and shyness. However, it still was prevalent in the US even after the decline it experienced way back in 2010.

What is Scene Subculture?

On the other hand, a scene subculture is a different form of a subculture which is pretty new as it was formed in the 2000s. It is also known as a youth subculture because of its popularity among the youth in both the UK and the US. Deathcore, post-hardcore, Crunkcore, and metalcore are some of the music genres that are related to this subculture. Although it traces back to emotional hardcore or emo subculture as its roots, it is actually different from it.

The members of this specific subculture are known as scenesters or scene kids, and they are proud to be called that. The fashion sense would include skinny jeans coming together with bright shirts, often in neon colors. They hand long straight hair with some fringes. They tend to color their hair with bright dye too. Party sunglasses, along with baseball hats, are also pretty popular in terms of their attire.

Scene subculture faced some heavy criticisms from heavy metal culture people and emo kids because of the duplication of style, and they started losing some of its popularity after 2010, but it made its comeback to fame in 2019.

Difference Between Emo and Scene Subculture

Culture and tradition come hand in hand, and while people might have different cultures, it is important to learn how to respect one another and let people enjoy the things that they like. Whether you like emo or scene subculture, you are valid to do what you like and dress up the way that you want to.