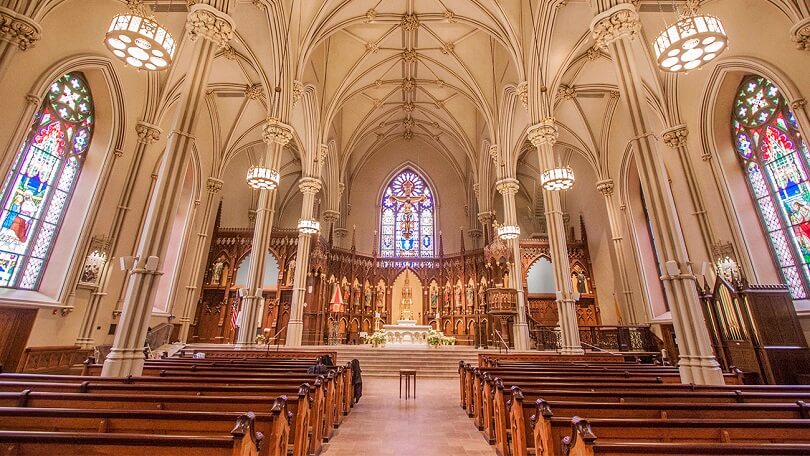 Religion and beliefs have become a core fundamental in society today. This is how human beings can connect with the divine power and purify their souls. The history of human religion has brought about political and theological conflicts, which have been evident. All religions happen to have one authority that preaches divinity values. They call themselves God’s messengers. People convert from one religion to another, which is a practice that has been in place since long ago.

Individual change of religion is optional and depends entirely on the person. Conversion is mostly a result of political influence or other religious beliefs. Christianity is influential because it is practiced worldwide. There is a difference between the value that Christianity has when compared to other religions. It has been used politically and during colonization.

The practice and beliefs of these two religions are what make them different. While both are a major part of Christianity, there is a difference in their ideas, beliefs as well as practices. Here is a deeper comparison of the Episcopalian and the Catholic religions:

Episcopalian can be referred to as the Anglian group of people that consider themselves both Catholic and Protestants. They follow the Catholic religion, as they also believe staunchly in the old churches but call themselves protestant as they are open to change and reformation. They are not stuck on rigid beliefs and ideologies.

The Episcopalian baptism through the Holy Trinity, (Father, Son, and Holy Spirit) makes them consider themselves Catholic. The Episcopalian religion can be traced back to the 16th century. It was during this time that the church of England stepped aside from the Roman Catholic church. The reason behind stepping aside was political theological issues. They felt some things needed the involvement of church members.

The major difference between Episcopalian and Catholics is that Episcopalian involves everyone in the decision-making process. While confessions have been an important practice in Christianity, Episcopalians have not made it a mandatory practice. They have made it optional. Episcopalians believed that the death of Jesus atoned us for our sins and made us right with God. According to them, priests are just a reflection of who God wants them to be.

It is a Christina belief. The Catholic Church is considered the largest and the most important church in Christianity. The major belief of the Catholic Church is that there is one God who is Almighty. This God is the maker of both heaven and earth, living and nonliving things as well as all that is seen and unseen.

The Catholic Church believes that they are the main and original followers of Jesus Christ. It is believed that it was they who preserved the Bible and other religious documentation from long ago. Confessions have been a major important practice in the Catholic Church. Catholics believe that it was Christ Himself who introduced confessions and that this practice is mentioned in the Holy Book.

When it comes to communion, only those that are a part of the church are allowed to partake. What this means is you have to be of the Catholic faith to partake in communion. There is no practice of birth control in the Catholic church. Priests and bishops are also not allowed to marry. They practice celibacy all their lives.

Difference between Episcopalian and Catholic

Both Catholics and Episcopalians are part of Christianity. Their different beliefs and ideas do not make either better than the other. Episcopalians are more open to allowing women to engage in practices of leadership and birth control methods.

While Catholics are the main and original branch of Christianity, the Episcopalians came forth because of the breakout from the Catholic Church. The break was of the Church of England from the Roman Catholic church. Though they both have different ideologies and beliefs, they believe in God as the Almighty and the one with all the power.