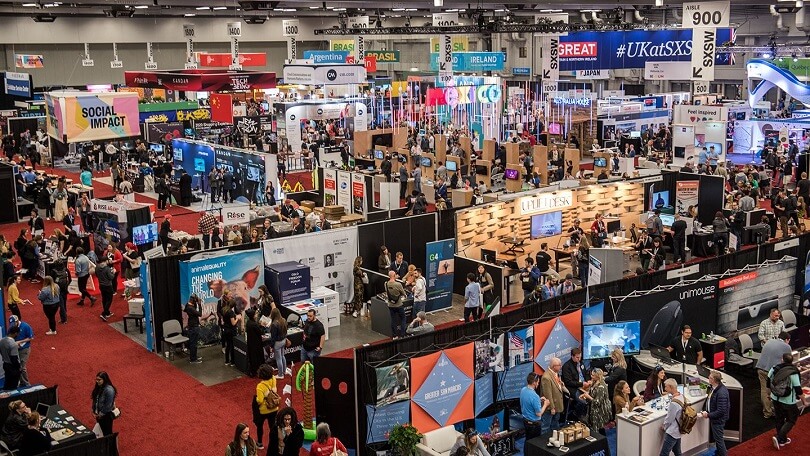 Fair and Exhibition are two phrases that refer to a one-time event for the public that can occur anywhere on the planet. They’re held to show off something, educate others, or simply entertain them. Due to their similar traits, it might be difficult to set them apart. There are, however, a number of distinctions between them.

An exhibition is an engagement in which works of art or other objects of interest are shown for the public at large or a chosen group of individuals, whereas a fair is an occasion in which people congregate for either industrial or recreational objectives.

An exhibition is a public event in which paintings or other interesting items are displayed. Typically, these are held in galleries, art galleries, or trade shows. Paintings, pictures, historical artifacts, sculptures, mechanical artifacts, local crafts, and other items may be on display.

The term ‘fair’ is commonly used to denote a gathering of people for a variety of economic activities as well as entertainment. These are mainly held in the open air. The majority of the time, an exhibition is only a minor portion of a larger event. On the other hand, a fair can never be labeled an exhibition.

What is an Exhibition?

An exhibition is a one-time event that entails the display of paintings or other interesting items in a well-organized manner. The majority of these activities take place in cultural or educational settings. Exhibitions are held in museums, art galleries, libraries, and exhibition halls, among other places.

Their major goal is to disseminate information about the artifacts on display. These goods might or might not be for sale. Paintings, historical artifacts, robots, machines, costumes, sculptures, and other items are popular display components. These could be the effort of a person or a small group of individuals who have agreed on a common event theme.

Exhibitions are organized, planned, and executed with the assistance of a team of individuals. These individuals are a group of professionals whose job is to guarantee that the event runs smoothly. Curators choose the things that will be presented with great care. Writers and editors are required to write the labeling and publications used to tell consumers about the items.

Furthermore, various designers and architects have been tasked with designing the appropriate venue for the event. Furthermore, event organizers, administrators, and a logistical team are in charge of the planning and arranging.

A fair is a temporary gathering of people for the purpose of amusement, entertainment, or commerce. These occurrences might last anywhere from a single day to several weeks. Many people sell food, cosmetics, souvenirs, and other items from their booths at the event. Games, quizzes, tournaments, and other leisure activities might all be held in these booths.

People were granted a vacation respite from working as slaves and servants in ancient Rome, which gave rise to the concept of fairgrounds. Fairs staged later in the Middle Ages were more akin to markets, when people from other regions or even continents could offer their distinctive wares. Animals such as horses, lambs, and sheep were sold at some fairs. Nowadays, fairs are usually conducted to celebrate or take a break from regular life.

There are numerous types of fairs. Trade shows, state fairs, town fairs, temple fairs, funfairs, state fairs, street fairs, and festivals are only a few examples. However, the total volume of people who attend these gatherings can sometimes result in turmoil, disturbance, and even riots. As a result, it’s a good idea to have someone in charge of overseeing the event’s operations and ensuring everything is in order at all times.

Difference Between Fair and Exhibition

Fairs and Exhibitions share some aspects, such as the fact that they are both ephemeral events. The reasons for holding these sorts of events, on the other hand, are vastly different. Fairs are hosted for entertainment and trade, whereas exhibitions are held to display goods.

Another significant distinction between these two is that the exhibitions are typically conducted indoors, such as in an art gallery, museum, or exhibition hall, while fairs are always held in huge outdoor venues. An exhibition may be a portion of a fair where various booths are set up for showcasing objects, which is an important consideration to keep in mind. Fairs, on the other hand, cannot be included in an exhibition because they exist primarily to disseminate information about specific topics.