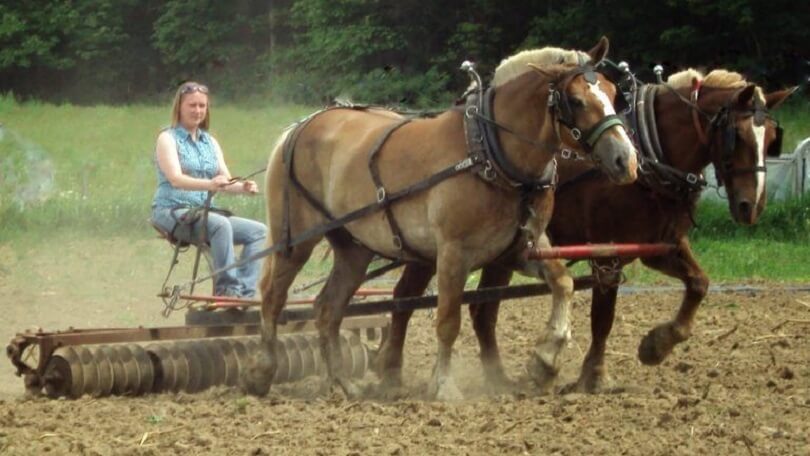 Agriculture, or the cultivation of crops, was first observed thousands of years ago. It was the driving force for people abandoning nomadic hunts and settling in towns.

Both ‘Plantation’ and ‘Farm’ share a lot of similarities. They all follow the same process for sowing, cultivating, and harvesting their crops. However, there are significant disparities between the two.

The primary distinction between a farm and a plantation is that a farm is a smaller plot of land used to cultivate commercial food or crops for the farmer’s family. A plantation, on the other hand, is a huge farm dedicated only to the cultivation of commercial crops.

A farm is a parcel of land that is used to raise crops and keep livestock. These agricultural operations may be carried out for the farmer’s personal profit or for commercial gain. On a farm, many crops can be cultivated at the same time.

A plantation is a big plot of land where agricultural activities are carried out for economic gain. Unlike farms, which can cultivate a variety of crops, plantations typically grow only one. This crop is subsequently sold on the open market for a profit. A plantation may include homes for the owner as well as the laborers who work there.

A farm is a parcel of land used to grow crops and raise livestock. This can be done either to feed the farmer’s family or for economic gain. More than one commodity can be cultivated on this land at the same time. All of them, however, are produced on a small basis.

A farm’s crops are either yearly or bi-annual in nature. This implies they have to be collected once or twice per year. This guarantees that the farmer receives a steady reward from his crops on a timely basis. Crops produced on farms are typically collected every monsoon.

A farm might be owned by a single individual, a family, a group of people, or even a corporation. The owner determines what type of farming is required. The farm might be transformed into poultry, aquaculture, dairy, or even wind farm. It all depends on what is made there.

On a farm, a number of types of equipment are required. Tractors, plows, hoes, balers, harrows,  and even combine harvesters are some of the tools used on a farm if it grows crops. The production process is faster and easier when these are used.

A plantation is a big farm where only one type of crop is grown. The crop could be a perennial, a spice, or a tree crop. They are grown solely for business purposes. They are sold to the market or straight to people after harvesting.

Rubber, opium, tea, cotton, coffee, jute, oilseeds, sugarcane,  fruits, chocolate, and a variety of other crops can all be cultivated on plantations. These crops are grown on a massive scale. They are usually genetically modified to offer them desirable characteristics. They are also more resistant to pests and diseases as a result of the changes.

Plantations permit higher wood output than natural forests, which is an intriguing fact. Because the trees have been modified, they produce a better and bigger crop than forests. Genetic changes conducted on timber trees in plantations are a good illustration of this. This aids the trees in producing a higher quantity of wood with straighter stems.

Some plantations are also used as farms or residences. These are plantations where crops are grown for farmers’ personal use and occasionally for sale. Timber and firewood are two examples of such crops.

Difference Between Farm and Plantation

The most obvious distinction between a farm and a plantation is the size of the former. Furthermore, the crops raised on a farm might be used for personal consumption or sold. Plants produced on a plantation, on the other hand, are grown solely for commercial purposes.

Despite the fact that both terms have a lot of similarities, they cannot be used simultaneously. Both of them utilized the same approaches and obtained the same results. Their scale of output, however, separates them significantly. Plantations produce on a much larger scale, whereas farms generate on a much smaller scale.