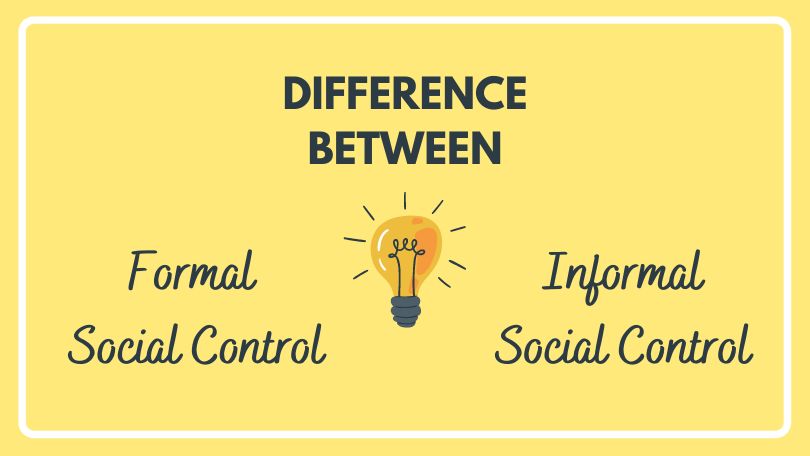 Chaos has become an obvious thing in society. Each carries their perception of the world and continues to work accordingly. This perception builds over the years and is dependent on family values, background, and experience. A civilized society that lives together recommends individuals to have mannerisms that have been set by the organization.

People often break protocol and act according to their ideologies. These ideologies and individual perceptions cause havoc in society. Rules are formed to outline people’s actions and ensure that everyone lives and behaves uniformly.

Any person who proceeds to break the set rules and guidelines has action taken against them. The set rules are to be followed by everyone irrespective of their gender, ethnicity, or religion.

The rules and guidelines are put down in every country’s institution to promote morality and good conduct. These standards are enforced through social control and help to attain social order. They work in a formal and informal environment and help to set order and bring stability into the system.

What is Formal Social Control?

These are set legal rules and guidelines formed to bring stability and justice. They are written and are meant to be followed by all citizens in a country regardless of their gender, race, beliefs, gender, color, or ethnicity.

The government enforces these set rules. Organizations that have a say in this authority include police officers, military, judiciary, employers of a firm or organization.

Formal Social Control is practiced by implementing the set rules and guidelines. The rules help to curb unethical behavior. Anyone breaking these rules has punishment imposed on them depending on severity. It may range from a small fine to a death fine to extremely severe cases.

In a formal workplace, the punishments imposed for failure to abide by the set rules and guidelines could be a contract termination.

What is Informal Social Control?

This is a casual way of imposing norms that are considered sane for human beings. The guidelines set in an informal social control help prevent a community from engaging in immoral behavior.

The set rules and guidelines are not written down but rather spoken by word of mouth. They are passed on from parents or by elders. They are taught from the ground up to help maintain stability and sanity in the community.

In a small community, the head of a clan is in charge of making decisions. They have the authority to give a final verdict if things go wrong. Punishment in an informal social control includes public embarrassment, but it could vary. Such punishment is to help strengthen the weak communities unable to abide by the set rules.

In conclusion, while everyone is entitled to live their lives as they please, some guidelines are important to help promote peace and morality.

The only way to have people abide by is not to be extremely harsh on them. Instead, being supportive and thoughtful helps to receive more reception to the set rules and guidelines.

The formal social control rules and guidelines are written down to prevent anyone from disapproving of them. They are written under fair means and work well for a large group of people such as a nation or state.

While informal social control has its ups and downs, it helps promote morality in a community. They are set as a foundation from the parents or heads of a clan.