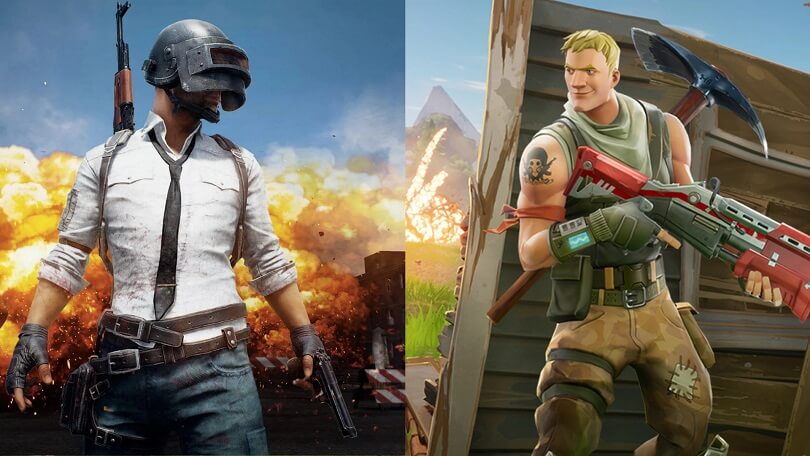 Internet gaming has continued to greatly increase. Everyone is getting crazier about internet games and videos. Gaming lovers eventually use their skills to grow, and for fame. They can stream the games online while playing on different platforms.

Two popular battlefield games played online include Fortnite and Playerunknown’s Battleground. They may sound similar but have their share of differences.

While Fortnite and PubG games are both available on mobile phones, they are entirely different from each other. The Fortnite game has all similar versions while the PubG has a different version from its mobile arcade.

There is sharing option progress on all versions of the Fortnite game. This includes versions on PC, Mobile, or Xbox. PubG on the other hand keeps its mobile players separate from the other versions. It is therefore a standalone mobile game.

Fortnite is a game that is based on survival. There are three versions of this game that share the same graphics and mechanics. It was developed by Epic Games and was released in 2017. Fortnite: Save the World, Fortnite: Battle Royale, Fortnite Creative are three popular modes of the Fortnite game.

PubG was developed by a South Korean video game company known as Bluehole in 2017 and is a multiplayer battle royale game. It was the movie Battle Royale that inspired this game. The movie was released in 2000 in the Japanese language. The PubG game is available on android devices, Xbox, Playstation 4, iOS, and Microsoft Windows.

Comparison between Fortnite and PubG

Fortnite is an online video game that was released in 2017. It comprises of survival, sandbox, and battlegrounds. Epic Games developed it. There are different game modes of Fortnite, which have the same engine, graphics, and mechanism.

-Fortnite Save the World- There is a huge storm that occurred and this game focuses on saving the world. 98% of the population has vanished as a result of the storm while some of them survived. The survivors are attacked by zombies but come back as commanders to collect special weapons, information, and samples in the storm. This game is meant for four players and was released in 2017. It can be found on Windows, Xbox One, macOS, PlayStation 4.

-Fortnite Battle Royale- The players in the game are airdrop in an airbus. The players are required to have weapons, a vehicle, and resources. They should stay alive until the end of the game to avoid being attacked by other players. When the safe area of the game shrinks, the players have to shift because failure will result in elimination from the game. The game was released in 2017 and can be played by 100 players at the same time.

-Fortnite Creative-This is a game similar to Minecraft. It allows the players to have freedom on the Island and has games within it like racecourses, battlefields, etc. It was released in 2018.

This is a multiplayer online video game. It is available on Windows, iOS, Xbox, Android, etc. It is a South Korean game that was developed in 2017. It was inspired by a famous Japanese movie called Blue Royale.

In this game, players are landed on an island and allowed to search for weapons to kill other players. As time continues to increase, the safe map area shrinks, and players come across other players to eliminate to save themselves. The last remaining player is considered the winner of the game.

PubG gained its popularity after its release and has since been the most played online game. It sold over 70 million copies for personal computers and game consoles. 734 million people have already downloaded the game and the number continues to increase by $4.3 billion. It has already been nominated as the best multiplayer game in 2017.

Difference Between Fortnite and PubG

In conclusion, both the Fortnite and PubG games are popular online video games with millions of downloads and thousands of active players. The Fortnite game allows casual moves during the game while pubG allows more seriousness during the game.

If you are looking for amazing online games to play with your friends that are both exciting and challenging, try Fortnite or PubG.