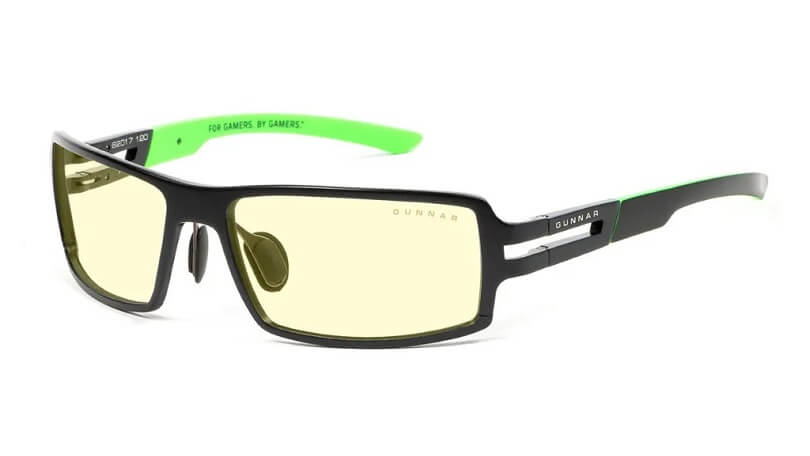 Gaming glasses are an important tool for every gamer. They protect one’s eyes from the harmful eyes that come directly from the screen. Apart from consoles, headsets, PCs, memory power adapters, gaming glasses have an important role they play in the life of a gamer.

If you want to be an influential gamer, you need to protect your eyes at all costs. Other issues you can prevent once you protect your eyesight are constant headaches. There are short wavelengths and a high blue light emitted by digital screens that could be extremely harmful to your eyesight. The blue light is more harmful than any other light and would cause a long-term issue of strain with your eyes.

While gaming glasses do not alter the color and perception of the game running on the screen, except when used with a yellow or amber lens, flux diminishes the blue color. The diminishing helps with ensuring that the color on the screen is comfortable enough for your eyes.

Gaming glasses are a product of safety glasses that help prevent your eyes from getting computer vision syndrome. A company known as Gunnar Optiks founded gaming glasses in 2007. This product is intended to protect gamers from harmful screen lights that could affect their eyes. Their advantage is helping gamers game for longer hours without feeling a strain on their eyesight.

Flux on the other hand is a computer program that helps to diminish screen light to a level that is comfortable for your eyesight. The color change is dependent on the current temperature. Gamers who have been engrossed in the game from morning till evening are protected from too much screen light by the Flux program. Color changes from bright light to an amber yellow as evening begins to set in. Flux intends to diminish the screen color to one that your eyes can accommodate without causing disruption or disarrangement to your focus on the game.

Comparison between Gaming Glasses and Flux

Gaming glasses are protection glass that protects the eyes from too much irritation that comes with too much screen light while playing games. They help dim the blue light from the screen to a more comfortable level of light for your eyes. Flux on the other hand is a computer program that controls the computer brightness to that which the user’s eyes can accommodate without much strain.

Gaming glasses look more like normal computer glass that contains blue shades and an amber lens that helps to support the screen brightness. The lightweight glass comes with a case and a microfiber cloth that helps to clean it. Flux is a color temperature program. That is the light changes according to the current temperature. This program is found on Microsoft Windows, Linux, macOS, Android, and iOS users.

Gaming glasses are mainly meant to reduce strain in the eyes. They reduce eye irritation, dry eye, cataracts, and macular degeneration. Flux, being a computer program and operating on diminishing light according to available temperature is more suitable for young people.

Gunnar Optiks founded the Gaming Glasses in 2007 to meet the health issues that gamers faced from too much light from the screen. Michael and Lorna Herff on the other hand founded flux in 2009.

The light blue lens that comes with the gaming glasses is to work against too much light from the computer. Flux on the other hand adjusts its light according to the user’s vision.

What are Gaming Glasses?

Gunnar Optiks founded gaming Glasses in 2007. Gunnar realized that gamers were greatly suffering from eye-related issues that came about from too much screen brightness. Gunnar is based in Carlsbad, California, US. He is a fashionista and is also in the manufacturing and retail industry. His production of eyewear and in particular gaming glasses has gained high popularity.

Gaming glasses have become helpful to gamers as they have helped reduce eye irritation that comes from too much brightness from the screen. Pacific University researchers in 2007 noted that gaming glasses have assisted gamers. They have improved screen contrast with their yellow-amber lens.

24/7 gamers have benefitted the most as they no longer struggle with eye strain. Their eyes are protected from blue light, dry eyes, eye fatigue, and distortion of color. The amber lens protects 65% of the harmful blue light coming from the screen.

This is a computer program invented to help users with eye problems use computer screens without strain from the bright lights. It adjusts the screen light according to the atmosphere. At night, light becomes dim. It changes to suit the user’s vision in the morning. Flux can provide color temperance for different things such as watching films in the dark.

Flux has helped to boost the melanin enzyme by adjusting the exposure to too much light. This has been proven by most bloggers. Flux adjusts the screen display by adapting to the current temperature protecting the user from imitent rays and too much light.

Difference Between Gaming glasses and Flux

In conclusion, we can confirm that gaming glasses are indeed different. They however have a similar purpose of protecting the gamer’s eyes from the harm that comes from too many light rays. They instead help to create a more comfortable gaming environment.

The improvising of these two has contributed to users’ good sleep and reduced eye irritation.