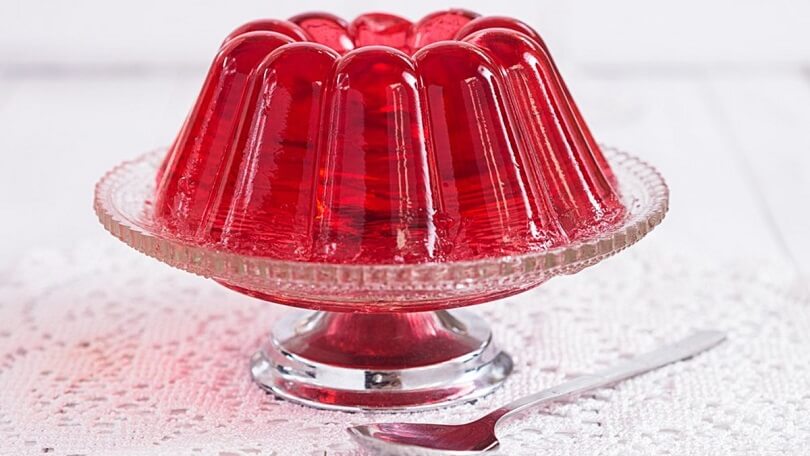 You may have tried jams, jellies, sweet scrumptious jelly cream pies, or other jelly delicacies. These are dietary products manufactured mostly from collagen protein found in animals, however, vegetarian replacements can also be used to make jelly. What distinguishes it from gelatin? Is gelatin also a food item?

The fundamental difference between jello and gelatin is that gelatin is a larger term that is used in a variety of applications such as food, pharmaceuticals, cosmetics, photography, and biotechnology, whereas jello is a narrower phrase that is mostly used in the food industry. Jello, often known as jelly, is created from gelatin generated from animal body parts. Jello is made with artificial sweeteners, sugar, fake colors, and a variety of ingredients, while gelatin is translucent, odorless, colorless, and tasteless. As a result, jello is a delectable delicacy that comes in a wide range of colors available.

Gelatin is a chewy material made from animal collagen protein that has been hydrolyzed. Collagen is a type of animal connective tissue that can be found in the bones and skin of domesticated animals such as cattle, chickens, fish, and pigs. Glycine, alanine, proline, hydroxyproline, arginine, and other amino acids make up this proteinaceous material.

Gelatin comes from the Latin word gelatus, which means stiff. It is odorless, colorless, and translucent, with a slight yellowish tint. It’s also referred to as a gelling agent. Gelatinous compounds are those that are formed of gelatin.

Gelatin is generally sticky, but when dried, it turns brittle. It has a wide range of applications, including pharmaceuticals, biotechnology, the food sector, and cosmetics. It is also employed in pharmacology because it has numerous health benefits.

Jell-O is a corporation that makes gelatinous desserts in the United States. In general, the name “jello” refers to edible things derived from gelatin and sugar, as well as added sugars, coloring agents, and other additions. Jelly is another name for it. Jello provides a variety of health benefits, but due to the chemicals and sugar in it, it should be used in moderation.

Gelatin is made by extracting it from animal parts, boiling it, and then chilling it. Then other chemicals are added, and the jello is made. Jello comes in a wide range of colors and flavors. They can be flavored with a variety of fruity tangs in addition to being sweet.

Jello is readily available in a variety of flavors as a prepared food product. Jello is used to make a variety of foods, including jello molds, jello pudding, and jello shots, which are made with vodka or rum. The agar gel produced from red algae such as gracilaria and gelidium provides a vegetarian alternative for making jellies.

Difference Between Gelatin and Jello

Jello is a gelatinous food product, and gelatin is a broad phrase that covers it. Jello is also known as jelly, while gelatin is traditionally known as a gel or a gelling ingredient. Jellies can be named gelatin, but gelatin isn’t termed jelly unless it’s been altered with sugar and other culinary additives.

The most notable distinction between the two is in their processing techniques, flavor, application, and appearance. Gelatin is made by hydrolyzing collagen protein, which is derived from animal skin, bones, and other body components. It’s tasteless, colorless, and translucent, and it’s utilized in foodstuff, biotechnology, cosmetics, and pharmacy, among other things.

Jello, on the other hand, is done by heating gelatin and then allowing it to cool. To make it taste better, numerous additives such as artificial sweeteners, coloring agents, fake tastes, and sugar are added. It’s most well-known in the farming industry.