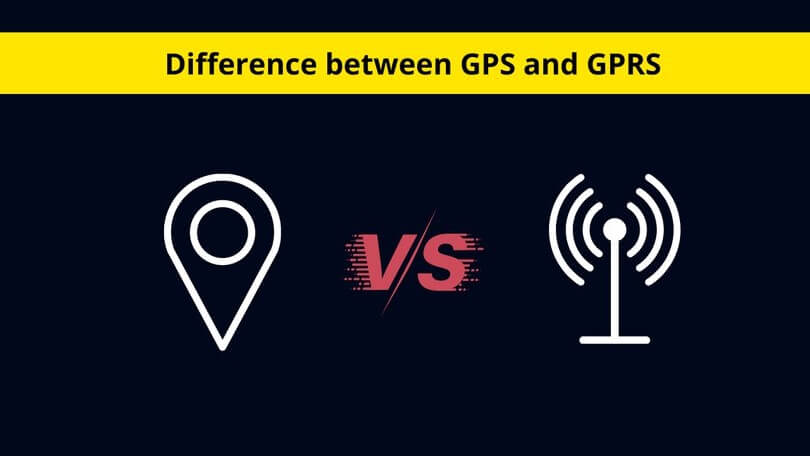 Technology has a vital role in our day-to-day operations. Regardless of where you are, you can never escape the salient importance of technology in our lives. There are many technological systems that are currently being utilized to simplify living. When you contemplate your daily life routine, you will understand how vital simple technology gadgets have increased our dependency on technology.

Technology has managed to cover every aspect of human life. This includes communication, traveling, entertainment, and even searching for details. GPS and GPRS are among the technological advancement that has simplified living. However, essential to note is that both GPS and GPRS only have a single letter between them.

Both GPS and GPRS are different technological systems used in mobile phones and other devices. GPS refers to a navigation system that accurately pinpoints locations of a headset with the assistance of a satellite. On the other hand, GPRS is a technological system used in transferring data through the application of a cellphone network.

The main difference that can be used to differentiate these two techniques is that GPS stands for Global Positioning System. It is a movable and portable navigation system that is available on smartphones. GPRS, on the other hand, stands for General Packet Radio Service. A technology used in transferring data on smartphones.

GPS is mainly a satellite-based navigation system. Its primary purpose is to offer positioning services. Therefore, GPS aids in applications such as mapping, surveying, and precision agriculture.

For GPS to work, it has to communicate with the satellites that orbit the earth. This makes it possible for GPS to be easily accessible on land, water, and air. GPRS, on the same, is a cellular-based technology. The primary purpose of GPRS is to offer reliable data and voice facilities.

GPRS, therefore, facilitates E-mailing access, video calls, and multimedia messaging. For such facilitation to be possible, there has to be a terrestrial tower to which GPRS communicates. GPRS range is also limited to land, making it only effective on the ground.

GPS, as earlier stated, is the short abbreviation of Global Positioning System. The main objective of GPS is to offer positioning services based on both latitude and longitude of a particular object. For GPS to function perfectly, it uses networks of satellites that move around the planet. A navigation device or smartphone with a built-in navigation receiver chip will get the signals from a satellite and help to pine the GPS location.

Every indicator usually is time-coded, making it possible for the device to calculate the proper distance between the moving satellite and the object. The GPS will combine four satellite interfaces based on the signal activation time and calculate the appropriate position.

This makes GPS systems an essential application for mapping power grids, defense, telecom, and agriculture. The online store will utilize the GPS location when shipping the parcel to the customer’s doorstep during online shopping.

It is important to note that GPS units are simply receivers; they send and receive the signals. The GPS satellite on the same broadcasts the message containing the accurate position of the device to Earth.

Even though most of the phones may not have a GPS receiver, another approach can be used in scanning a phone for WI-FI, checking its IP address within the network, and pinpointing the device location. However, this approach might be as reliable as the GPS approach.

GPRS is a short form for General Packet Radio Service. It is a famous cellular system that is standard for utilizing data transfer on the latest smartphones.

The introduction of GPRS on the first gadget was the 2G, commonly known as Edge. You may have noticed the ‘E’ symbol near your phone’s signal bar notification. It now supports a faster connection, currently known as 3G.

The primary purpose of GPRS is to ensure proper E-mail access, video, and voice calling. However, internet surfing and multimedia messaging also fall under GPRS.

GPRS can therefore be described as the sister to GSM (Global System for Mobile Communication). A technology that made it possible to voice call. GPRS, however, breaks the data into tinny packets for perfect connections.

Once there is an issue on the receiving end device, the missing data packet only gets recalled rather than starting the whole transmission process again. This perfectly explains the transfer of data through the internet.

Difference Between GPS and GPRS

GPS and GPRS are different technological systems that have helped in impacting the current World at large. While GPS is a positioning-based communication system that uses satellites, it has a vital role in defense, survey, and agriculture.

Both GRPS and GPS have a diverse and integral part in technology. They have made it possible for many things within the current society, both internationally and nationally.