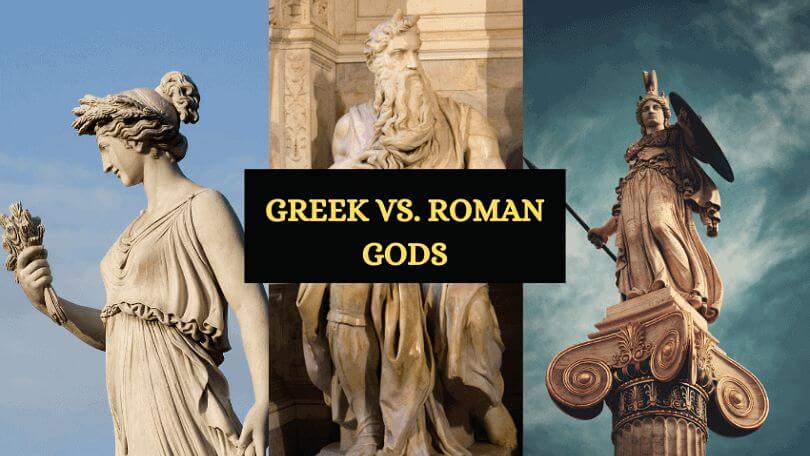 Belief in gods and the practice of worshipping them have been prevalent in communities from the beginning of time. These beliefs, as well as worshipping rituals and practices, differ from one location to the next. In order to appease the gods, people participate in a variety of energetic exercises, prayers, and even sacrifices.

Before the advent of Christianity, this worshipping culture was so widespread and serious that people relied on gods for favorable weather conditions and abundant harvests. Surprisingly, this is still a reality in a number of locations across the globe. The gods, according to some, are the only ones who can generate natural occurrences such as daily weather, dawn and sunset, and everything else that happens in the world around us.

Both Greek and Roman faiths are polytheistic, which implies that they believe in the worship of a number of different gods or deities. The Greeks and Romans believe in around thirty or more gods, depending on who you ask. Furthermore, the gods of all societies are almost identical, and they even possess the same abilities, but under different names in each society.

They both believe in a pantheon of twelve primary gods and goddesses. There are a lot of parallels and links between Greek and Roman gods, which is not surprising considering that the Greeks were the ones who inspired the Romans’ religious system.

What exactly are the Greek Gods?

Greek mythology is a collection of tales that were revealed to the ancient Greeks and is represented by the gods. They deal with the origins of Greek culture, the nature and actions of gods, notable individuals and their contributions, customs and rites, and the development of the Greek language.

Initially, Minoan and Mycenaean singers spread the mythology orally and poetically in the 18th century BC, a tradition that continues now. The Iliad, Homer’s epic poetry, and the Odyssey are among the works that have survived from the ancient Greek oral tradition. Some stories are also preserved in sections of epic poems from the Epic Cycle, Homeric Hymns, lyrical poems, and other works of literature.

The Greeks regarded the representations of the gods in a variety of domains and for a variety of reasons. Drinking cups and other containers were engraved with Greek stories, and coins were imprinted with pictures of the gods. The temple served as a place of residence for the gods and goddesses.

In Greek mythology, there are several notable deities, including Aphrodite, the goddess of beauty and desire; Apollo, the god of music and the arts; Ares, the god of bravery; Athena, the goddess of knowledge; and a plethora of others. When it comes to their deities, the Greeks had some strong opinions about them. They rely on them to a significant extent.

Homer’s Iliad has passages that, to some extent, address the everyday lives of the Greek gods, including what they were made of and how they navigated their way through existence in the human world. It also gives information about the people’s relationships with the gods, as well as how those gods were treasured.

What exactly are the Roman Gods?

Roman mythology is the organ through which the ancient Romans passed along cultural and informational narratives. The Roman religious system was primarily concerned with the literature and arts of the Romans. Despite the fact that several of the Roman myths have supernatural aspects, they are often viewed as historical accounts.

The religion of the Greeks had a significant impact on the mythology of the Romans. In a manner, the legends about Greek gods were reinterpreted by the Roman writers, who simply changed the names of the gods and renamed them after planets. Furthermore, there is a relationship between the Roman religion and the Etruscan religion as well.

In contrast to the Greeks, the Romans were more concerned with popular customs and rituals than with academics. In their writings and comments, they discuss religious cultures, norms, practices, prayers, and worshipping methods, as well as religious traditions. The gods were a powerful emblem of authority who also reflected the demands of everyday life.

The gods of Rome are fundamentally identical to their Greek counterparts, with the exception of their names. Roman mythology included a number of important deities, including Venus, the goddess of love; Mars, the god of battle; Neptune, the god of the sea; and other deities. The gods represent the pinnacle of military might and bravery, and as such, they are clad in military garb as a symbol of their status.

Interestingly, the Roman gods were disclosed and enumerated as a result of real-life observations made by the Romans, which is a fascinating fact. Additionally, the ceremonies and processes were all based on the knowledge gained from throughout the globe.

Difference Between Greek and Roman gods

To recapitulate, there are certain similarities as well as differences between the Greek and Roman deities. It is believed by both civilizations that there are twelve great gods, collectively known as the Twelve Olympians. The gods are all endowed with the same abilities. Despite the fact that they have different characteristics and physical looks.