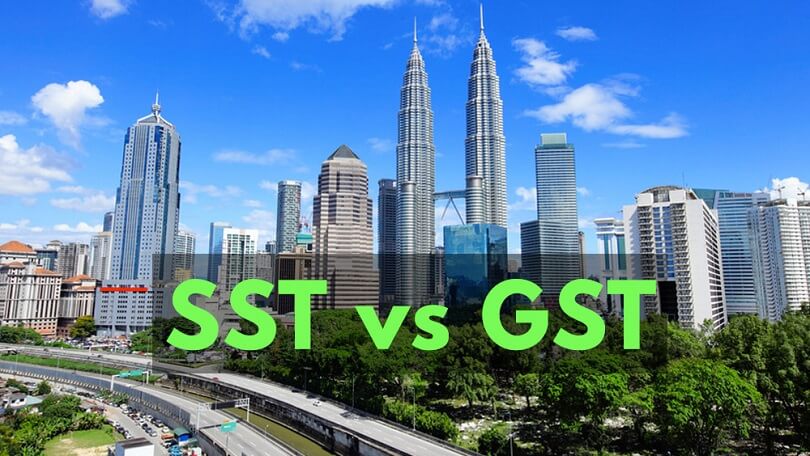 GST simply refers to an indirect consumption-based taxation system universally applicable throughout a national market. India has and is still putting measures to establish a single rate. On the other hand, SST is a sales service tax that is levied on all locally manufactured and imported products and services rendered. SST, therefore, levies different tax rates that lead to tax productivity decline over the years.

However, most countries have made the shift from SST to GST since SST is considered a narrowly based tax system that is locally imposed.

There are lots of differences that exist between GST and SST. However, the main difference lies that GST is considered an indirect and unified tax levied on both the supply and services of goods. SST, on the other hand, is considered as a service tax that is only levied on taxable services conducted by a taxable person, and the sales tax is only levied either at the consumer or manufacturer level only once.

GST simply refers to an indirect or unified taxation system. It applies to all the supply of goods or services such as supply, lease, transfers, and product sales, as well as the disposal of services and goods. However, human liquor consumption, natural gas, real estate, and petroleum are not included within the purview of GST.

GST, a multi-stage taxation system, provides the availability of input tax credits. The input tax credit is considered beneficial for all businesses. This, therefore, means that GST as a consumption-based tax system offers lots of advantages. These benefits include but are not limited to tax incidence reductions, reduced goods, and services price, creation of a unified national market, reduced tax multiplicity, and transparency are just but a few of the merits of GST.

France was the first country to introduce GST. It was later introduced to India in 2017 and became a very unique system. Just like India, Brazil, and Canada have also taken the initiative of adopting a dual taxation system that is under GST. With a unified GST system, tax collection falls under the central or union authorities and is later distributed to the provinces or states.

However, in a dual GST system, the state and center will separately collect the shares. A good example is India, where the model has been upgraded and does not follow the usual system of other countries at a single rate. India has a central GST or State Union Territory GST like SGST/UGST with an integrated GST, which is applied on the interstate supplies and payable to the government. All good and services except alcohol, tobacco, petroleum, and real estate stamp duty are grouped into four categories of slabs that includes 5,12,18, and 28% taxation rates.

Nevertheless, the most commonly used items such as vegetables, fruits, sanitary, handicrafts, and others have a GST of zero percent.

In Canada, the GST rate falls at 5%. However, other states charge a GST known as the provincial state tax (PST). PST changes normally range from 7 to 10%.

Before the introduction of GST, all countries used to follow the SST varyingly. This is the reason why there existed different State and Central taxes. This included the Central excuse tax, surcharges, cesses, and service tax, among others. The states used to levy all value-added tax India being one of them.

With SST, the sales tax is normally enforced in the manufacturing sector, while service tax is implemented in selected service sectors. However, the sales tax will only be imposed on a manufacturer once the sale is made to a retrial trader. This means that the sales of the goods by the retailer will not invite another sales tax. It is therefore easy to conclude that sales tax can be described as value-added taxation.

Service tax is imposed explicitly on selected services, also known as taxable services. In simple terms, services mean the help provided in any task or work performed by use of personal skills and any intangible services such as cooking, painting, medical assistance, and singing. All these are considered intangible services that offer different benefits to other people in various ways.

Sales tax, on the other hand, comes in different types. It is normally enforced on a manufacturer, mainly if the buyer is the final consumer. If not, and various middlemen resell the products to other buyers, then a resale certificate comes to play. Other types of sales tax will include wholesale sales tax, retail sales tax, VAT, Excise Duty, and octroi, among others.

Important to note is that sales taxes are considered regressive. However, its tax rates are always the same regardless of social class. This means it is never dependent on the income levels, thus burdening the less privileged.

Difference Between GST and SST

GST has gained popularity with over 1860 years worldwide implementing it. This has helped in overcoming the mishaps that come with SST. However, other countries, including Malaysia, recently decided to return to SST. Nevertheless, every country needs to try and balance both the disadvantages of SST and GST in order to eliminate or at least reduce the consumer burden.