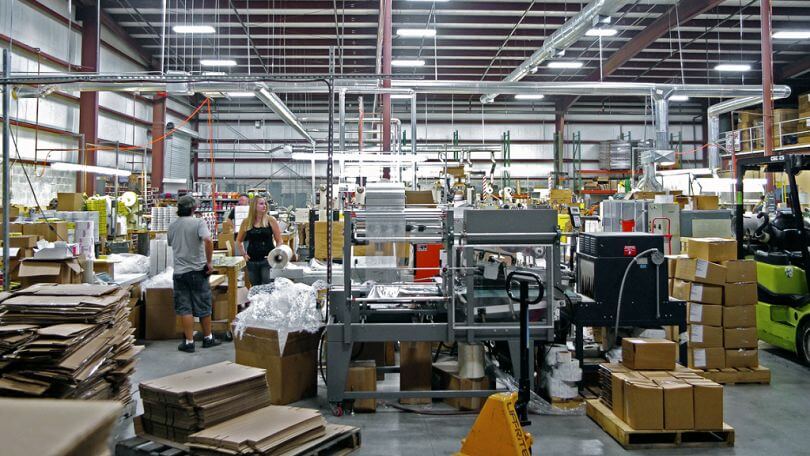 Doing business in the industrial and commercial sectors are two distinct modes of operation. They include a diverse range of businesses such as those engaged in the construction, sale, and manufacture of various items, as well as the film and music industries, among others. However, there are significant distinctions between the two kinds, ranging from the sorts of businesses that fall within their purview to the types of clients that they attract.

An industrial company is typically concerned with the production of goods; it does not become involved in other types of enterprises such as transportation, banking, and so on. The term “industrial land” refers to a geographical region that has a large number of industries. These structures are not designed to be visually pleasing since they do not tend to attract their target clients in this manner. For this reason, industrial zones are situated outside of cities, on large tracts of land that must be cleared for the construction of these structures.

Businesses that are primarily concerned with making a profit fall under the category of commercial enterprises. These firms are primarily concerned with providing service to their clients. They design and develop their building to be visually appealing and elegant in order to attract more clients. The site of a commercial business’s facilities should meet certain criteria, such as providing enough parking space and being in a well-known neighborhood, among others.

What is the definition of industrial?

Industrial business is one of the several types of businesses. The manufacture of items is the primary emphasis of the industrial company. It is important to note that they do not interfere with other particular companies such as transportation, financial services, and so on. An industrial area is a location that is densely packed with different sorts of enterprises. Because it takes a significant amount of land to create all of these industries, these places are often situated outside of urban centers.

In order to operate in the background, these enterprises do not seek to lure clients via their doors. They rather transfer their merchandise along to others who can resell the goods they produce. As a result, they do not design their structures to be visually appealing or lovely.

Industrial firms, due to the fact that they must carry commodities on a regular basis, often need certain services such as shipping, transportation, medical facilities, and so on. A big number of individuals spend a substantial amount of time at these locations, and as a result, they should be given sufficient care and attention. It is a large industry, and the majority of other firms rely on it for their survival and growth.

What exactly is commercial?

Profit-oriented enterprises fall under the commercial category, which comprises those whose main objective is to generate profits. These firms have a tendency to attract clients in order to generate more and more profit. And in order to do this, they make their buildings visually pleasing, which encourages more people to visit them. They also pay close attention to the upkeep of their buildings and provide a variety of services to their consumers.

In most cases, the buildings of such enterprises are situated in the city’s most well-known neighborhoods. A variety of reasons went into selecting this site, all of which may contribute to the growth of their firm. Some of these features include a convenient and large parking space, a pleasant and well-known neighborhood, a prominent location in the city, and so on.

Commercial firms, on the other hand, do not often need services like transportation or shipping. However, just like any other company, they need required amenities such as a medical facility, among other things. These firms may be reliant on industrial enterprises for the supply of raw materials and manufactured goods. Its primary emphasis is on providing excellent customer service. Malls, restaurants, small enterprises, and other similar establishments are examples of this kind of enterprise.

Difference Between Industrial and Commercial

It is possible to think of industrial and commercial as two separate types of businesses that are referred to by the same term. These might include the real estate sector, product manufacture and distribution, the music and movie industry, and a variety of other fields. Both of these forms, on the other hand, are significantly distinct from one another in a variety of ways.

The industrial business comprises the production of things and does not include any other kind of business, while the commercial company is concerned only with making profits. This is the most fundamental distinction between the two types of expression.

Industrial firms need a huge amount of land to be able to construct their manufacturing facilities. Due to the fact that they have no need to attract clients in urban areas, most of these manufacturers are situated outside of cities. Commercial firms, on the other hand, need a modest piece of property, which is generally located in a busy area with access to important utilities. Because their main goal is to service their customers, these firms are more likely to acquire new customers.