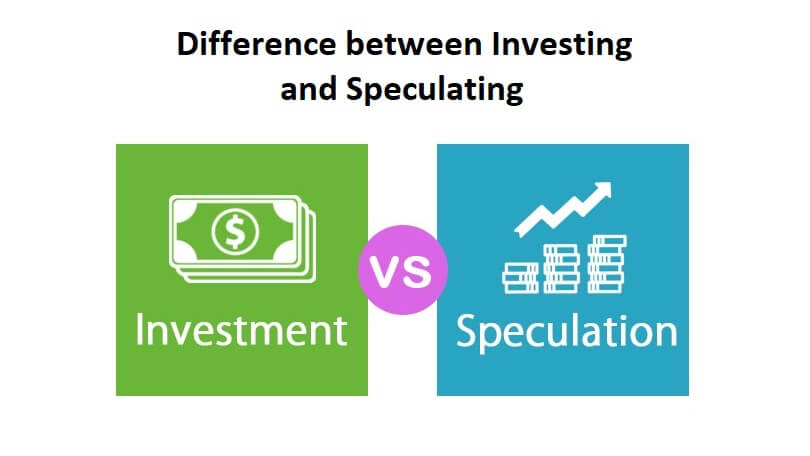 Business plays an important role in economic development. Economic growth and stability highly depend on the nation’s business activity. Therefore, the business has a vital role in the provision of goods and services. Any businessman’s decision-making approach has a great effect on all the future outcomes of profit and loss-making.

The business field features two kinds of players. This includes an investor and speculator. Both of these two players have to take better and calculated risks to gain profits from their selected investments and transactions. Money investment is a vital decision in each business plan. This means you must understand the main difference between speculation, investment, and future business outcomes.

Investors usually buy assets and financial products aiming at getting satisfactory profits and returns in the near future. On the other hand, investments are usually made with high expectation levels that the invested inputs or capital returns. Investments have to be made bearing in mind the business fundamentals, analysis, and market research.

Speculators invest in assets to intend the price to move up in their favor. However, this can also go the other way. Speculation is therefore based on the prediction theory of upcoming events. The speculative decision outcomes majorly depend on the events factors luck. This means it does not feature any certainty with the high-risk levels in speculation.

Investment is defined as the act of purchasing an asset with the main expectation of gaining profits in the near future. Speculation on the same is made with the objective of achieving higher returns. Nevertheless, speculation features a high-risk probability of loss-making. With speculation, the decision can easily switch either way.

Therefore, investment and speculation have a few similarities with lots of differences, as highlighted in this piece.

Investment relies on better market research, sensible investment strategies, and business experience. Investment is founded on security principles and a particular return on the invested capital. Every investment or transaction that does not follow such factors is simply categorized as speculation.

The main purpose for investors is to make sure there is a better holding is appropriate securities within moderate investments.

Investing is also done to safeguard and gain profits and returns in the future. Investment also guarantees the possibility of getting back your initial investment.

Investment relies on extensive and accurate market research with higher chances of getting better profits in the future.

The decision of investors is therefore based on cautious constructive attitudes. The investor has to remember the after-effects of every decision for the business’s future.

Investment is primarily long-term. This time duration can either be 1, 2, or years. Nevertheless, the returns of an investment are always continuous with a low failure probability. A good example is a real state or life insurance where the time horizon can go up to 25 or 30 years.

Some of the examples of investment include stock market, government bonds, blue-chip stocks, mutual funds, private equity funds, and value stocks, among others.

Speculation highly relies on future predictions of an existing market fluctuation. Speculators normally try to benefit from the ups and downs associated with market fluctuations. Nonetheless, this methodology is very uncertain as the probability of a loss is always high. Market fluctuation is the basic foundation of speculation.

Since investments are made to make profits, speculation is all about gaining profits. Nevertheless, speculation features higher returns or profits and a high probability of failure.

Speculation also does not rely on more profound and extensive market research or experience. Speculators work through a speculation-based approach that is based on market rumors or tips, market fluctuation, gut instincts, and the ups and downs of stocks.

Speculator decision is founded based on an aggressive and careless attitude. This means that it’s a risk that speculators have to take, knowing very well they can lose everything.

Speculation, therefore, holds an uncertainty with the risk levels being too high. It is also short-term, with time duration being a day, six months, or at most a year.

Some of the examples of speculations include foreign currencies, cryptocurrencies, startups, and short selling, among others.

Difference between Investing and Speculating

Business market history has many examples of businesses that had to experience the rough side and people consequences for many people who decided to speculate on the hopes of having an ever-increasing stock price and quick money. Investing is different from speculating. However, speculative decisions can be used in boosting business profits.

The increase in speculative transactions increases risk factors. Knowing the main difference that exists between speculation and investment is therefore important for any business profit-making venture. Market research and evaluation work while relying on critical thinking and conversational wisdom is consequently a better option that has perfectly worked.