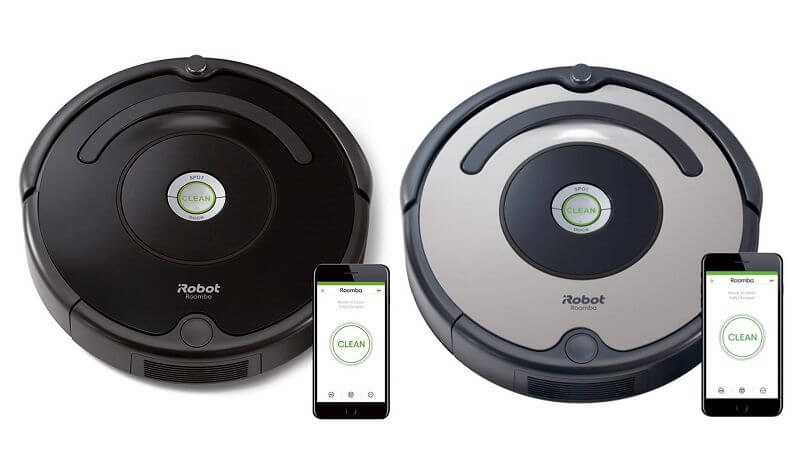 iRobot is well known for creating the most advanced and unique robot vacuums within the current market. From simple vacuuming of larger debris to mapping rooms that need cleaning, the range of iRobot Roombas can easily do this. The iRobot 675 came into existence as a new entry-level robot vacuum. It later evolved to Roomba 677 after a few additions that saw its price also go up.

iRobot 675 is mostly famous among people wishing to acquire a sturdy robot vacuum at an affordable price. This unique vacuum comes with the basic range features of an iRobot brand.

The first best feature of the Roomba 675 lies in the fact that it comes with dual brush technology. This is an exclusive Roomba feature. The brush system has two brushes. The first brush is mainly a hand-plastic brush with a bristle-like arrangement. The brush is responsible for gripping dust easily. The plastic brush can easily dislodge dirt from a carpet or ground. The other small brush located within the bottom part of the Roomba is responsible for removing hard dirt.

Roomba 675 is controlled by the iRobot app. The app works by creating a schedule for your Roomba vacuum machine cleaning. It also sends a notification, especially when the device is stuck between furniture or is on a ledge. The app also indicates the device’s battery life.

Just like any other device, Roomba 675 has to be cleaned. The filters have to be replaced. The good thing with Roomba 675 is the fact that it comes with two filters.

Like any other machine, the Roomba 675 also has its shortfalls; one of the main disadvantages of the Roomba 675 is that it makes a lot of noise when cleaning, which makes it a turn-off for many clients. The app synchronization with the Roomba can sometimes be off, making the machine not follow the cleaning program accurately.

You also have to empty the bin once it’s full manually. On the other hand, this can be a challenge for people with dust allergies.

The other shortfall associated with iRobot Roomba 675 is the fact that it possesses room map-out software. This means it is very hard to direct the device’s movement.

The Roomba 677 was released as an upgrade of Roomba 675. It comes with just the same features as that of Roomba 675. Nevertheless, it possesses extra features that help the device understand which part of the house needs to be cleaned. This additional feature is known as Dual Mode Virtual Wall Barrier. This makes it possible for the user to restrict the device to a certain region within the room.

This feature was the foundation associated with the room navigation feature that was installed in the later models.

Roomba 677 will run for 90 minutes once appropriately charged for two hours. They also feature the RCONN Sensor that makes it possible for the Roomba to connect with a charging dock perfectly. They are controlled by Alexa and Google Assistant, whereby users can give orders through voice control agents.

The only disadvantage that comes with iRobot Roomba 677 is the fact that the device does not clean carpets properly. The dirt hidden within the carpet’s fabric is not easy to remove.

Difference between iRobot Roomba 675 and 677