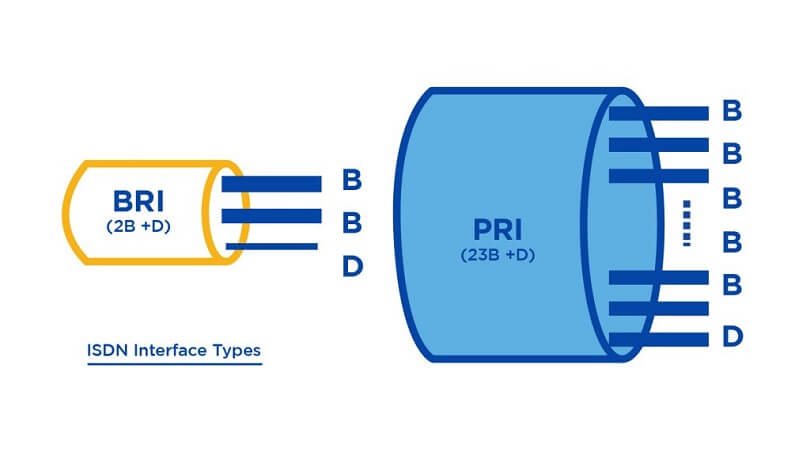 Communication has played an increasingly important role in the development of our modern world. The invention of the radio paved the way for a massive field that has made enormous strides and tremendous improvements in the ability to send and receive messages or data across the globe in recent years. Once upon a time, it would take days for a message to be communicated to a nearby city; today, it takes only a fraction of a minute for messages to be sent and received to any location on Earth. Broadband internet connections, along with voice over IP (VOIP) and DSL, are now widely used throughout the telecommunications industry.

For many years before the internet and VOIP (Voice over Internet Protocol), ISDN (Integrated Service Digital) was the standard in telecommunications because it allowed for the simultaneous transmission of video, data, and voice on the same digital line through the phone system, rather than on separate lines. As a matter of fact, ISDN was instrumental in the conversion of the analog telephone network to digital lines. The BRI (Basic Rate Interface) and the PRI (Primary Rate Interface) were the two primary types of ISDN (Primary Rate Interface). Despite the fact that BRI and PRI are members of the same category, the services they provide to their users are quite different.

When it comes to communication channels, the difference between BRI and PRI is significant. In the T-carrier transmission network, there are twenty-three bearer channels and one data channel dedicated to the PRI. BRI, on the other hand, has just two bearers and one data channel in the network topology it uses. Consider the fact that a single B channel has the capability of transmitting data at a rate of 64 kbps (kilobytes per second).

This information can be used to get a general idea of how fast communication would be in the PRI network because it transmits data at a rate of 1.536 Mbps (Megabytes per second), which is twenty-three times faster than the BRI network.

What is the BRI Interface?

The B channel transmits signals over a circuit-switch network, whereas the D channel transmits data over a packet-switched network. For data transmission, BRI makes use of a pair of single twisted wires. Because a single B channel can transmit data at a rate of 64 kbps, it is clear that BRI is unable to transmit data at rates greater than 128 kbps in any direction. The data channel has a transmission rate of 16 kbps and can transmit data in real-time. It was popular among households and small-scale businesses because of its inexpensive cost and ability to transport data at a slower rate than PRI, despite the fact that it had a slower transmission speed.

Because of its slowness and unreliability, BRI did not acquire widespread acceptance among major corporations. To be more specific, BRI serves as a baseline for basic service. BRI was originally intended for use in telephone service, specifically for subscriber lines.

What is the PRI Interface?

The abbreviation PRI stands for main rate interface. PRI was the primary interface for high-speed internet access when it first became available on the market, and it continues to be so today. There are two different kinds of BRI carriers. There are two types of carriers: T-carrier and E-carrier. It is possible to have twenty-three bearer channels and one data channel in a T-carrier arrangement. In the United States and Japan, the T-carrier arrangement is the most common. E-carrier, on the other hand, has thirty bearer channels and one data channel. In Australia and the European area, the e-carrier configuration is in widespread usage.

The fact that it featured a communication channel was the primary reason for its high-speed network connection. The transmission speed rises in tandem with the growth in the number of bearer channels. There are twenty-three bearer channels available, which means that the transmission speed will be around 1.536 megabits per second. Large corporations preferred PRI over BRI because of the faster data transfer rates.

Despite the fact that PRI was efficient and dependable, many began looking for other choices because of the high cost. As a consequence, the broadband network and voice-over-internet protocol were developed (VOIP). Slowly but steadily, the ISDN network (both PRI and BRI) began to lose its luster as a result of its high operating costs as compared to its rivals. Despite this, the ISDN network is still used to transmit high-speed internet in areas where there is no access to broadband internet.

Difference Between BRI and PRI Interface

Broadband Radio Service (BRI) and Public Switched Telephone Network (PRI) cleared the path for digital transmission of signal and data, which spurred other advancements in the telecommunications business. As a result, broadband and other network interfaces have taken up space that was previously held by the ISDN network. Despite the fact that BRI has been phased down, PRI is still in use in areas where internet access cannot be installed.