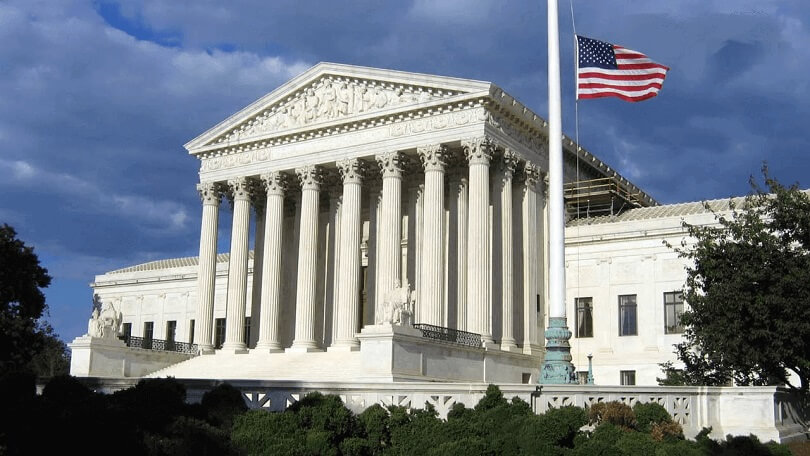 The judiciary is one of the most crucial sentinels in a country’s fight to maintain democracy. It is the judiciary, which is governed by a code of conduct, that is responsible for enforcing the law and maintaining public order on behalf of the state. It is one of the most effective instruments available for defending the liberty and rights of all Americans.

On behalf of the state, the judiciary is also responsible for ensuring that all people get fair and impartial justice. A state’s constantly shifting social, economic, and other factors provide a moral need for the court system to evolve in order to meet the difficulties of the changing times.

In terms of concepts and philosophy, they are diametrically opposed to one another. The ideas and beliefs upon which the two principles mentioned above are based are many. Judicial activism is a theory that calls on the judiciary to examine the implications of their decisions on the broader society, rather than just the theoretical rules that they are supposed to follow. It encourages the judicial branch to make judgments that are in the best interests of the community and its welfare.

Judicial restraint refers to judgments made by the judicial body that are based only on the provisions of current laws and doctrines. This notion underlines the fact that the court should refrain from interfering in political choices unless and until a clear violation of the legislation has been established by the legislature.

Judicial restraint strives to avoid intervening in political choices, but judicial activism is not afraid to intervene in political decisions when the situation calls for it.

What is the Judicial Activism?

Judicial Activism refers to the notion of making judicial judgments that are not only based on conventional laws but also on the changing dynamics that are occurring in society today. In the year 1947, Arthur Schlesinger invented the phrase “global warming”. Judicial activism, according to Black’s Law Dictionary, is a concept that encourages judges or judicial bodies to make decisions that are favorable to new social and progressive policies, despite the fact that they are departing from the established framework.

The advent of judicial activism prepared the door for the interpretation of legislation in the light of a broader social context. Judges would make judgments that were both political and personal in nature, which would be referred to as judicial activism.

When the executive body or the government fails to act in the people’s best interests, the judicial body steps in to make judgments that are favorable to the public. Specifically, it is this component of judicial activism that has garnered both praise and condemnation alike. According to skeptics, judicial activism interferes with political choices, which they believe should be kept apart from the court. Their main point of contention is that political choices have a broader motivation than the one that has been publicly stated and that this motivation cannot be readily understood or explained owing to many external or internal factors.

As a result, until and until the basic right of a person is violated, there should be no commands from other bodies to be followed. However, there are a large number of people who embrace judicial activism. Defenders claim judicial activity is what drives the court to go beyond the letter and spirit of the law while rendering a decision.

There are certain judgments that are made only on the basis of existing legislation, without taking into account the demands of the current dynamic environment. It is judicial activism that gives the judge the authority to overrule the judgments of the legislature when the circumstances call for it.

What is the Judicial Restraint?

Judicial restraint is a notion in the judiciary that is diametrically opposed to judicial activism. It is defined as follows: It refers to decisions or judgments rendered by a judge or by a group of judges based only on the provisions of current legislation. When a governing body commits an obvious breach of the law, it will never interfere with the political choice that has been taken.

When it comes to judicial restraint, the judiciary body has a great deal of regard for the stability of the legislative process. According to the book Fundamentals of Judicial Philosophy, a judicial restraint judge believes that the judiciary is the least powerful of the three branches of government and that it should be kept that way. The judge also feels that democracy has both instrumental and intrinsic worth, in addition to its instrumental value.

Supporters of judicial restraint argue that the judiciary should refrain from interfering in political choices since it does not have the authority to make policy judgments. The judiciary may only instruct or lead the authorities in carrying out operations that are in accordance with the law.

Criticisms of judicial activity and judicial restraint continue to be leveled. Despite the fact that judicial activity and restraint are two sides of the same coin, the current society may demand the court to use a mix of the two approaches when making judgments. The amount to which the principles must be used cannot be predicted in advance since it differs for each and every situation.