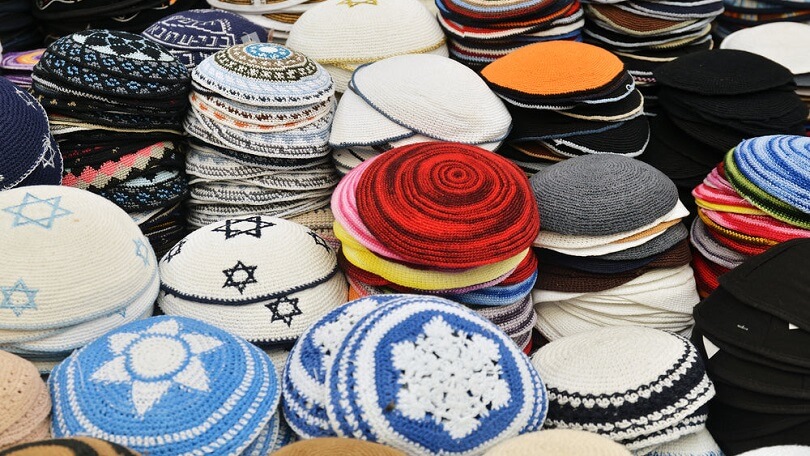 Many civilizations and customs call this world home. Traditions and customs are found everywhere and they range from languages to culinary preferences, clothes to celebrations. People display their beliefs and traditions through any of the above mentioned. Clothes play a major role in identifying with a tradition, just like any other phenomenon. Other than just determining culture, they also help to preserve it.

Kippah and Yarmulke are types of headgear that are used to identify with certain kinds of traditions. While both are worn on the head, they do not serve the same purpose. They are slightly different in what they are used for.

The kippah is derived from the Hebrew language while Yarmulke is derived from the Yiddish language. They both refer to a cap of a similar design. Most people who practice the Judaism tradition wear a cap over their head. Unlike earlier days, how often and who wears this cap has now been limited to orthodox religious people only.

Kippah in Hebrew is a word that means dome. There are languages and areas that prefer this cap as a prison as most prisons used to have domes as roofs. Jews wear this cap over their heads. Materials used to design this cap include cloth, silk, or wool.

The Jewish people wear this cap in order to fulfill their religious obligations.

Yarmulke on the other hand is still a kind of cap and was derived from the Yiddish language. The difference between this cap and the Kippah is their origin and meaning. The two words that join each other to form the name Yarmulke are Yarei-Malka which means ‘fear of the king’.

Comparison between Kippah and Yarmulke

In Hebrew, Kippah is a word or term that is used to define a dome. The fact that it is used to cover the head is the main reason it is likened to a dome. In the Talmud language, the Kippah can also be referred to as a prison. Prisons back in the day used to have roofs above them that had the shape of a dome.

There are certain Jewish communities that were raised to believe that having the Kippah over their heads was necessary as it was a sign of honoring their religious obligations. In the Talmud community, the caps symbolized the sovereignty of God over humanity.

Multiple Kippahs can be referred to using a different term which is Kippot. These caps have revolutionized in terms of upgrades as times have also continued to change.

Yarmulke simply refers to the Kippah caps. The only difference is the origin of the term which is the Silvis language which was further known as the Yiddish language. Yarei Malka and Yarei Malka are two Aramaic languages that mainly refer to the King’s fury. The Ashkezanic group of people that practiced Judaism wore this particular headgear.

The headgear was worn on a daily basis. Two other terms that refer to this same cap are Yamalka or Yamalki. It was an ethnic type of clothing for people who practiced and professed their religion. Over time, the cap has had various upgrades that include color and textures that include yarn, wool, and silk.

Difference between Kippah and Yarmulke

In conclusion, we can say that different types of people wear different types of clothing for certain reasons. A few of these reasons include religion and culture. Judaism, practiced by the Ashkezanic community who wear the Yarmalka caps is practiced to adhere to a system of laws and obligations. The head caps can become a mandatory type of headgear for the Jews.

Kippah and Yarmulke show how the Jewish people wear the same cap. The only difference is the languages from which they were both derived, but they almost serve similar purposes.

At the end of the day, both caps help to fulfill certain religious obligations that must be adhered to. These caps help to set certain communities apart because of their beliefs.