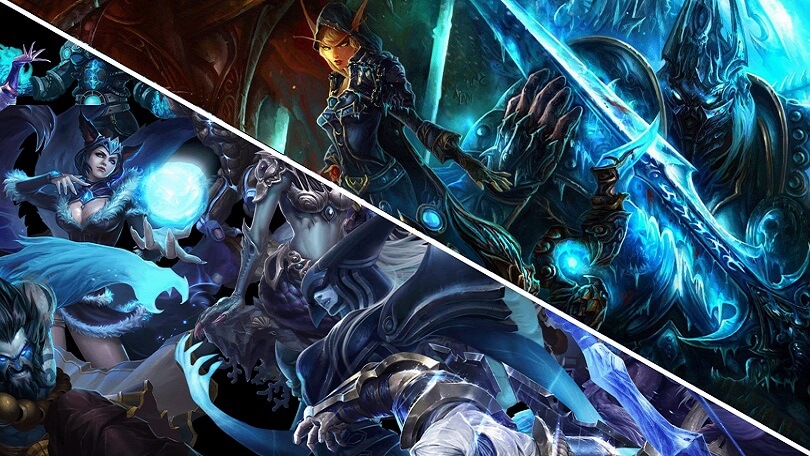 League of Legends Vs. World of Warcraft

The main difference between these two games is that League of Legends is a MOBA game while World of Warcraft is an MMORPG game. In terms of levels, WOW is a little more complicated than the LOL game. LOL has 11 million players and is more popular than WOW.

League of Legends is a simple game of the PVP. It is commonly known as LOL and is an online multiplayer battle arena video game.

LOL was released in 2009 and is a free-to-play online game. Players can be customized as it has a purchasable player customization option.

World of Warcraft is a PVE game that is a little complicated for beginners. It is an online multiplayer roleplaying game and is commonly referred to as WOW.

A company known as Blizzard Entertainment and based in America released the game in 2004. There are 10.3 million active users of this game. Players have the option of changing avatars as well as exploring an open game world.

Comparison between League of Legends and World of Warcraft

What is League of Legends?

The Riot Games released this online MOBA game. A custom map is made available for the players and it is a free-to-play game. The game was released on October 27, 2009, for the Microsoft Windows platform specifically.

League of Legends is a player Vs. player game. There are two teams that both comprise five players. The battle of each team is to destroy the Nexus of the team that is being opposed.

Both teams have their own Nexus. Game modes made available for this MOBA game include Summoner’s Rift, ARAM mode, and Dominion.

Anyone is free to install and play this game because it is free-to-play. Riot points can be bought by players using their own real money and can also add additional skin for the purpose of playing.

This is the reason the game has become a favorite for so many people and continues to be played over time.

The LOL game can be played on various platforms that include Microsoft Windows, Mac OS, and Macintosh Operating Systems. According to data, this particular game has reached a total of 115 million monthly players.

What is World of Warcraft?

Another name for this game is WOW. It is an MMORPG game. An American company known as Blizzard Entertainment came up with this online game in 2004. Players have the option of controlling a player avatar. There are landscape adventures that players can experience during this game. Players can also fight with monsters and interact with other players.

Features included in this game are Orcs and humans, Warcraft 2: Tides of Darkness Warcraft 3: Reign of chaos. The game is played in a fantasy world and players have the option of interacting with nonplayer characters as well as exploring different avatars.

Winning players get rewards like gold and weapons. This is not a free-to-play game. Players need to pay a subscription fee. The game is only available on platforms such as Windows and Mac devices. The game has gained such huge popularity as there have been 100 million accounts already created.

Difference between League of Legends and World of Warcraft

In conclusion, we can say that online games have become very popular. Our lazy lives have found a way to revive through these available online games.

Apart from the bad and negative effects, these online games can have, they are also a way to build our strategic thinking and communication skills.

League of Legends and World of Warcraft are games that have gained high popularity within a short period. The games are different because they both require their own different specialties.