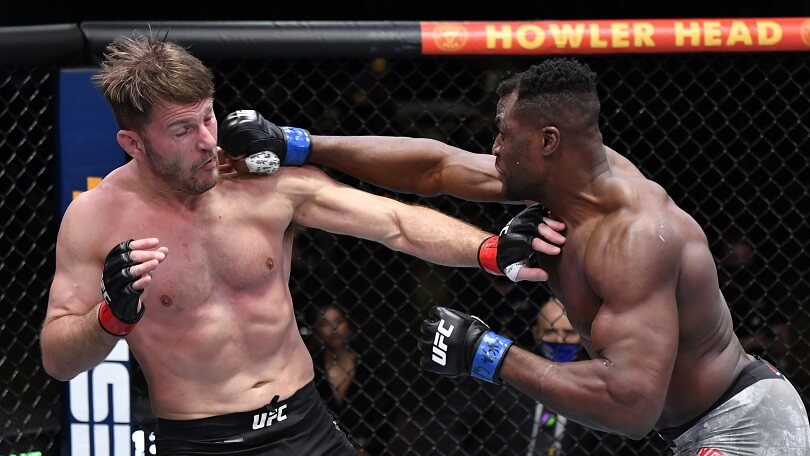 Almost everyone talks about MMA when they talk about the UFC. The UFC is not MMA, and MMA is not UFC, as is the case with the discussion of basketball versus the NBA. These are two hot topics.

Because of this, MMA rules may be different in different parts of the globe than the UFC. These regulations can be very different. In Japan, MMA, for example, fighters may kick their opponent’s head, even if he is lying on the ground. Greg Hardy and other UFC fighters have been disqualified because of this. Although most MMA organizations follow the same rules, there are still differences between them.

Nobody knows the exact date when MMA was first created. One of the earliest examples was in 1976. Muhammad Ali, one of the greatest boxers of all time, faced mixed rules match against Antonio Inoki (a well-known Japanese professional wrestler).

Although this could have been considered one of the first MMA bouts, it was a horrible one. It was meant to be a one-sided fight, but the men realized that they would have to face each other in real life. Inoki wanted to box but Ali didn’t know how, so Inoki made a sneaky move.

Inoki, who was trying to get Ali to fall on his back, crawled to Ali and kicked Ali multiple times. Ali wanted to box with Inoki, but he didn’t want him to get to the ground. Although the fight was a draw, it set the foundation for MMA.

Early MMA groups like Vale Tudo in Japan and Brazil were founded. They had the same idea of having skilled people fight one another. These MMA groups were not popular in the United States until 1993 when the UFC was created.

UFC and MMA are two different sports. The UFC is the organization that organizes MMA fights.

UFC is the ultimate fighting championship. Its headquarters are in the United States. The UFC was founded to promote martial arts. Robert Meyrowtiz and Rorion Gracie were the UFC’s founders. Art Davie was also involved in the launch.

MMA means mixed martial arts. Although mixed martial arts has only recently been recognized, they have been practiced for over 100 years. The sport is full-contact and allows the player to use both striking moves and wrestling in either standing or on the ground. These sports were played in the past with rules similar to the ancient Olympic combat sport of pankration in ancient Greece. Later, it was also used in Roman times.

The sports of MMA has gained popularity in the 21st century when millions of people have become a fan. This sport is also popularized by the UFC Ultimate Fighting Championship.

Mixed martial arts can be described as a combat sport in which two opponents aim to dominate one another using three tactics: finishing holds, striking, and controlling. The rule allows fighters to use a variety of martial arts techniques such as kicks, joint locks, and punches. A player wins by knocking out another opponent or stopping a referee, competitor cornermen, and/or the fight doctor. Mixed martial art is also a modern style of martial arts that incorporates many techniques and theories from other sports martial arts.

UFC stands for Ultimate Fighting Championship and is the biggest mixed-martial art organization in the globe. This organization showcases the best mixed martial arts fighters using a variety of martial art styles and disciplines. EA SPORTS UFC3 was the new name for the UFC game series. The standard UFC fight between two players lasts five minutes. The title fights between the fighters can be extended beyond the five-minute mark. Referees can end a fight if one of the players taps out due to submission, or if the fighter is unable to defend himself.

UFC has promoted MMA most prominently. They use all other promotional materials that exist or have been used to advertise MMA. UFC is the largest stage for mixed martial arts talent and hosts many, if not all of them. UFC has its own format, which is not shared by other fighters. UFC currently has eight classes. This means that there are different weight champions to face the top challenger. UFC’s issue title shot leaves fans scratching their heads.

Difference between MMA and UFC

It is important to note that MMA and UFC refer to two distinct entities. The UFC Ultimate Fighting Championship sells mixed martial arts. Mixed martial arts can be described as a combat sport in which two opponents aim to dominate each other using three main tactics: control, finishing holds, striking, and control.

UFC (ultimate fighting championship) is an organization that promotes martial arts. UFC has its own format for martial arts fighters who will be playing in the championship. It is not shared with the other.