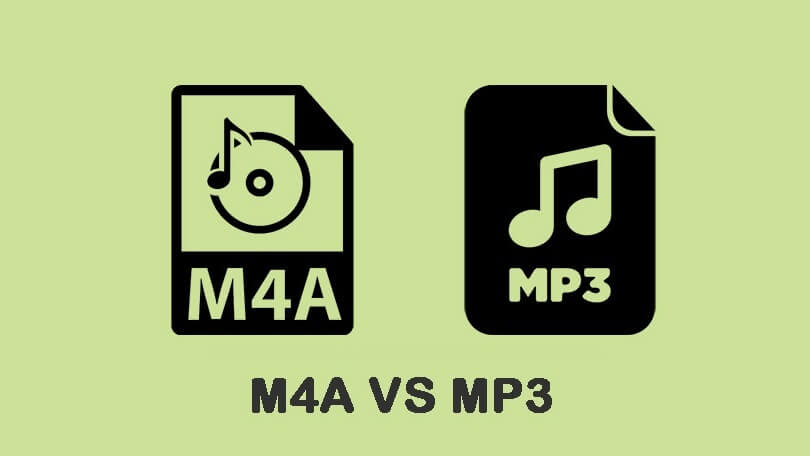 Everyone loves to listen to good music and great podcasts. It is even getting better because there are now available audiobooks. They can be accessed through mobile phones, laptops, PCs, etc. The downside is that a few of us know the formats through which these are all available. Before you can access them, they go through the process of compressing and later stored in different forms such as MP3, M4A, and MP4 among others.

Both formats once compressed are available in audio form only.

The difference between these two audio forms is the quality of the sound. MP3 when compared to the M4A has very poor audio quality. The MP3 came into the market first. M4A, therefore, is a successor of the MP3. MP3 compresses the audio files in a larger size as compared to the ones compressed through the M4A.

Comparison between MP3 and M4A:

MP3 is also known as MPEG-1 Audio Layer III or MPEG-2 Audio Layer III. It is an application that compresses and stores files in digital forms. Among so many popular audio files in the market, the MP3 format is available in the market. MP3 popularity is decreasing by the day with rising audio file formats. However, most people still prefer it. It was brought to being by the Fraunhofer Society.

Mp3 does not support any other file formats except audio files. Since it compresses the audio files in extremely large files, it alters the audio quality. One exceptional feature of MP3 is its ability to compress files and get about a tenth of the space that was there initially.

Mp3 was extended from an initial audio file form known as the Mp2. The MP2 contains the same MIME type which is audio/MPEG.

The advantages of using the MP3 Format include:

Apart from these advantages, there is one downside to using MP3 file formats:

This is a file format also known as MPEG-4. It is mostly known as the MPEG-4 container format. It is an extension from the official file format, m4a. The MIME type for this file format is audio/M4a.

ISO developed MP4 with an intention of encoding songs in either Lossy Advanced Audio Compression or encoding the same in Apple using the Apple Lossless Compression. MP3 is believed to have been succeeded by the AAC format.

M4A comes with a few advantages that include:

The M4A also has its own share of disadvantages that include:

Difference between MP3 and M4A

In conclusion, we can confirm that both Mp3 and M4A are audio formats, which both have a provision for audio files only. MP3 comes in one format which is the MPEG while M4A has a capacity that supports audio formats only.

M4A completely ruled over the market after its development. This is regardless of the fact that it is only supported by Apple and compresses audio files only. There is no limit to the size of audio files that you can compress with M4A. The audio quality is on top of its game.

Mp3 on the other hand operates differently. The larger the compressed file, the more the audio quality is tampered with.

While one could confuse these two audio formats, they have major differences. One, the M4A does not support any files that come with video. However, when compressing the audio files, it does not matter the size. The sound quality will still be great. Mp3 on the other hand completely alters the quality of the sound like the size of the audio file to compress increases.