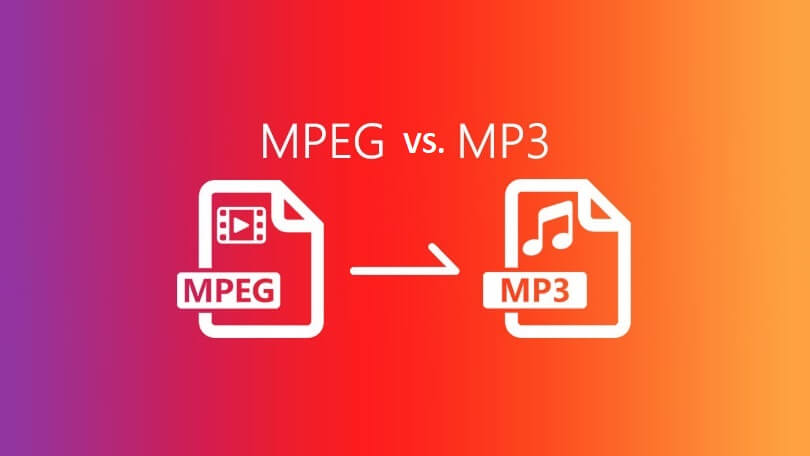 The media has certainly played a major role in every individual’s life. The media stores and manages memories in form of files. These files can be accessed shortly. Media has been extensively used to capture and freeze memories that have been retrieved at a later date. That a form of media is commonly used for audios and videos.

Audios and videos are usually very large files. As such, storage can be an issue especially if you want to do it permanently. However, to have an easy time with storage, the large videos and audios will need to be compressed. In olden days, such files were stored in CDs or media players. Today, these same files are stored in two famous formats called the MPEG and MP3.

The main purpose of the creation and development of the MPEG format was for the compression and transmission of both audio and video files. The compression done using MPEG reduces the file sizes in a way that the file quality is not tampered with. Once the files are converted, they can be stored on CDs.

MP3 on the other hand is considered a larger format of the MPEG. This format helps to compress and transmit audio files only. Once the audio files have been compressed, they are stored in suitable media players. These media players support storage of data in megabytes and not gigabytes.

Comparison between MPEG and MPC

The full name for MPEG is Moving Pictures Experts Group. It came into being in 1988. At first, MPEG had just 500 members. With time, however, it continued to grow and gain huge popularity. The main reason MPEG was created was to support compression of video and audio files.

The reason MPEG came into being was to compress audio and video files into smaller sizes that could be accommodated in their desired storage devices. The good thing about file compression is that it does not hinder the quality of the audio or the video. Quality remains intact. Once the files are compressed, they are stored in CDs and VCDs.

MP4 is most common and popularly used by most people. Files are compressed, transmitted to mobile phones and other like devices.

MP3 is known as a smaller version of the large MPEG. It is known in full as MPEG-1 Audio Layer 3. The main reason this format was developed was to compress audio files only. It deals with audio media files. The lossy audio files that are compressed and managed by MP3 are stored in media players. MP3 was the only format that allowed storage of compressed files in portable media players that were famous during MP3’s introduction.

Mp3 was the very first format that allowed the compression of audio files. All files were compressed into megabytes and not gigabytes. This made it easier to store them into smaller files instead of using compact disks. There are media players who have embraced the MP3 as their standard format. Mp3 was so popular in terms of its usage but ever since the introduction of its extended version, it is no longer in use. Other formats that have replaced the MP3 include AAC and WMA.

Difference between MPEG and MP3

In conclusion, both media formats have been in use for a long time and have continued to gain popularity.