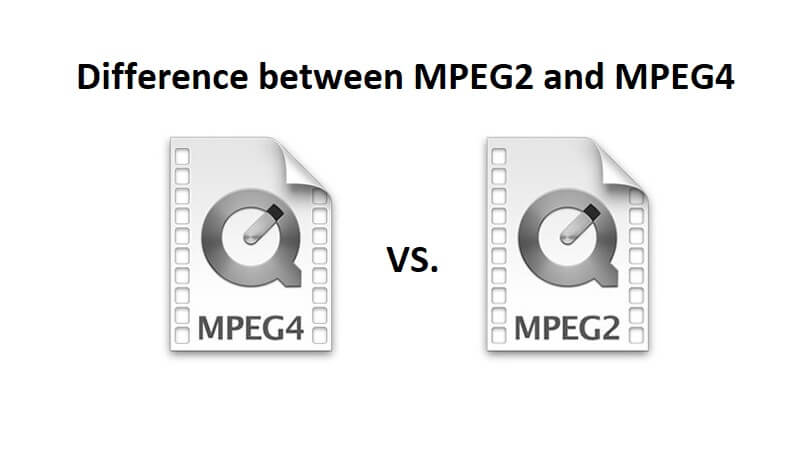 MPEG stands for Moving Pictures Experts Group. It was created and developed to assist with video encoding according to their desired standards. The two major standards are commonly known as MPEG2 and MPEG4.

The main difference between these two formats is that MPEG2 was mainly created to encode videos and it is also compatible with DVD media. MPEG4 on the other hand does not compress the files. Instead, it makes them available on portable devices and makes it possible to stream these videos from the internet.

MPEG2 was developed with the main purpose of encoding videos on DVDs. DVD media is a platform that emerged when MPEG2 was developed. It was after this that online streaming was introduced. MPEG2 was not compatible and videos could not be streamed through the platform so MPEG4 was created and developed.

All challenges that were encountered by MPEG2 at the time were sorted out by the development of MPEG4. While both MPEG2 and MPEG4 platforms could maintain the quality of the videos streamed online, it was obvious that MPEG4 was doing better.

and media players. MPEG2 on the other hand did not have any compatibility with these devices. MPEG4 is also more preferred in compressing and providing video files in smaller sizes.

Comparison between MPEG2 and MPEG4

MPEG was developed in 1995 with an aim of encoding or copying videos on DVD media. To compress these videos, MPEG2 uses a block-based eight-by-eight DCT. During this year, the DVD platform was booming and was quite popular. That is why MPEG2 at the time was considered ideal for video encoding. One advantage of MPEG2 is that the encoded videos maintained very high quality.

One disadvantage however was that the file format could not compress the videos that were too large. That is why encoded videos through MPEG2 are stored in DVDs because of their size.

MPEG2 files are known to be very big. They are more ideal for TVs and DVDs. That is why television dish networks prefer this type of format. When it comes to quality, MPEG2 is certainly better than MPEG4. A broader bandwidth is needed in MPEG2 than it is in MPEG4 for compression and storage of files.

To know the videos encoded using MPEG2, you will find them in formats such as MPEG, m2v, mp2, mp3, and MPEG extensions.

A simple algorithm for compression of files is used by the MPEG2 format which helps it retain high-quality videos. During the compression process, MPEG2 will discard information in portions to avoid altering the frame of the image.

The only portion of the file that is saved is the one with any newly added information. MPEG2 also has compatibility and can be used with Blu-ray disks.

MPEG4 was released back in 1999. At the time of its emergence, the internet had already begun to take speed. Videos were emerging online and the practice of streaming was already becoming popular.

The reason an extended version of the MPEG2 was necessary was the fact that it was not compatible with most devices. Challenges that were mostly experienced by the MPEG2 format were overcome by the MPEG4.

MPEG4 allowed compatibility with most portable devices that included mobile phones. It also worked quite well with media players. An additional advantage of the MPEG4 is being able to compress a file making it smaller in size.

MPEG4 has gained popularity due to the need for a low bandwidth as well as its small size and low transmission requirements.

Difference between MPEG2 and MPEG4

In conclusion, we can confirm that both MPEG2 and MPEG4 are formats used globally for the compression and transmission of videos. MPEG has parts that range from MPEG1, MPEG7, and MPEG21. From these parts and formats, MPEG2 and MPEG4 have gained the most popularity.

MPEG2 is compatible with DVDs and Television broadcasts because of its high video quality. However, it has a disadvantage whereby videos cannot be streamed or transmitted online using this format. The main reason behind this is the fact that MPEG2 requires very high bandwidth and does not have compatibility with portable devices.

There were several challenges experienced with the use of the MPEG2 format which led to the development of the MPEG4. MPEG4 overcame all the challenges that MPEG2 was experiencing.

With the little bandwidth needed by the MPEG4, streaming and transmitting videos online becomes a very seamless task. While both formats are widely used all over the world, MPEG4 is more versatile as it supports online streaming which is what most people prefer to do today.