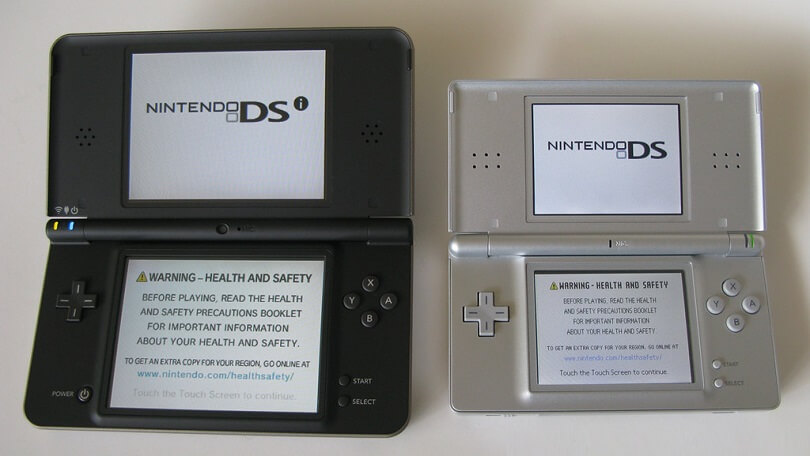 DS Lite version, therefore, features a sleek and more compact body with a weight of around 218g. This unique model also features a significant improvement in its design when compared to its precursor. The design improvements equipped the DS Lite model with a perfect bright screen than its counterpart, the Nintendo DS console.

The remarkable difference between Nintendo DS and DS Lite models lies in the fact that the previous model is considered to be heavy and bulk. The Nintendo DS was, however, the original model that was launched under the DS range. It is, therefore, larger than its counterpart DS Lite version.

What is Nintendo DS?

Nintendo DS was launched in 2005 with the original DS model. This unique and revolutionary gaming console featured a 3 inch LCD screen with a powerful 850 mAh rechargeable battery. The Nintendo DS model design made it compatible with the Game Boy Advanced software and also the Nintendo DS software of that time.

This DS console is ranked among the heavier and also bulkier gaming consoles. The console features a weight of around 275g and doesn’t have the complicated and advanced design sophistication that comes with the new models. This console also offers a relatively poor battery backup. It provides a short battery span of 10 hours of interrupted gaming. This is a significant limit, especially when you compare the Nintendo DS with its current successors.

More so, the console’s 4 hours recharging time is also longer when compared to the other models within the same range. The console features an AC adapter connection point, stereo connection, and Game Boy Advanced slots. Generally, the Nintendo DS assisted in creating a better way for more advanced consoles that followed subsequently and were launched by Nintendo.

What is Nintendo DS Lite?

This model has managed to remain true to its purposes and is slightly lighter than its predecessor. The console has a weight of 218g; it is also an easy-to-use device with better controls. The enhancement of the Nintendo DS Lite design is outlined within its prolonged battery life. This means Nintendo DS Lite has the ability to last for longer hours than the Nintendo DS.

With a 1000 mAh battery, this console model will provide you with a better-augmented battery life span that extends up to 19 hours. This is a massive improvement considering the poor battery life span of the previous consoles. The battery charging time was also reduced to only three hours.

Nintendo is a well-known brand that has for many years produced the best gaming devices. The company has managed to live up to its name even after many years and with lots of other competing gaming companies. All of the gaming models produced and marketed by the brand are testimony of the company’s quality assurance. This includes the Nintendo DS as well as the DS Lite models.

Both of these two gaming consoles were manufactured with the ability to be compatible with different gaming software, including the Game Boy Advanced software. Each of these gaming consoles has its own advantage and disadvantage. Nevertheless, in terms of comparison, each console reveals unique and conspicuous differences.

The Nintendo DS console version still remains a commendable precursor to the newly improved DS Lite version. The new model, on the other hand, features the best improvement in terms of sleekness, making it has more advantage over the old models. This includes more extended battery life. Therefore in terms of which one is best, the DS Lite version will have to take the trophy without a doubt.

Nonetheless, the market is full of other gaming consoles, meaning you have to conduct better research to make an informed and definitive decision.