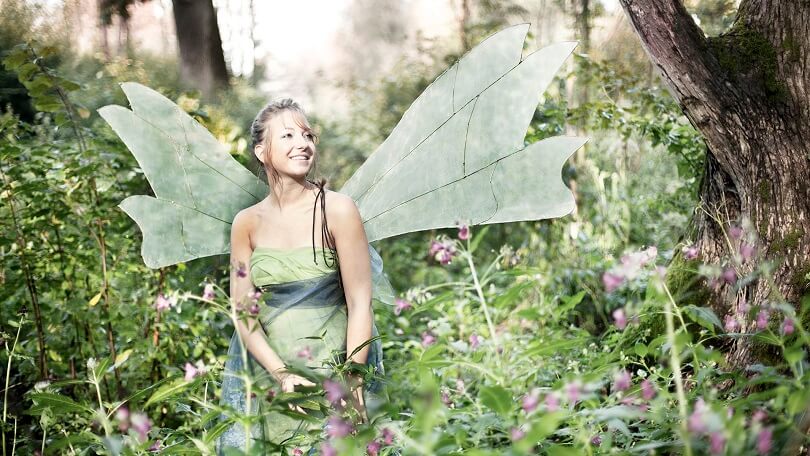 Since time immemorial, people have had beliefs of mythical beings like fairies and nymphs. These creatures have extraordinary powers. But most people confuse them as some believe they are one and the same mythical being.

For one, fairies are well known as compared with nymphs. Most people tend to think every beautiful mythical creature is a fairy. But in reality, the creature can be a nymph. Read along to find out the difference between fairies and nymphs.

The main difference between the two mythical creatures is in their origin. Nymphs are seen to be the size of human beings and can never be male. They usually take the role of a beautiful adolescent female. Nymphs are found in natural environments like mountains, trees, water, and forests.

If you have to see a young lady in the forest with magical powers, then you just must have seen a nymph. She is protecting the area. Conversely, fairies are the size of a thumb, and they can be either male or female. They live mostly in flowering plants. Originally, they didn’t have wings as people thought, but as time went by, those fairies with wings became famous.

They are wise and benevolent creatures. The evolution of fairies came with a negative taste in peoples’ mouths. This made them be seen as bad luck and mischievous creatures.

The word nymph is coined from the Greek word “nymphe”, which means young lady, bride, and young wife. In Today’s dictionary, its meaning is that of a virgin or a woman who is at the peak of her attractiveness or a maiden. At times such phrases are used by females to address each other. They are female nature deities and are believed to be personifications of nature who are different from Greek Goddesses and are tied to certain places. They are seen to be beautiful maidens and not immortals. They live longer than humans.

They are classified into five categories, namely land nymphs, water nymphs, plant nymphs, underworld nymphs, and celestial nymphs. They are believed to be divine spirits intertwined with nature. The beautiful maiden loves to sing and dance, and if you happen to be in the forest, you can be lucky and hear them singing. They mostly live in valleys, mountains, trees, groves, grottoes, rivers, and springs.

They live longer than humans and cannot die due to illness and old age. But they can die of other causes. If a nymph mates with a god, they bring forth immortal offspring, but since the nymphs are not fully immortal, their offspring can die. Nymphs are different from gods, but gods can take the form of a nymph. The gods that are nymphs include Hermes, Pan, and Dionysus. There are various literature, art, and fiction works where they have depicted such mythical creatures. They usually are seen in places distant from humans.

Fairies are known as creatures of fey. Just like nymphs, they possess powers and are mythical creatures. People from different cultures have a distinguishing view concerning the fairies. If you are looking at today’s perception of fairies, it depicts them as genies. The most popular is the tooth fairy. When your child has taken out her tooth, they place it under the pillow for the tooth fairy to pick and replace it with a gift.

The word fairy has lineage with the modern English one faerie, which means realms of the fays. The faerie was derived from Old French one faerie, an abstract noun. The fairie was derived from the Latin word “fata”. All of these words have the same meaning describing the fairy as a woman skilled with magic and knowledgeable when it comes to herbs, the virtue of words and power, and stone.

They are believed to have originated from Gaclic, Germanic and Brythonic people. These creatures are considered wise and benevolent. Previously, these creatures were seen negatively, were often associated with bad luck, and were mischievous beings. These creatures love playing games and are tricky. This character made them to be viewed as evil.

For example, when people got lost in the woods, they blamed the fairies for playing tricks on them. When there was famine, missing children, and sickness, people blamed it on fairies. With that said, people devised means to get rid of fairies. These materials include cold iron, holy water, and rowan. They are thought to be fallen angels and arise from dead spirits. These are some of the reasons why the fairies are believed to be evil.

Difference between Nymphs and Fairies

These two mythical creatures have powers. And it’s really hard to differentiate one from the other. This is because both of them are human-like and are extraordinarily beautiful with powers. Nymphs are deities of nature different from Greek Goddesses. They are the personification of nature. They protect the places they dwell in.