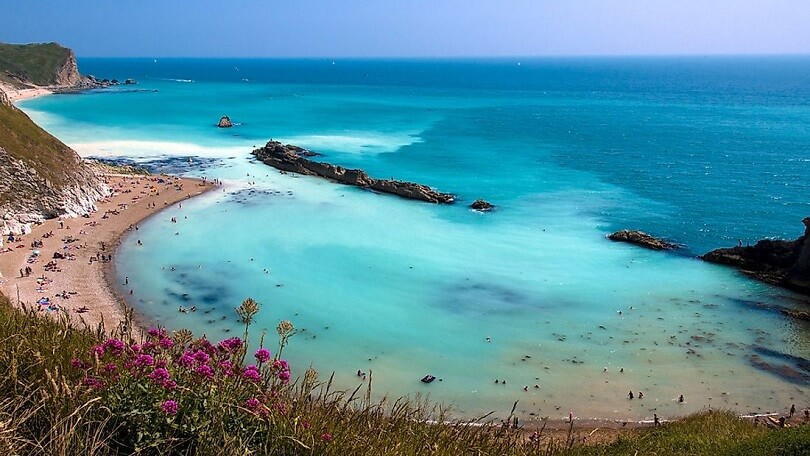 Ocean and Gulf are both water bodies. However, there is a lot of difference that sets these two water bodies apart from each other. This piece will try and explain the main differences that do exist between the ocean and the gulf.

The main difference between an Ocean and Gulf lies in the fact that an Ocean is defined as a large water body that is made up of saltwater. These regions are usually far from the mainland. Gulf, on the other hand, refers to a smaller water body that is close to land.

What is an Ocean?

An Ocean is a large expanse of the water body. They are the primary source for water distribution to different water bodies. This is due to the fact that the ocean divides into seas. However, an ocean can also become a bay after further divisions.

Rivers flow into the seas and then into the ocean. An ocean, however, consists of saltwater. The salt concentration, nevertheless, barely makes up two percent of the overall water concentration. Marine fish do well in ocean water, with other organisms such as invertebrates being present within ocean water.

Earth has four oceans which include:

The Ocean also hosts a wide variety of cnidarians, commonly referred to as corals. The Pacific Ocean still contains the most coral formation in the whole world. Australia, on the other hand, contains a unique reef formation popularly known as the Great Barrier Reef. This is a region that contains the highest corals concentration. It is located within the eastern side of the Australian subcontinent. A reef refers to the most populated region within an ocean.

Oceans also get to experience earthquakes. At times, these tectonic plates are usually present within the ocean floor shift, causing an Earthquake. The energy that is dissipated from such events is what causes Tsunami activities on land.

The ocean, therefore, plays a vital role in the maintenance of water cycles. It is the primary source of water that undergoes evaporation. Evaporation, on the other hand, is responsible for the formation of clouds.

What is a Gulf?

A gulf refers to a small water body that has close proximity to land. A gulf is therefore surrounded by land, which allows the water body to only connect to a sea or ocean through narrow regions. A gulf also features saltwater.

There are just a few gulfs existing within the world which includes:

The largest gulf of them all is the Gulf of Mexico. This gulf offer connection to several countries, including Mexico, Cuba, and the USA. The Gulf of Mexico also connects to the Atlantic Ocean. A gulf has a unique feature known as the Upwelling. Upwelling refers to a situation where more potent water that contains minerals and food rises to the earth’s surface. Upwelling offers a better place for fish ground breeding as well as other organisms.

Gulfs usually experience lots of human activities. This is due to the fact that most of the ports are located within the gulfs, particularly in the Suez Gulf. The Suez Gulf canal is normally crossed by a large number of ships every year. These ships usually carry oil from one nation to another, including the Arab countries to different countries. The Suez Gulf is located near Egypt and Israel.

For the Middle East, the Persian Gulf is mainly used for trade. This Gulf is used in connecting most of the Arab countries such as Iraq, Iran among others.

Difference between an Ocean and a Gulf

It is important to have a clear and better understanding of the differences that do exist between an Ocean and a Gulf. However, as much as the line between these two water bodies’ differences may seem blurry, it is proper to conclude that a gulf is closer to land. The Arabian Sea is a result of the Indian Ocean, a reason why it is close to India’s Western side.

The difference between a Gulf and a bay is also not that clear. But most people say that a bay is much smaller than a gulf. However, there are always some exceptions to such a case.

In general, both of these water bodies have lots of importance in the balance of nature. The Ocean is a significant water body source, while the Gulf has a vital role in human activities.